Disinformation by Banks and Finances and Prophecy from Vanga and Zhirinovsky 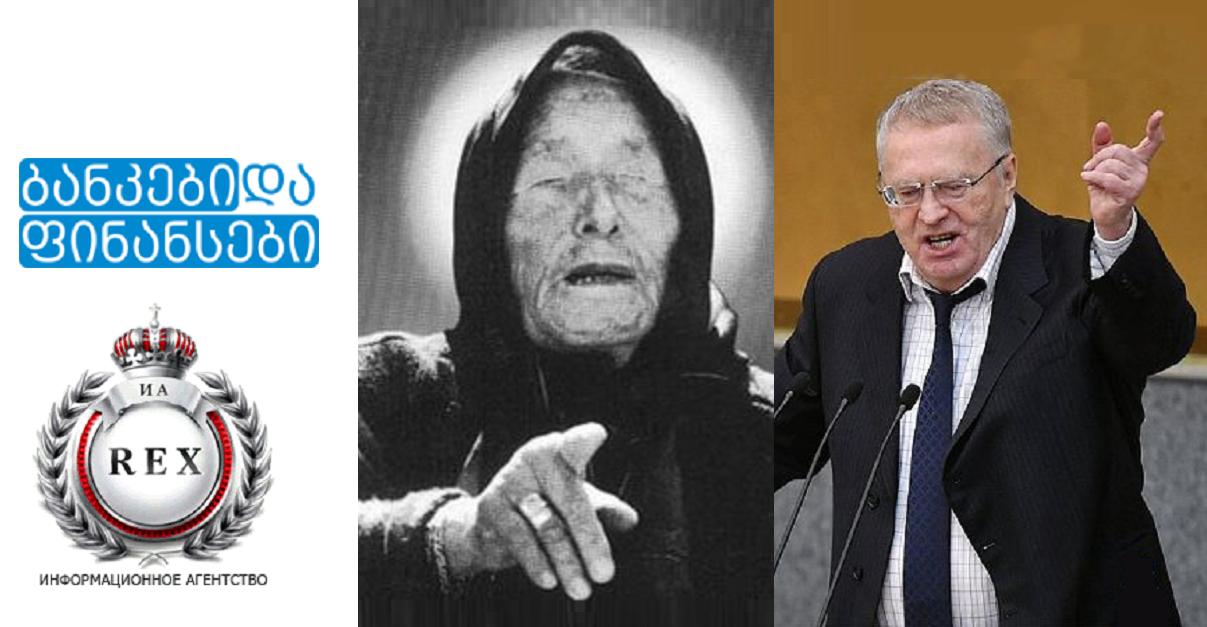 On February 20, an online portal Banks and Finances released an  article titled “European Commission considers option of Ukraine’s division.” The article reads that an informal working group created by the representatives of the EU counties within the European Commission held its informal meeting, where Ukraine’s future structure was discussed. According to the article, unfolding of Ukraine’s humanitarian catastrophe and incapability of the Ukrainian government to perform its functions were discussed as one of the main scenarios of future developments. The need for the involvement of peacekeeping contingents was highlighted to avoid the above mentioned developments. The article cites secret negotiations between Russia and the United States, which distanced the European Union from the issues of the Ukraine crisis resolution. Therefore, the working group was set up.

The article refers to Russian iarex.ru as its primary source and notes that although iarex.ru is a Russian website, “the fact remains worthy of attention.” Russian news agency ИА REX released an  article titled “Europe launches discussions on the options of Ukraine’s division” on February 11. The article did not appear in Russian mainstream media, though it went viral on Russian-language blogs and websites such as  expertnews.info,  rusfact.ru,  rusnext.ru,  naspravdi.info,  wpristav.ru on February 12-14. The reports disseminated by the Banks and Finances and ИА REX are false. The European Union continues its non-recognition policy for illegal annexation of Crimea and expresses its unwavering support for Ukraine’s territorial integrity and sovereignty. Russian-language websites use the image accompanying ИА REX’s article for disseminating conspiracy theories about Ukraine’s division. According to one of them, Bulgarian prophetess Vanga was the first to predict Ukraine’s division into three parts. The idea of Ukraine’s division was first voiced by Russian politician, Vladimir Zhirinovsky in 2014.

The European External Action Service notes on its website that the EU is unwavering in its  support for Ukraine’s territorial integrity and sovereignty and sees the full implementation of the Minsk agreements as the basis for a sustainable, political solution to the conflict in the east of the country. On March 20, 2014, the European Commission strongly condemned illegal annexation of Crimea and Sevastopol by the Russian Federation; since then it has been pursuing the non-recognition policy towards the annexed territories. The European Union has imposed political and economic sanctions against Russia in response to the illegal annexation of Crimea and has  extended the restrictive measures for several times.

On August 2, 2017, U.S. President Donald Trump signed the bill approved by the Congress on imposing new sanctions against the Russian Federation, Iran and North Korea. The  document emphasizes that it is the policy of the United States to never recognize the illegal annexation of Crimea by the Government of the Russian Federation or the separation of any portion of Ukrainian territory through the use of military force.

Accusing the West of Ukraine’s division is a Russian propaganda narrative aiming to disclaim Russia’s responsibility for Ukraine’s crisis. According to EU vs Disinfo, disinformation about the United States allegedly giving its consent to dividing Ukraine’s territory between Russia, Poland, Hungary and Romania was already disseminated in April 2016.

About ИА REX. The editor of Iarex.ru, Modest Korelov has been declared persona non grata in Latvia and Lithuania.

Russian news agency ИА REX disseminates anti-Western content and it frequently posts articles by Arno Khidirbegishvili, editor of pro-Kremlin news portal Sakinform, where he is  referred to as an expert at ИА REX.

ИА REX’s article reads that according to one of the scenarios discussed at the meeting of the informal working group, if a humanitarian catastrophe unfolds in Ukraine and the government fails to perform its functions, peacekeeping contingents will be brought into the country. The material emphasizes that each peacekeeping contingent will establish control “on its own part of former Ukraine”. The image accompanying the article depicts Ukraine split into several parts under control of Russia, Ukraine, Hungary, Romania and Poland. The same image was posted on Russian-language websites as an illustration of conspiracies spread at various times. A news portal Полуостров Новостей wrote on January 6, 2017 that Bulgarian prophetess Vanga predicted Ukraine’s division shortly before her death. According to Stockinfocus.ru, “the signs of fate” have predicted the division of Ukraine. For example, a soldier fell down on the red carpet during President Petro Poroshenko’s inauguration; moreover, a tram dubbed “United Ukraine” derailed in Dnepropetrovsk.

The idea about Ukraine’s division among Russia, Poland, Hungary, Romania and Ukraine itself was first voiced in March 2014 by Russian politician and then deputy chairman of the Russian State Duma, Vladimir Zhirinovsky. In a letter sent to the governments of Poland, Romania and Hungary, Zhirinovsky proposed dividing Ukraine along the lines of the Molotov–Ribbentrop Pact between the Nazi Germany and the Soviet Union and suggested that regions in Western Ukraine hold referendums on breaking away from Kiev and incorporating into the above mentioned countries. The Russian politician wrote that “it’s never too late to correct historical errors.”

The Polish Foreign Ministry spokesperson dismissed the letter as a “complete oddity” and regretted some Russians “still think in terms of the Molotov-Ribbentrop pact.”