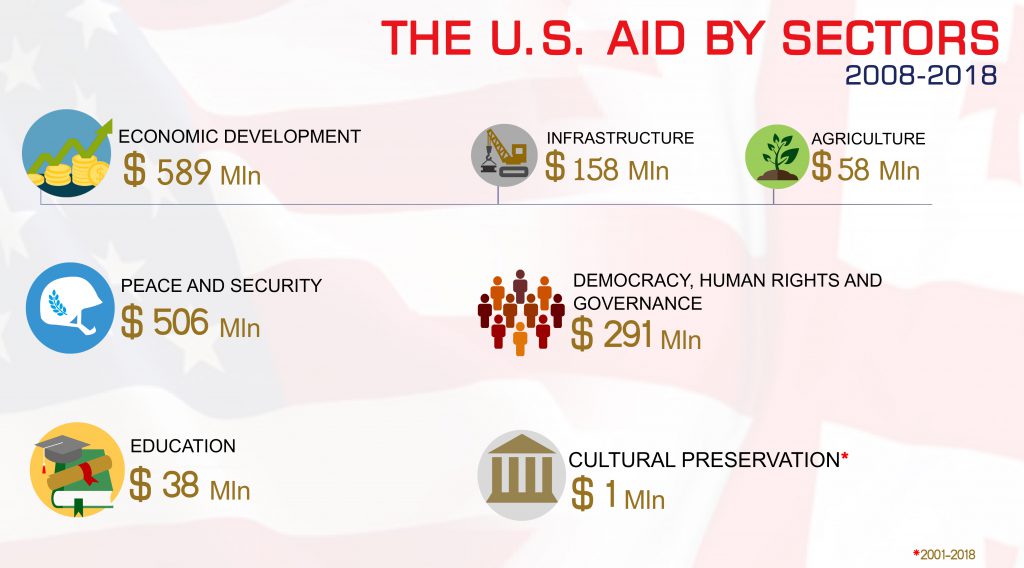 On March 14, 2019, Sakinformi news agency released an article headlined “Why are American investments in Georgia directed only to armament, military training and anti-Russian propaganda?” Sakinformi claims that the United States federal budget for fiscal year 2020 allocates funds to Georgia only for military purposes as well as to counter Russian influence. According to Sakinformi, Washington does not provide financial aid to Georgia in the spheres of economy, agriculture, education and institutional reforms and assists the country only in defense and military spheres, as it is in its own interests.

Sakinformi’s claims as if the 2020 draft federal budget will provide only military aid to Georgia and simultaneously help the country fight against Russia represent disinformation. The draft budget envisages assistance to boost Georgia’s economy and law enforcement, to consolidate democracy and develop the country. Noteworthy that over the past decade (2008-2018), the United States has allocated over USD 890 million to Georgia’s agriculture, infrastructure and other economic sectors, as well as to the education sphere and the country’s democratic and institutional development.

1. The 2020 federal budget envisages assistance for Georgia not only in defense sphere, but also in the spheres of economy, law enforcement, democracy consolidation and development of the country.

The 2020 federal budget submitted by the U.S. President’s Administration to the Congress envisages allocation of funds to Georgia not only to strengthen its defense sector and counter Russia’s malign influence, but also to support the programs on boosting economic, law enforcement sectors and development in the country, as well as to fight against drugs.

The Congressional Budget Justification released on March 12, 2019 names Georgia as one of key strategic partners. According to the fiscal year 2020 budget, USD 26.4 million will be allocated for International Military Education and Training (IMET) program in Europe and Eurasia; USD 75 million will be allocated for Foreign Military Financing program; and USD 308 million is envisaged for supporting the security of countries on Europe’s eastern and southern frontiers, as well as for countering Russia’s malign influence. Georgia is part of the above listed programs.

It should be noted that the program on supporting the security of countries on Europe’s eastern and southern frontiers will promote integration of these countries into western structures, as well as consolidate democracy, good governance and rule of law in the region.

According to the U.S. federal budget, USD 38.5 million will be allocated to Georgia within the Economic Support and Development Fund; International Narcotics Control and Law Enforcement request envisages a USD 3 million aid for Georgia.

The federal budget submitted by the U.S. President’s Administration is not final and may be amended.

2. A total aid allocated by the United States to Georgia over 27 years exceeds USD 3.3 billion.

During 27 years after restoration of its independence (1992-2018), Georgia has received financial aid from the United States exceeding USD 3 billion. A significant part of this amount was spent on the implementation of educational, agricultural, economic and institutional reforms in the country. According to the statistical data released by the U.S. Department of State in April 2018, the financial aid rendered by the U.S. government to Georgia in 1992-2017 exceeded USD 3 billion; moreover, Georgia received USD 108,030,000 in 2018 under the U.S. government’s foreign assistance program.

For example, the U.S. government renders financial assistance to protect Georgia’s cultural heritage.  The U.S. Ambassador’s Fund for Cultural Preservation (AFCP) has funded 14 preservation projects worth nearly $1 million, including a 2009 grant for USD 29,100 to conserve manuscripts and icons at the Svaneti Museum of History and Ethnography; a 2013 grant for USD 600,000 to preserve the Gelati Monastery. Last year, USD 199,600 was allocated to the Uplistsikhe project to protect and conserve this ancient rock-hewn town. 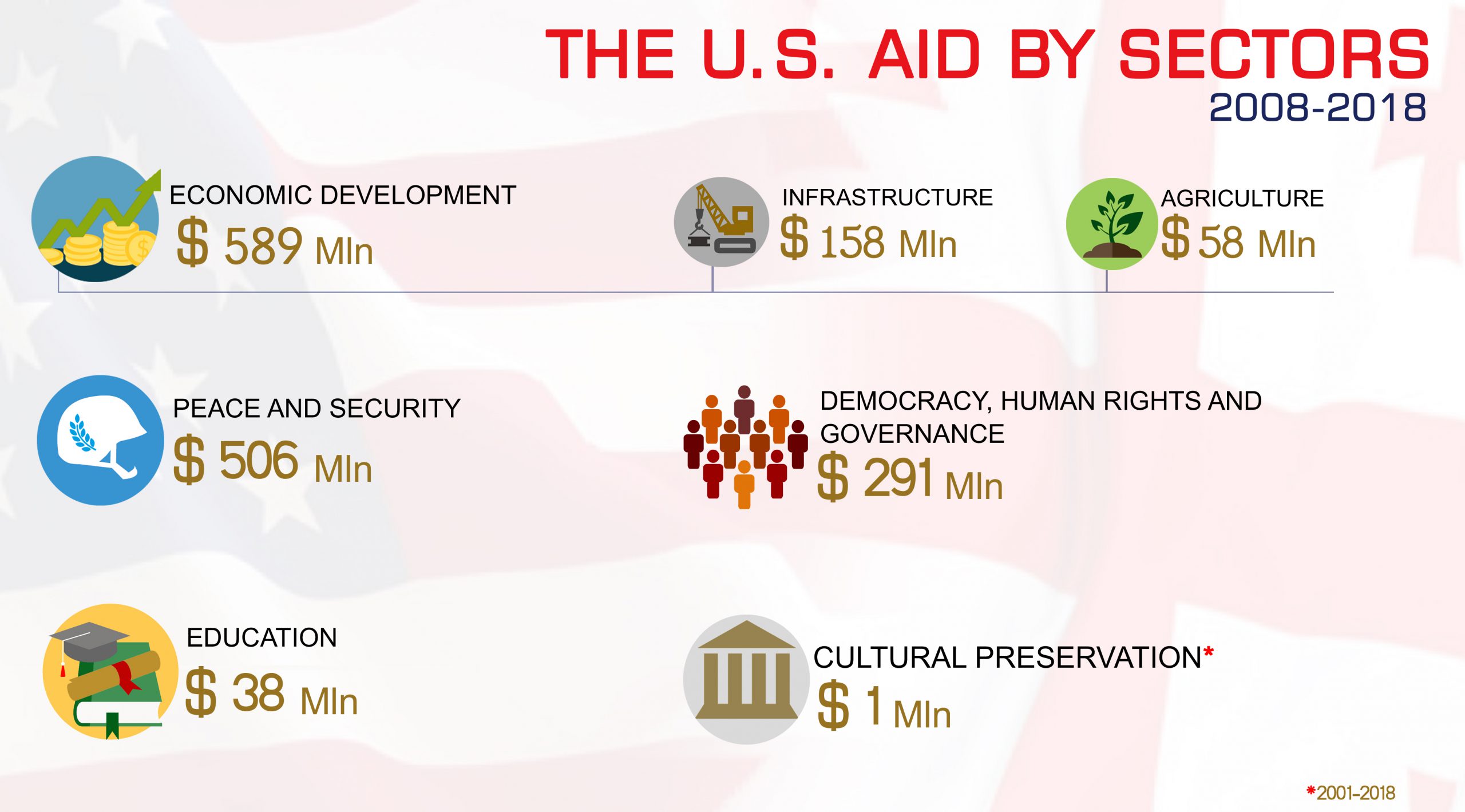