Disinformation as if the U.S. Refused to Accept Ukrainian Refugees 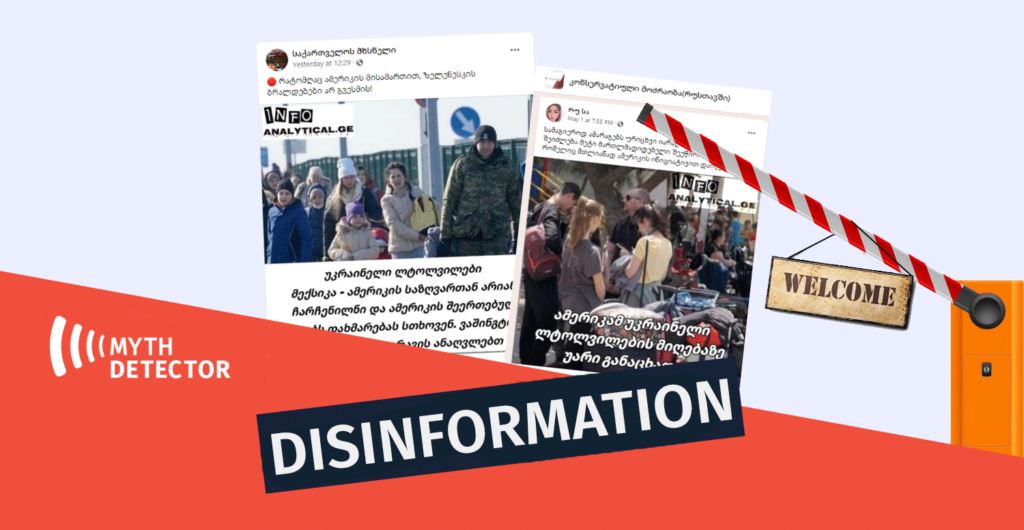 On May 1st, 2022, information that the U.S. has allegedly refused to accept Ukrainian refugees was published in the Facebook group Conservative Movement (Rustavi). According to the accompanying comment, while the U.S. refused to accept refugees, it continued to supply Ukraine with weapons while the war was initiated by Ukraine.

A post of similar content was published by the Facebook account “The Savior of Georgia” on May 4th with the following caption: “Ukrainian refugees are stuck at the U.S.-Mexico border, asking for help from the U.S. No one in Washington cares about their fate.” The post is accompanied by a comment claiming that Zelenskyy does not respond to such actions of the U.S. 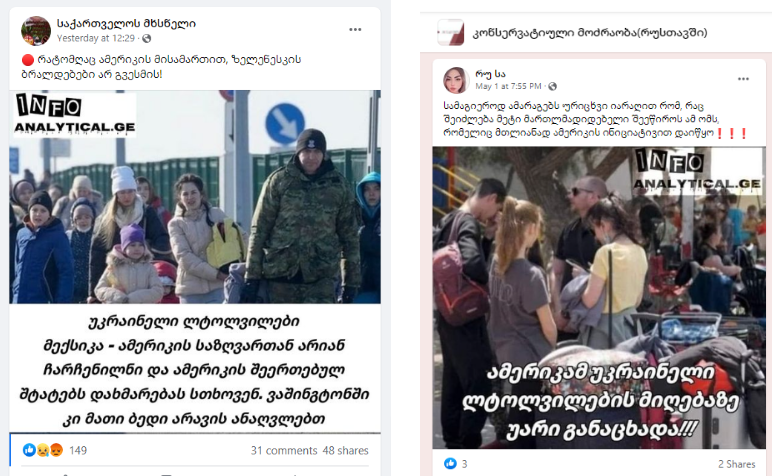 The claim that the United States has refused to accept Ukrainian refugees is false, and the manipulation is compounded by the fact that since April 25th, the United States has changed the rules for accepting asylum seekers from Ukraine, which created a temporary delay at the border. Ukrainian refugees have to fill out a special application, which is considered on an individual basis and find a sponsor who will fund their stay in the country.

The Ukrainian refugees mentioned in the posts are in the northeastern Mexican city of Tijuana, where the Mexican government has provided them with temporary shelter. According to the Guardian, by May 3rd, about 500 Ukrainian refugees were in the camp, and between 50 and 100 people were added to it daily. Notably, the Tijuana camp is not the only temporary accommodation for Ukrainians in Mexico; hence the number of those wishing to enter the United States is significantly higher.

The refugee admission process was temporarily delayed as entry rules in the U.S. changed. The United States government announced the new program for accepting Ukrainian refugees on April 21st. Ukrainians seeking asylum in the country can apply online from April 25th.

Ukrainian refugees must find a sponsor who can become any U.S. citizen, business, or nonprofit to enter the United States. The program is available to anyone who had a residence permit in Ukraine as of February 11th.

Most of those who successfully complete the application process will be allowed to stay in the country for two years with a work permit.