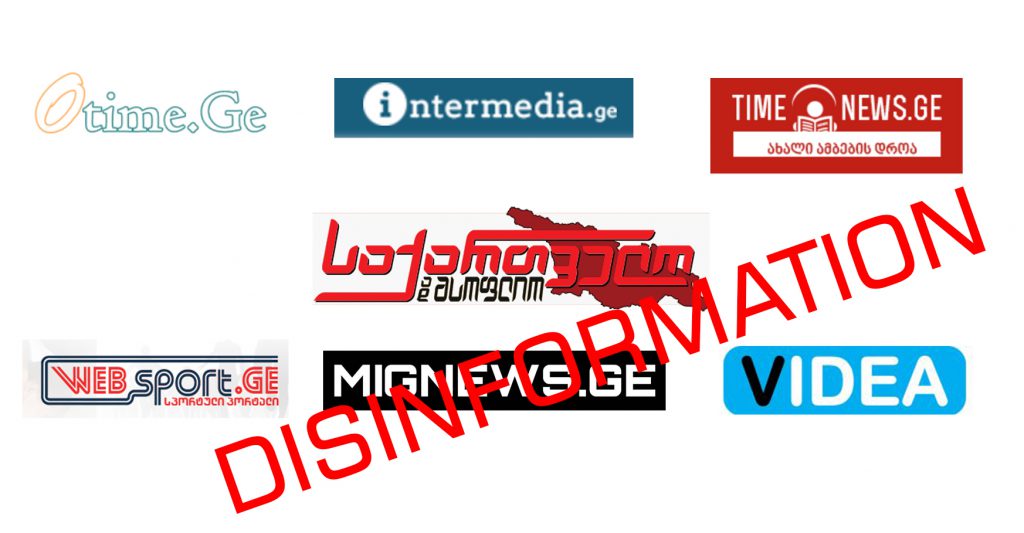 On April 4, an online edition Georgia and World published an article titled “European Integration, or ‘Shalakho’ which Goes On with ‘Wild Tango’”. The article points out that European countries massively deport citizens of Georgia. The author refers to the given situation as “the cleansing of Georgians” and claims that the reason of the deportations is the Association Agreement. Furthermore, Georgia and World compares recent events with the expulsion of ethnic Georgians by Russia in 2006.

n April 5-7, Intermedia.ge and various clickbait web sites such as Timenews.ge,  videa.ge, ontime.ge, mignews.ge, websport.ge published information with identical content about the deportation of Georgians from the European Union. The title of the article was somewhat similar on every website – “Europe began a Mass Deportation of Georgians”. The published content went viral on various pages and groups in social network websites.

According to official statistics, in total, EU countries deported 624 citizens of Georgia in the last six months, which means that the information that the EU is organizing mass deportations of Georgian citizens is groundless and false. Comparing this process with mass deportations of ethnic Georgians from Russia in 2006 is irrelevant, since in the first case the reason for expulsion was violation of law and in the second case the reason for deportation of 2,380 Georgian citizens was their ethnicity and political bias. European Court of Human Rights and international organizations declared this incident as violation of human rights by Russia.

1. European Union has expelled 624 citizens of Georgia during last 6 months

According to the statistics released by the Ministry of Internal Affairs, the number of deportations of Georgian citizens from EU member countries has not increased significantly during the last 6 months (September 2018 – February 2019). European Union has expelled 624 citizens of Georgia during the indicated timeframe. 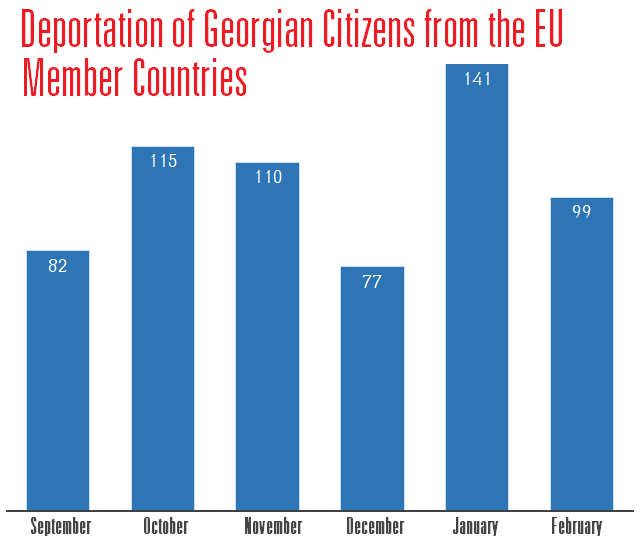 2. Reasons behind expulsion of Georgian citizens from the EU member states are legal regulations, while the reasons behind the deportation of 2,380 citizens of Georgia from Russia were ethnicity and political motives.  International organizations and the European Court of Human Rights recognized these events as human rights violations.

Reasons for the deportation of Georgian citizens from the EU territory are violation of visa-free regime conditions or the local legislation.

In the autumn 2006, the Government of Russia arranged mass raids against ethnic Georgians. From the end of September 2006 until the end of January 2007, Russia issued expulsion orders for 4,634 citizens of Georgia, resulting in 2,380 people being expelled from Russia, while the rest fled the country immediately.

Four Georgian nationals were killed in the mass raids and during the deportation process. The anti-Georgian raids were carried out under degrading and humiliating circumstances, through flagrant violation of human rights.

Russia’s decision to deport Georgians was based on a political motive. The raids were preceded by the arrest of Russian officers on the claims of espionage in Georgia and the deterioration of Georgian-Russian relations. Russia deported Georgian citizens based on ethnic grounds. On October 5, 2006, the press secretary of the Federal Migration Service of Russia said that “every hundredth Georgian commits a crime, which means that he is a criminal.” A special “Georgian Department” was created in the Federal Migration Service of Russia which was closely observing Georgian citizens.

The Government of Georgia claimed that Russia’s actions were acts of vengeance in response to the detention of four Russian officers on September 27, 2006 in Tbilisi.

The Government of Georgia presented the documentation to the European Court as an evidence, according to which the increase of deportations was specifically the result of the policy directed against Georgian citizens. Documents had been issued by Internal Affairs Police Authorities of St. Petersburg as well as Russian Federal Migration Service in October 2006 which instructed employees of the above mentioned agencies to take large-scale measures and to identify as many illegally residing citizens of Georgia in Russia as possible – in the order to arrest and deport them.

On January 31, 2019, the Grand Chamber of the European Court of Human Rights took the decision regarding the case “Georgia v. Russia” in relation to the expulsion of 4,634 ethnic Georgians from Russia in 2006-2007. Under the decision of the ECHR, the Russian Federation violated the Article 4 of the (collective expulsion), Paragraph 5.1 (illegal deprivation of liberty) of the Protocol, as well as the Article 3 (inhuman and degrading treatment while being in detention). The Russian government was ordered to pay compensation to the Georgians, EUR 10 million in total.

Human Rights Watch, the PACE Monitoring Committee and the International Federation for Human Rights submitted reports on the expulsion of Georgian citizens from and by Russia, where they talked about human rights violations and coordination between administrative and judicial powers.