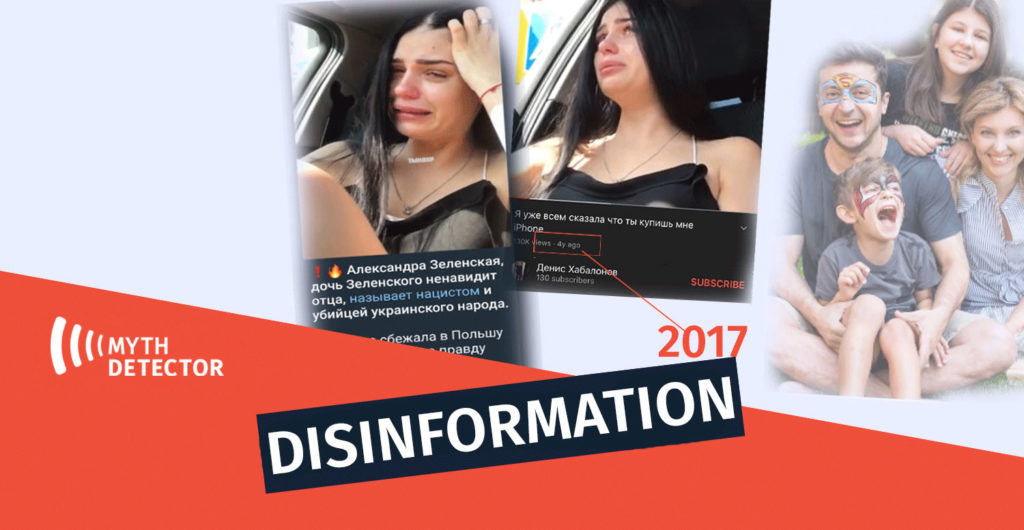 On April 23rd, Georgian and Russian-language social media users (1, 2, 3) reported that Oleksandra, the daughter of Ukrainian President Volodymyr Zelenskyy, had fled to Poland, calling her father a Nazi and a murderer of the Ukrainian nation. Attached to the posts is a photo of a young woman sitting in a car and crying. The disseminated screen also shows a link that says it reflects “exclusive footage”. 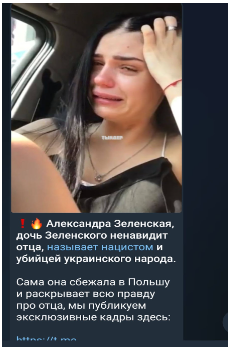 The claim that Zelensky’s daughter Oleksandra calls her father a Nazi is disinformation. The person in the photo is not Oleksandra Zelenska, and the shot is cut from a video released in 2017.

The photo is cut out from a video released in 2017 in which a Russian-speaking woman cries because her husband did not buy her a new iPhone. 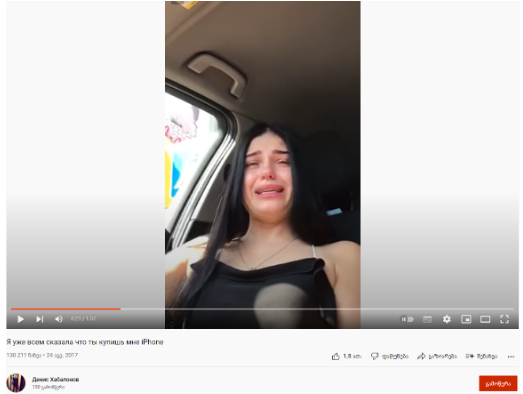 Information about Oleksandra Zelenska allegedly calling her father a Nazi and a murderer of the nation was posted on the Russian clickbait website 9111.ru on April 21st. 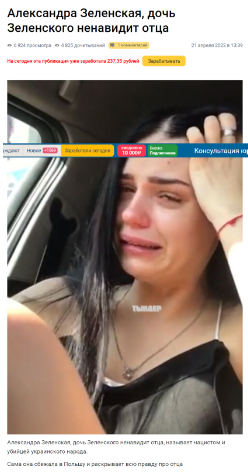 The fact that the person in the photo is not the daughter of the President of Ukraine can be clearly seen from the photos of the Zelenskyy family. 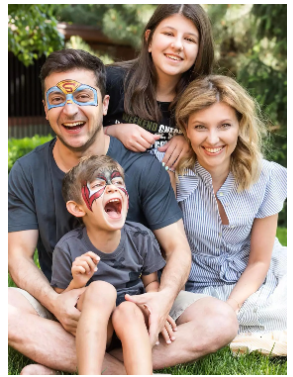 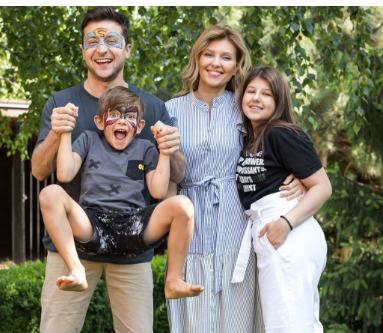 Photos: President Zelenskyy with his wife and children

In addition, there is no evidence that Oleksandra Zelenska is in Poland.