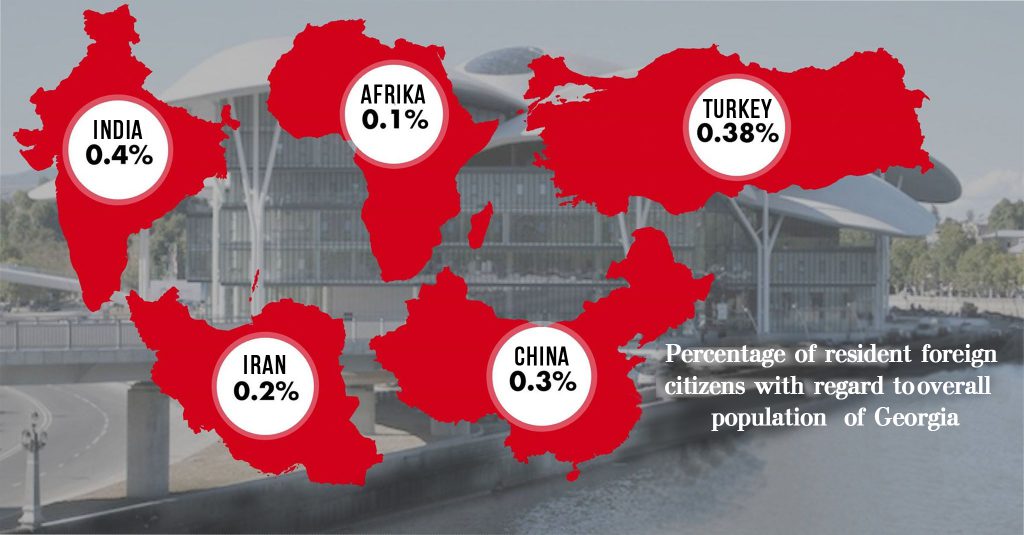 Georgian tabloid Alia released in its May 6-12 issue an interview with Nikoloz Mzhavanadze of the Human Rights Defenders Union, who claims that due to a large number of residence permits issued by Georgia to foreign nationals, mainly to Iranians, Turks and Indians, Georgians will soon appear in the minority.

Nikoloz Mzhavanadze’s statement, according to which number of migrants who arrived and settled down in Georgia is so large that Georgians will soon appear in the minority, is manipulative and serves to stir up xenophobic and racial sentiments in the population. Total number of  nationalities (Iranians, Turks, Chinese, Indians, Africans) mentioned in the article does not exceed 1.38% of the entire Georgian population.

According to the electronic database of the Public Service Development Agency (as of December 1, 2017), a total of 101,678 residence permits were issued to the nationals of various countries in a period from 2010 through 2017.

Mzhavanadze’s statement points at a threat as if Georgians will soon appear in the minority that is not true. According to the figures of the National Statistics Office, Geostat, Georgian population stands at 3,723,500 as of January 2019. The table below provides percentage ratio of Georgian
population to residence permits issued to African, Indian, Turkish, Iranian and Chinese citizens.