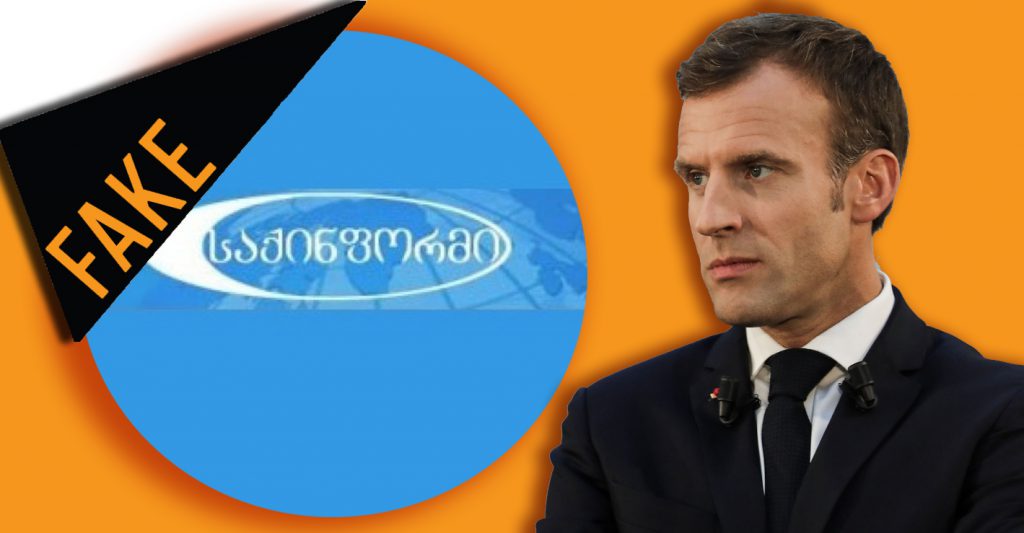 On May 11, 2019, a news website Sputnik Georgia released an interview with Arno Khidirbegishvili, editor-in-chief of Sakinformi news agency, who claims that French President Emmanuel Macron offers to expel member states from the European Union. The same interview was published by Sakinformi.

On March 4, 2019, the French President released a letter, addressing the EU citizens ahead of the elections. Macron spoke about the challenges and future of the European Union which can be built with the help of people. The President called on the European Union to unite in order to clearly express the position about what Europe means, that Europe is not just a market; it is a project, which strengthens the Europeans.

In the letter, Macron does not talk about expulsion of member states from the European Union; he slams those Schengen area countries that do not pursue a uniform migration and asylum policy.

“All those who want to be part of it should comply with obligations of responsibility (stringent border controls) and solidarity (one asylum policy with the same acceptance and refusal rules). We will need a common border force and a European asylum office, strict control obligations and European solidarity to which each country will contribute under the authority of a European Council for Internal Security.”

Macron also touched upon the issue of Brexit, as the symbol of crisis in Europe, noting that the British people were not told the truth about their post-Brexit future, about its negative consequences. Macron stressed that the European nationalists are misguided when they claim to defend their identity by withdrawing from Europe, because it is the European civilization that unites, frees and protects the Europeans. The French President added that rejecting the EU membership is the trap that member states need to escape.

Khidirbegishvili’s statement is a part of narrative as if the European Union faces a threat of disintegration.