Disinformation as if MacDonald’s Uses Human Meat in Their Products 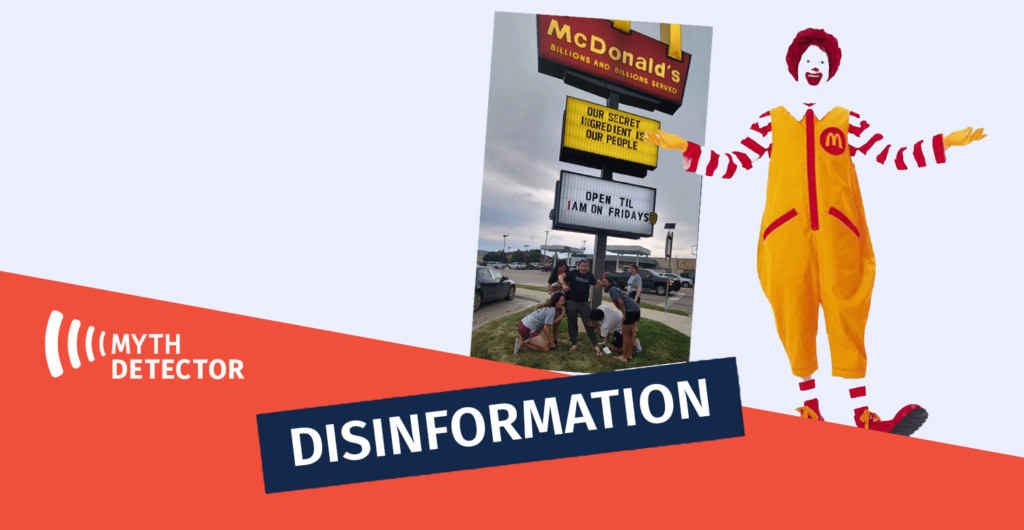 In early January, a Georgian Facebook user shared an image of a McDonald’s stating “Our secret ingredient is our people.” In the caption, the user notes the scary theories about McDonald’s ingredients and accuses the fast-food company of actually using human meat in their products. 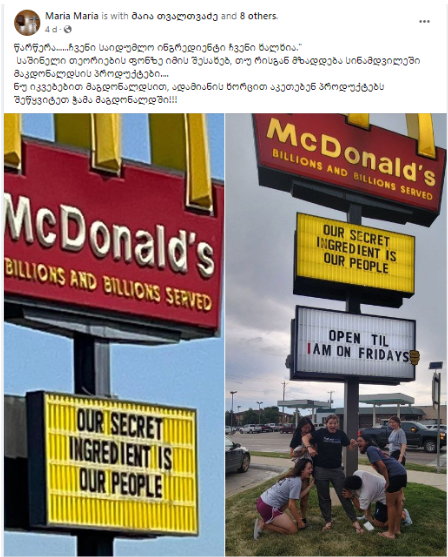 McDonald’s does not use human meat in their products. This claim originates from a satirical article published in 2014, and has been fact-checked multiple times in the ensuing years.

The sign shown in the image with the quote “Our secret ingredient is our people” refers to their workers, stating that the people who work there are what makes the McDonald’s experience. Wendy’s used the same slogan in a hiring campaign back in 2016, which also led to accusations and jokes the company was using human meat in their products. Coca-Cola also used the slogan in their 2021 hiring campaign. 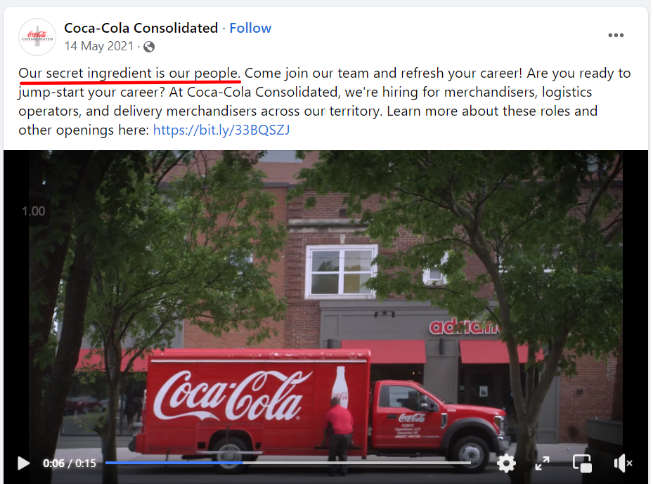 A job description by McDonald’s makes it clear the slogan is about hiring people, not anything else. Other slogans the company uses include “We are currently Hiring Smiling Faces” and “Hiring People Just like you…” 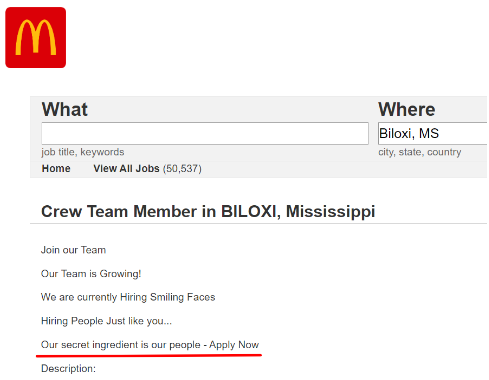 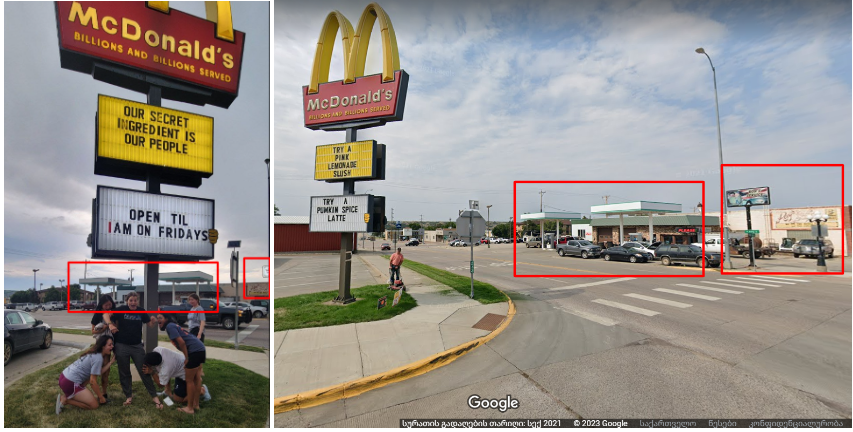 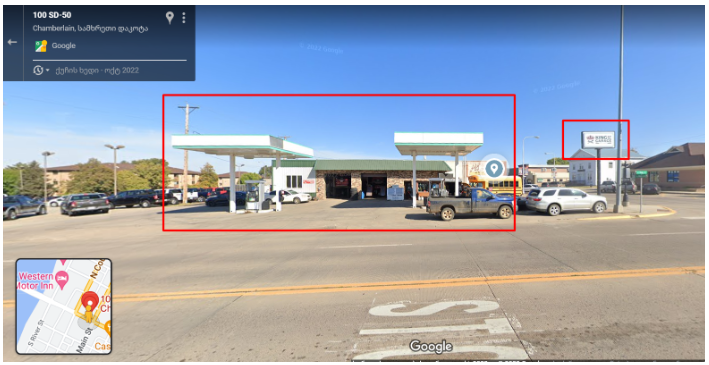 Google Street View also shows that various McDonald’s advertising slogans have been plastered on the pole at various times, including: “Try a Pink Lemonade Slush” and “Hey You, Join Our Morning Crew, Apply Here: MHIRE.com.” 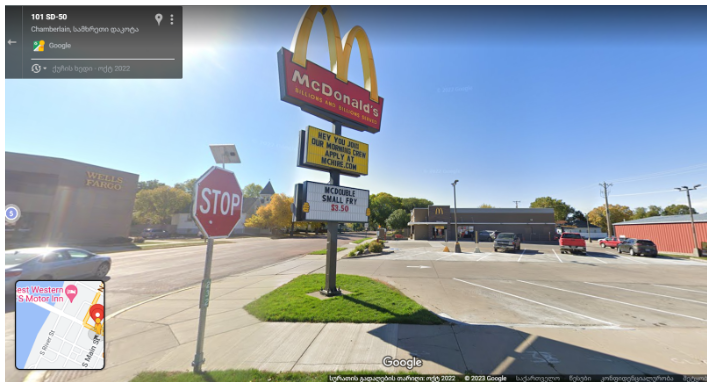 As for the claim that MacDonald’s is using human flesh as an ingredient, it originates from a satirical publication and has been circulating for years now. Namely, in 2014, the satirical website Huzlers published an article titled “McDonalds Exposed For Using Human Meat! (Must Watch Video),” archived here. The piece states that meat inspectors found human meat in 90% of the factories inspected and that the FBI is investigating, all of which is false information for satire.

Similar accusations have appeared in both Russian (1, 2) and Georgia social media (1, 2) in the past, claiming a radio interview with Rabbi Abe Finkelsteinen as the source. No such person seems to exist and the video of the supposed audio interview has been taken down from YouTube. For more information on the topic, see the article by “Myth Detector:”

These claims have also been fact-checked by both Reuters and Snopes.

McDonald’s has answered multiple questions related to the ingredients it uses on its website. According to them, they only use 100% pure Halal beef, 100% pure Halal white meat chicken, and sustainably sourced Alaska Pollock in their meals.