Disinformation as if Andriy Biletsky was Captured by the Kadyrovans 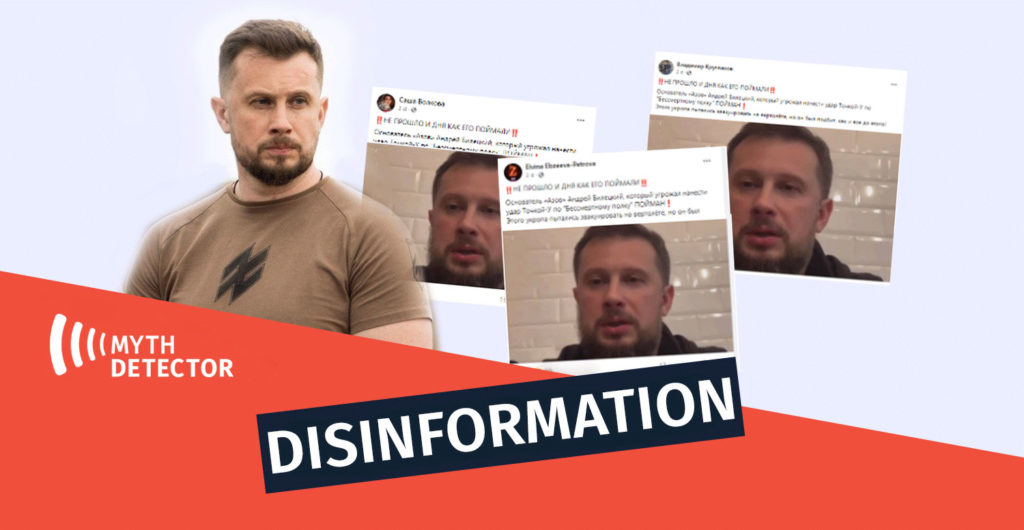 On April 25th, Russian-language social media users (1,2,3) published posts with identical descriptions regarding the alleged arrest of Andriy Biletsky, the co-founder of the Azov Battalion, by Kadyrovans. Facebook users claimed that Biletsky tried to escape by helicopter but was caught, and Kadyrovans took the last video of him. The posts mention that in the 2-minute video, Biletsky apologizes and blames Zelenskyy for everything. The posts are accompanied by a photo of Biletsky, which gives the impression that the shot was cut from his latest video. 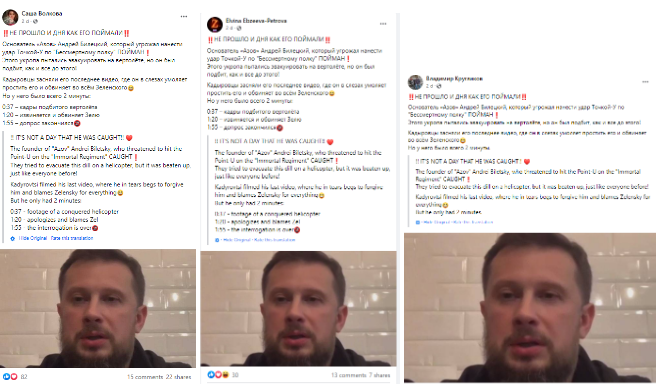 The claim that Andriy Biletsky was captured by the Kadyrovans is false. In fact, the disseminated video is an excerpt from the April 21st interview with the Ukrainian media. Biletsky gave an interview to Radio “Ukraine” on April 22nd and published the recording himself on his personal Telegram channel on April 26th.

The disseminated photo of the co-founder of the Azov Battalion and the leader of the National Corps party, Andriy Biletsky, was cut out from his April 21st interview when he spoke to the ГОВОРИТЬ ВЕЛИКИЙ ЛЬВІВ live. The interview lasted for 28 minutes and mainly concerned the situation in Mariupol. 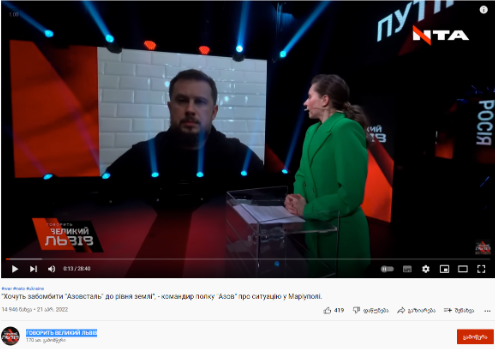 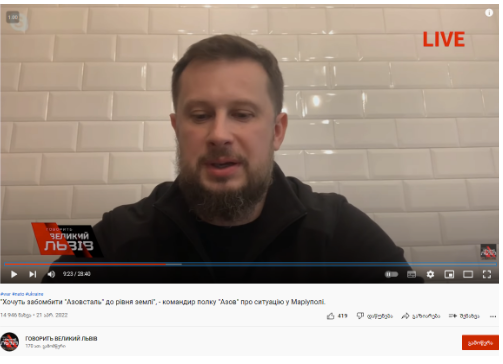 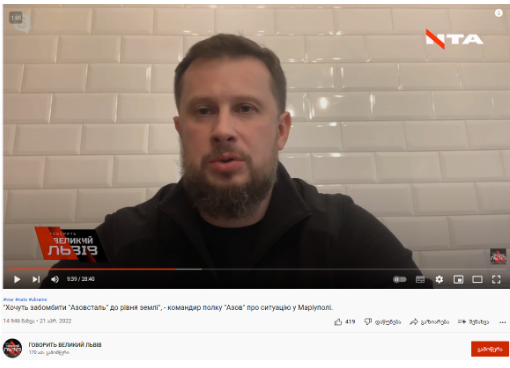 On April 22nd, Biletsky gave an audio interview to the Czech Republic-based radio “Ukraine.” The full version (18 minutes) of the interview was published on April 23rd. 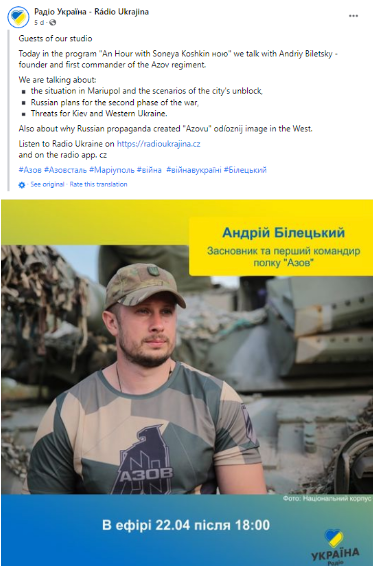 Biletsky himself published the interview on his personal Telegram channel on April 26th, thanking the international media for covering the events in Mariupol. 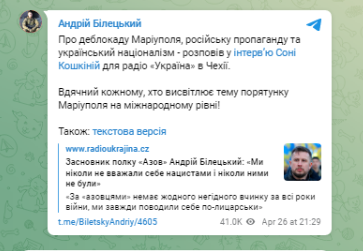 No open-source contains any information either on the elimination or the capture of Biletsky by the Kadyrovans.