Disinformation About the Deportation of the Ukrainian Refugees from Bulgaria 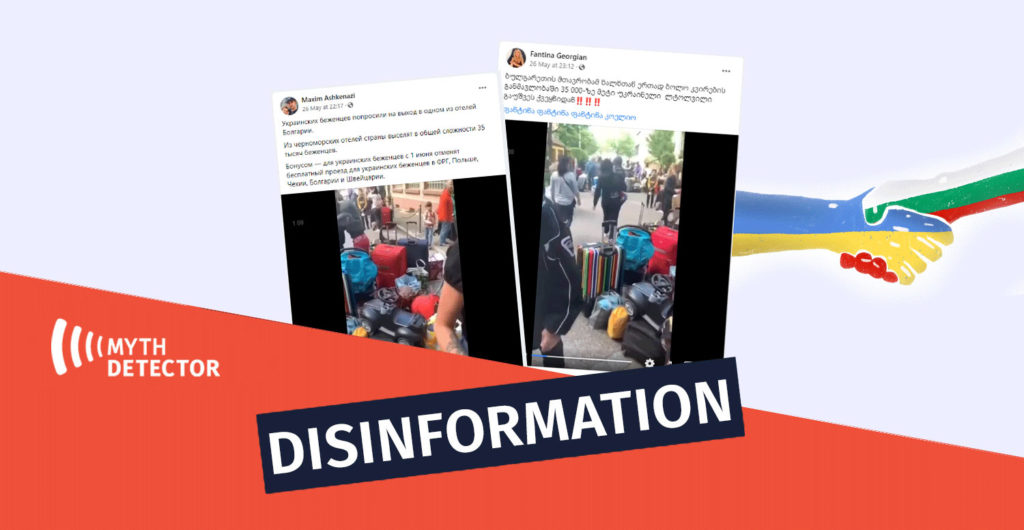 On May 26th, 2022, the Facebook user ‘Fantina Georgian’ published a video with the following description: “The government of Bulgaria and its people have deported more than 35,000 Ukrainian refugees in recent weeks.” The video shows a small group of people standing on the street with luggage. The video was also shared by Russian-speaking Facebook users (1,2,3,4,5,6). According to posts with identical descriptions, Ukrainian refugees were expelled from European hotels for inappropriate behaviour. 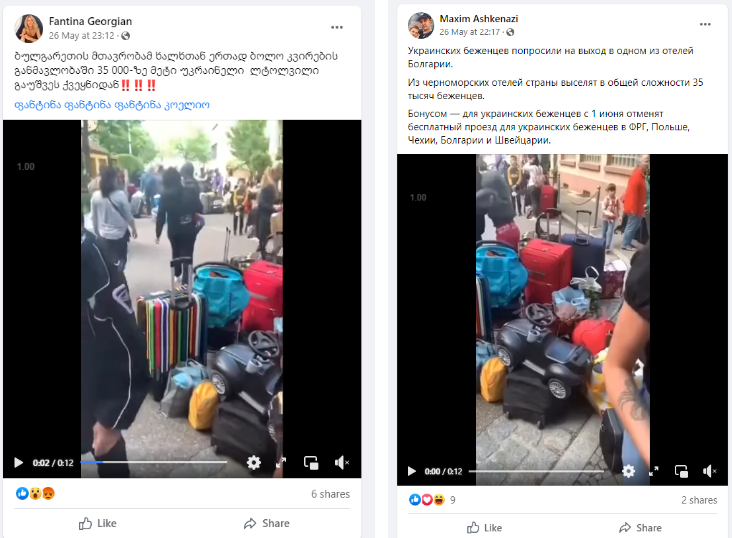 The first three-month phase of accepting Ukrainian refugees in Bulgaria will end on May 31st. Under this system, the Bulgarian government paid 40 Leva (local currency, approximately 64 GEL) per day to the hotels receiving refugees.

In an address issued on May 13th, Bulgarian Deputy Prime Minister Kalina Konstantinova explained the details of the new phase of refugee resettlement. According to her, the information that the first phase would end on May 31st was known from the very first day of its launch. Due to the approaching tourist season, the Bulgarian government has decided to relocate Ukrainian refugees to state institutions in different regions of the country.

It was later reported that half of the hotels that housed Ukrainian refugees during the first phase agreed to continue providing the service. Under the new conditions, the Bulgarian government will pay 10 Leva per day to these hotels, and in the case of food offerings, this amount will increase to 15 Leva.

Consequently, only a part of the 35,000 Ukrainian refugees had to change their temporary residence. Notably, the costs of one-time transportation from the old to the new residence were covered by the Bulgarian government.

As for the disseminated video, it has been shared since May 26th with different descriptions by different users. On May 28th, the Ukrainian news agency УНІАН shared the video on a telegram channel, along with a statement by Ukrainian Foreign Ministry spokesman Oleg Nikolenko. The statement explains the new system of staying of Ukrainian refugees in Bulgaria.

As of May 30th, 293.6 thousand Ukrainian refugees crossed the Bulgarian border after the Russian invasion of Ukraine; 90.3 thousand of them remained in the country and received assistance from the Bulgarian government.