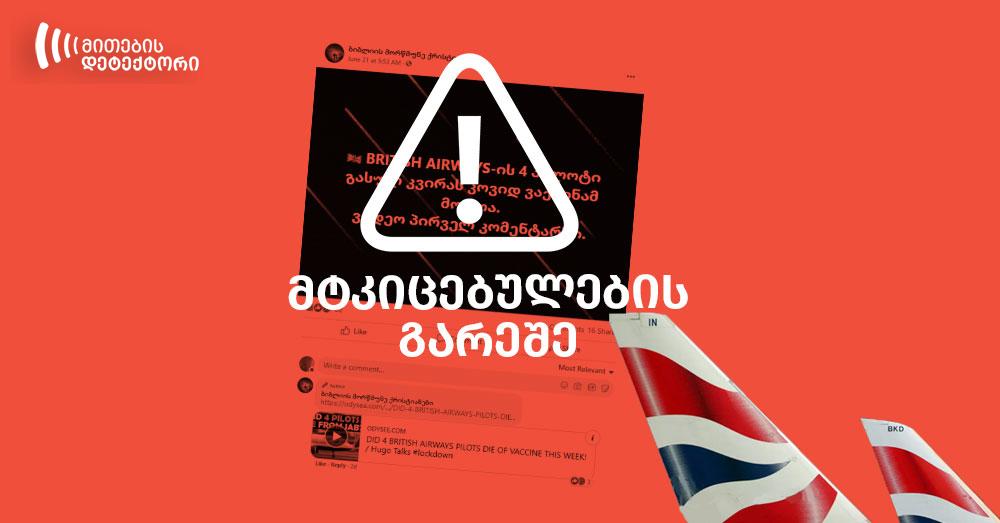 On June 20, 2021, a Facebook account ბიბლიის მორწმუნე ქრისტიანები (Christians who believe in Bible), posted the following text: “Four pilots of the BRITISH AIRWAYS dead due to COVID vaccine last week”. The comments section to the post includes a link to a video, uploaded to odysee.com. The video includes a voice recording mentioning four dead pilots. According to the voice recording, the pilots died following a COVID vaccination. 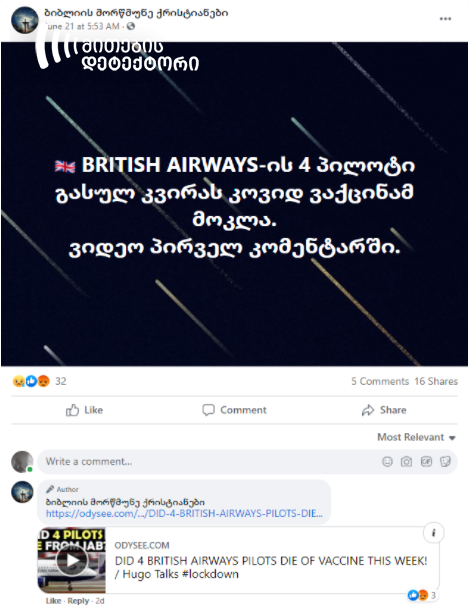 The information, shared by the Christians who believe in Bible about the death of four British Airways pilots being allegedly connected to the vaccination, is not based on any evidence. Both the British Airways and the Medicines and Healthcare Products Regulatory Agency (MHRA) of the United Kingdom denied the connection between the deaths and vaccination.

British Airways made a comment on these recordings through its official Twitter account. The company confirmed that four pilots indeed had died, but denied any connection between the deaths. 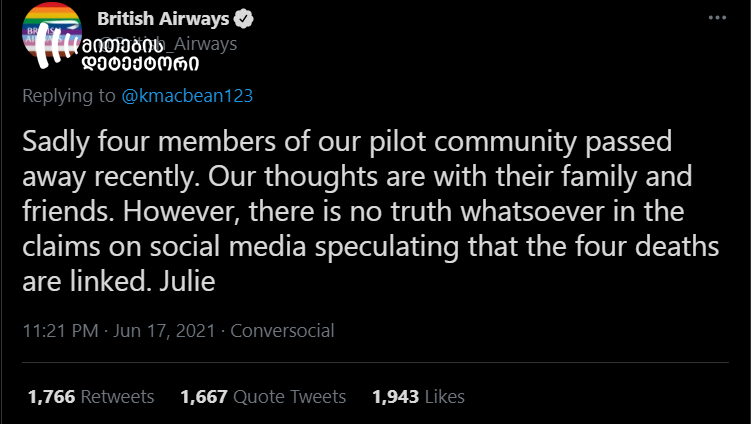 A spokesperson for the company also denied in an interview with Reuters that the deaths of the pilots were somehow connected to the vaccinations against the coronavirus. The company also denied the existence of any crisis talks with the Government. MHRA representatives also commented the widespread recordings in their interview with FullFact. They claimed that the information about the deaths of the pilots had not been submitted to the Agency. They also added that there had been no discussions with the Airlines about prohibiting flights for the vaccinated pilots.

“There are currently no restrictions on aviation or other industries and activities post vaccination” – said the director of vigilance and risk management of medicines for the MHRA.

It is noteworthy that the Federal Aviation Administration has imposed a 48-hour prohibition on flights for the vaccinated pilots.