Disinformation about Saakashvili being Appointed as the Prime Minister of Ukraine 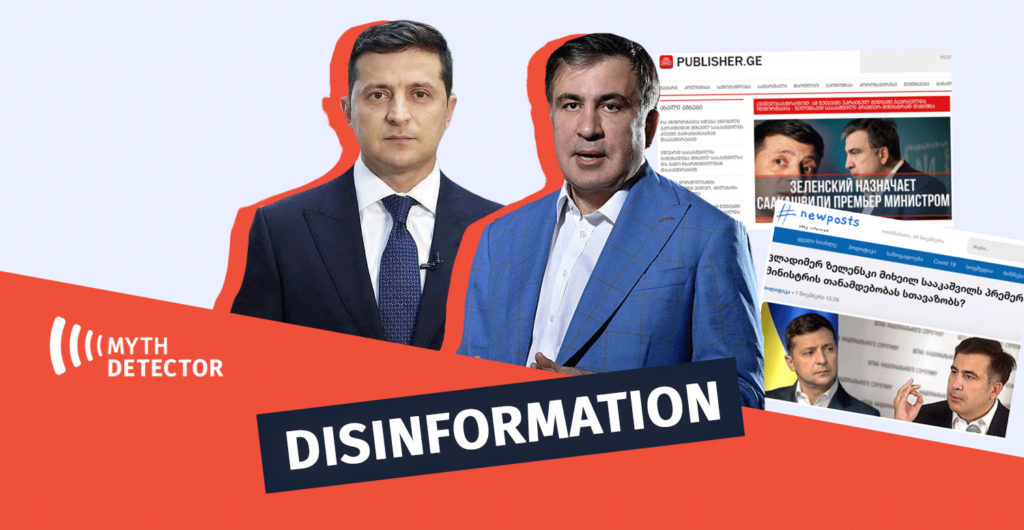 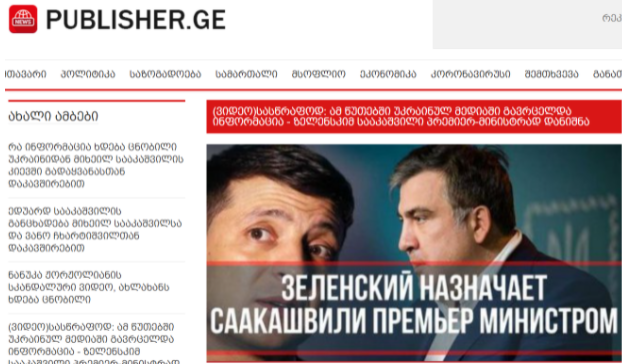 The video of Sergey Kornak was used as a source by the online outlet newpost.ge on November 1st to spread the claims about the alleged appointments of Saakashvili as the new Ukrainian PM. 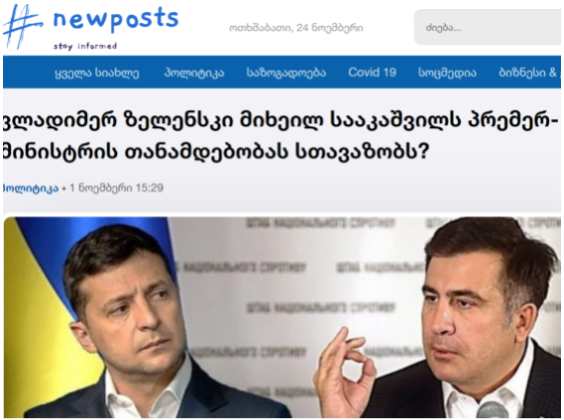 Despite the fact that the video of publishers.ge references Sergei Kornak’s video in the article, the title and content still contain false information. The article does not indicate that the source is merely a viewpoint of a Ukrainian YouTuber.

Individual opinions about the appointment of Mikheil Saakashvili as the Prime Minister of Ukraine by Volodymyr Zelensky were spread in the Georgian online media in2019 as well. Noteworthy, on April 22nd, 2020, the Ukrainian media wrote that Zelensky offered Mikheil Saakashvili the post of Vice Prime Minister, but the initiative did notaccumulate the required number of votes in the Rada. In May 2020, Zelensky appointed Saakashvili as chairman of the Executive Committee for Reforms.

Zelensky also responded to the arrest of Mikheil Saakashvili in Georgia on October 3rd, 2021, stating that he would work to bring Saakashvili back to Ukraine as a Ukrainian citizen.

False and manipulative information disseminated by publisher.ge has been fact-checked by “Myth Detector” in the past as well. See our articles: