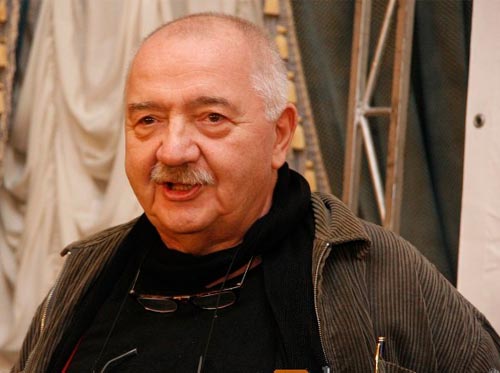 On September 11, 2016, Marshalpress published a Facebook post by Robert Sturua, which contained disinformation about introducing U.S. potatoes to Svaneti. In particular:

“Several years ago the Métis brought red U.S. potatoes and distributed them among farmers free of charge… The population yielded abundant crops and naive Svans replaced local species by genetically modified potatoes with pleasure. Our local, most delicious potatoes were buried in oblivion… Later the U.S. potato got infected with worms – even the cattle do not eat it for fear of being poisoned. Local varieties have become extinct. Now the deceived Svans are trying to find old species in the villages, but in vain.”

1. No U.S. seed potatoes have been introduced to Svaneti.

Actually, no U.S. seed potatoes have been introduced to Svaneti. About three decades ago two potato varieties were brought to Svaneti from Holland: Desiree and Marfona. In 2016, European potato variety, Agria was brought to Lentekhi, namely to Tsana and the population sowed it on small plots just to test the new variety.

There are a lot of factors contributing to potato diseases and it cannot be directly linked to the producers of seed materials. The health of crops depends on a number of factors, such as caring for plants, atmospheric conditions, soil moisture, soil reproduction methods, etc. The Colorado beetle, virus-transmitting pests and potato moth create huge problems to potato crops. Potato wart disease caused by the soil-borne fungus is most serious.

3. Productivity was low in Svaneti before introducing alien species to the region.

According to the data for 1995, 2.5-3 tons of potatoes were sown on 1 ha of land in Svaneti. The crop productivity was only 5 tons. Just therefore, agronomists decided to bring Dutch and German seed materials to Svaneti. After experimental sowing, the crop productivity increased up to 50 tons/ha. According to Geostat, as of 2014, potato cultures account for 3-4% of the entire arable lands and average productivity amounts to 15-17 tons/ha. These data are several times lower than average European productivity (35-40 tons). 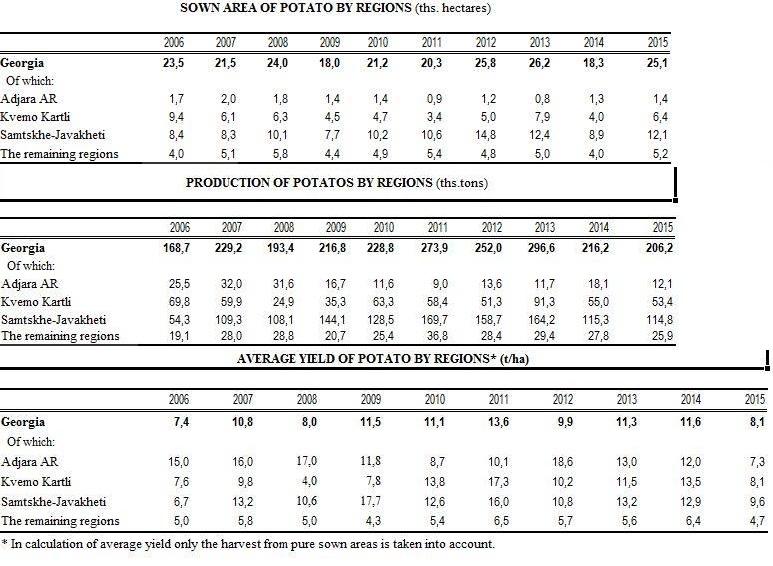 4. Alien species of potatoes introduced into Georgia are highly productive and disease resistant

The following alien species of potatoes have been introduced into Georgia for commercial purposes: Marfona, Impala, Picasso and Nevsky. The first three are Dutch varieties and the last one is Russian. These varieties are resistant to potato virus Y (PVY), scab, Phytophthora and leafroll virus. Nevsky is resistant to Nematodes and Picasso – to potato wart disease. It is believed that potato varieties should be replaced every 3-4 years. Otherwise, the crop productivity will be reduced.

5. Endemic species of Georgian potato do not exist at all

The potatoes were first cultivated in South and Central America. All potato varieties are American by origin; simply the producing countries are different. The first potatoes were brought to Europe by the Spanish from Chile in 1565. The first potato plants appeared in Georgia in the 19th century, in the settlement of German colonists near Tbilisi. Local residents used to buy potatoes and other agricultural products just from the German. Today, potatoes are mostly cultivated in the districts of Akhalkalaki, Akhaltsikhe, Tsalka, Dmanisi, Tetritskaro, Khulo and Shuakhevi of the Samtskhe-Javakheti region.