Various sources periodically disseminate disinformation in Turkophobic context about tens of thousands of Turkish citizens allegedly getting Georgian passports that creates a threat of separation of the region of Adjara from the rest of Georgia. Speaking with Obieqtivi TV on March 21, Giorgi Lomia of the Alliance of Patriots said that 25 000 Turkish citizens got Georgian passports in Adjara under the previous government that further creates a threat of setting up a Turkish party by them and demanding the region’s separation. Similar message was voiced by Davit Akubardia, host of Kavkasia TV program Spektri, on March 15, 2017 about 23 000 Turkish citizens allegedly having Georgian passports.

This information is false. According to the Justice Ministry’s Public Service Development Agency, a total of 3 050 Turkish citizens were granted Georgian citizenship in a period between 2004 and April 11, 2018.

The Ministry of Justice has provided statistical figures to the Myth Defector about granting Georgian citizenship to foreign nationals in 2004 – 2018. According to these figures, only 3 050 Turkish citizens instead of 25 000 were granted Georgian citizenship during 14 years. Citizenship was granted by way of exception. The figure of granting citizenship is highest with respect to Russia and it amounts to 21 660.

Types of naturalization are:

In case of Russia, all the four types were used. During the same period, Georgian citizenship was granted by way of exception to 2 citizens of Iraq, 19 citizens of Syria, 442 citizens of Iran and 4 citizens of the United Arab Emirates (see infographics). 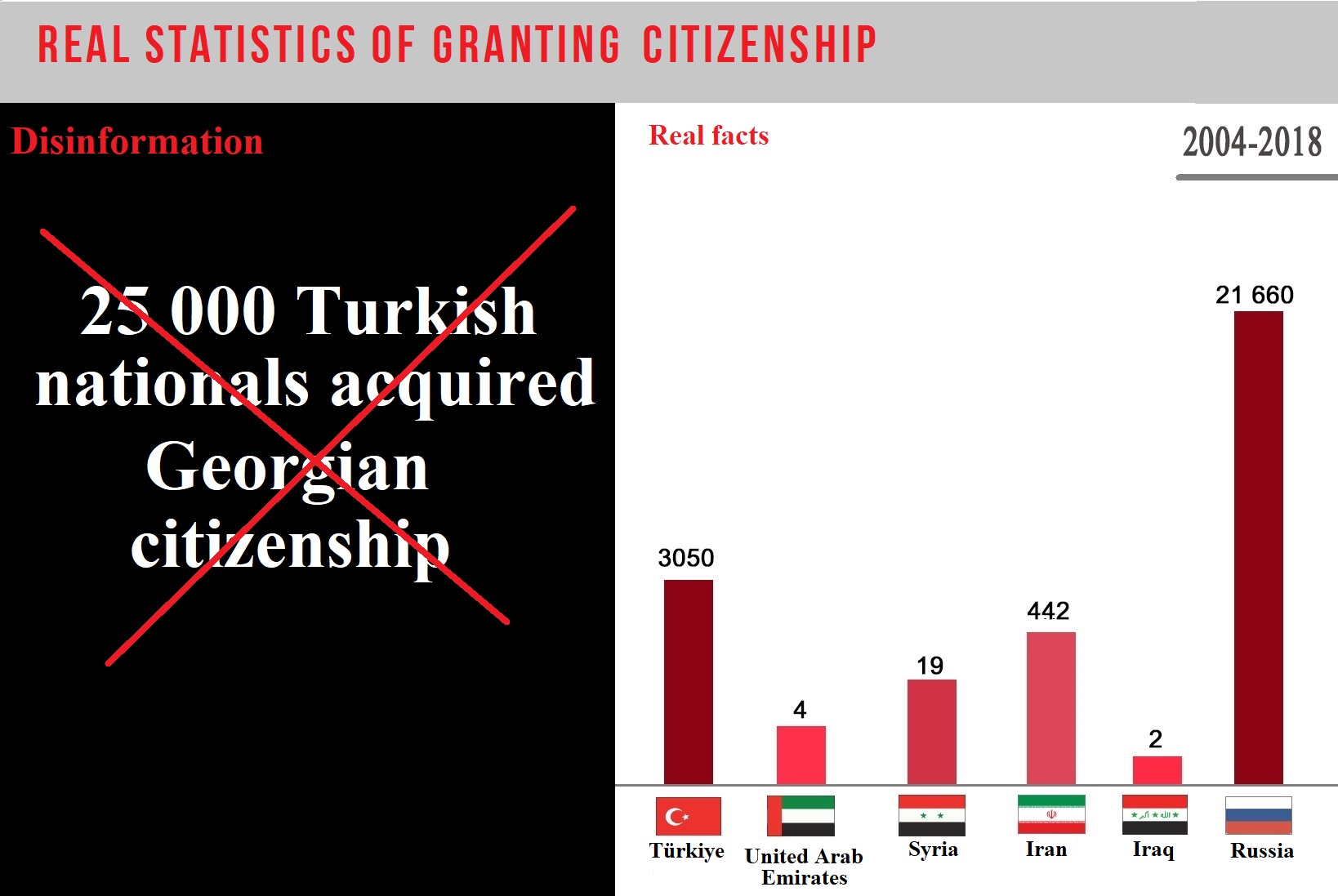