Disinformation about Chinese Allegedly Destroying a Historic Church of Naghvarevi 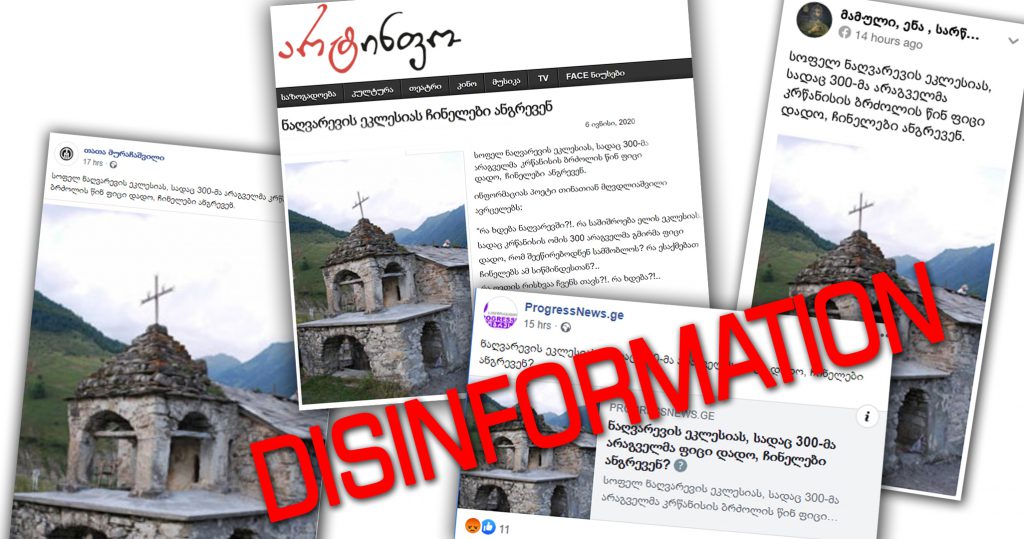 On June 7, a news agency „არტინფო“ (“Art-info”) shared news that Chinese were allegedly destroying a church in Naghvarevi village. Art-info disseminated the news based on Tinatin Mghvdliashvili, a poet.

Based on the sole source, these news were also disseminated by the following webpages: progressnews.ge and geonews.com, as well as Facebook pages „ყველაფერი სამხედრო“ (“Everything military”), „მამული, ენა, სარწმუნოება“ (“Homeland, Language, Religion”), and Imedi Plus. The information has also been disseminated in the following Facebook groups: “მოქალაქე არასამთავრობო ორგანიზაცია“ (“NGO Citizen”), “გიორგი მარგველაშვილი გისმენთ მეგობრებო!” (“Giorgi Margvelashvili Here, How Can I Help You My Friends!?”). 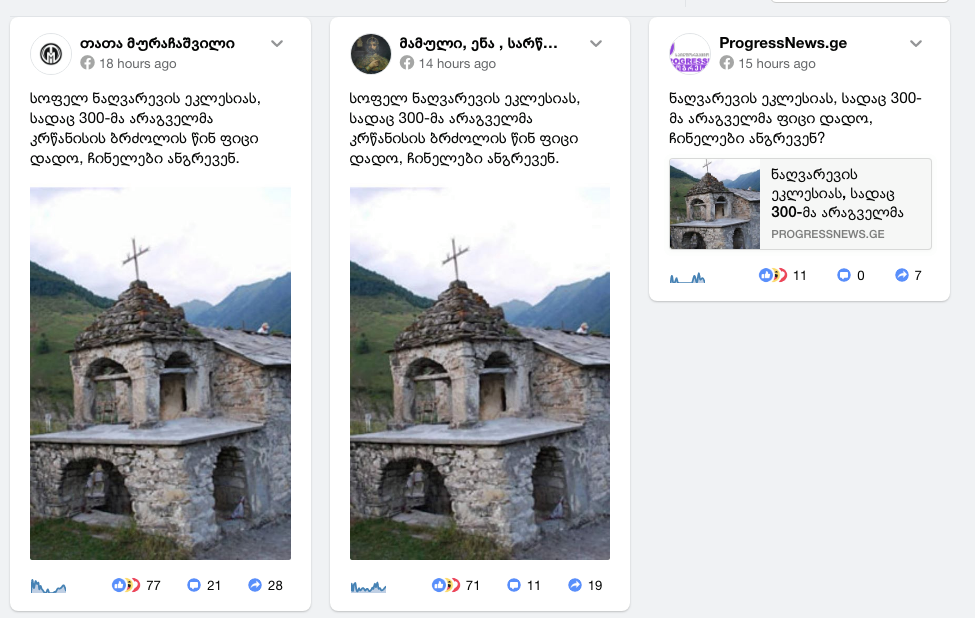 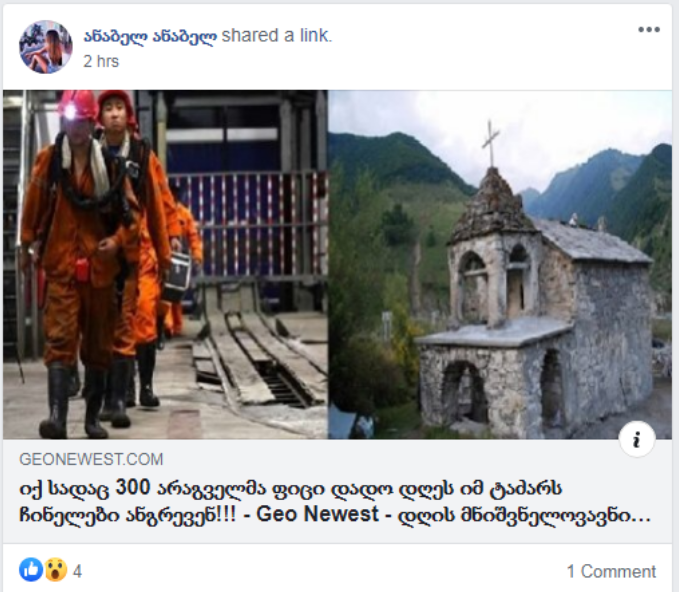 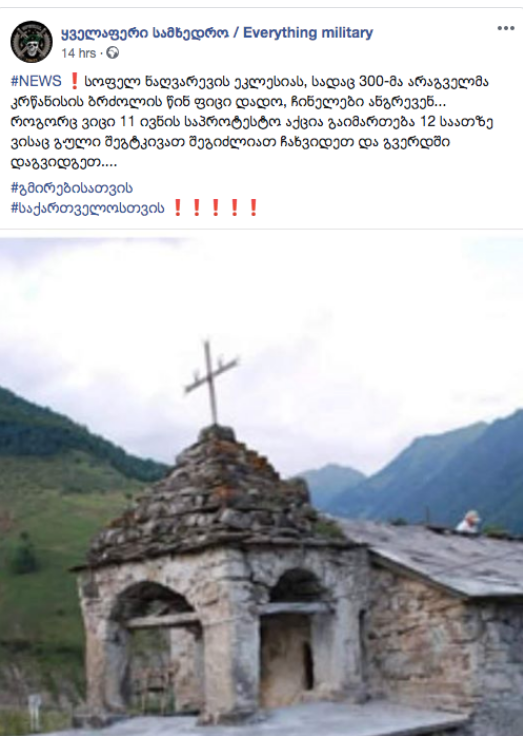 The information about the Chinese allegedly destroying a historical church in Naghvarevi is a lie. The construction works, that the article refers to, had been going carried out on the territory of the church, but are currently stopped due to a lack of permit. A two-story house was located on the construction site. It has been demolished and a new two-story building was being constructed on the same site.

Myth Detector contacted Tengiz Bedoidze, a representative of the Mayor of Dusheti Municipality in Kvesheti Administrative Unit. He stated that the house is being constructed at least 200 meters away from the church and a two-story house was located on that place before, which got demolished and now the new one is being constructed. The church, according to Bedoidze, is not under any kind of threat.

Tengiz Bedoidze: “Some 200 meters away from the church, a two-story house is being built. Its construction is now stalled due to a lack of permit… It is some 200 meters away from the church. A house used to be there; a Georgian bought it. That house was demolished and a new one is being built, which will also be a two-story house. Its area will be a bit larger. The church is under a zero percent risk.”

Dusheti Municipality City Hall also addressed the news with a statement, saying that the construction works were being carried out tens of meters away from the church, and that they have been stopped at this stage.