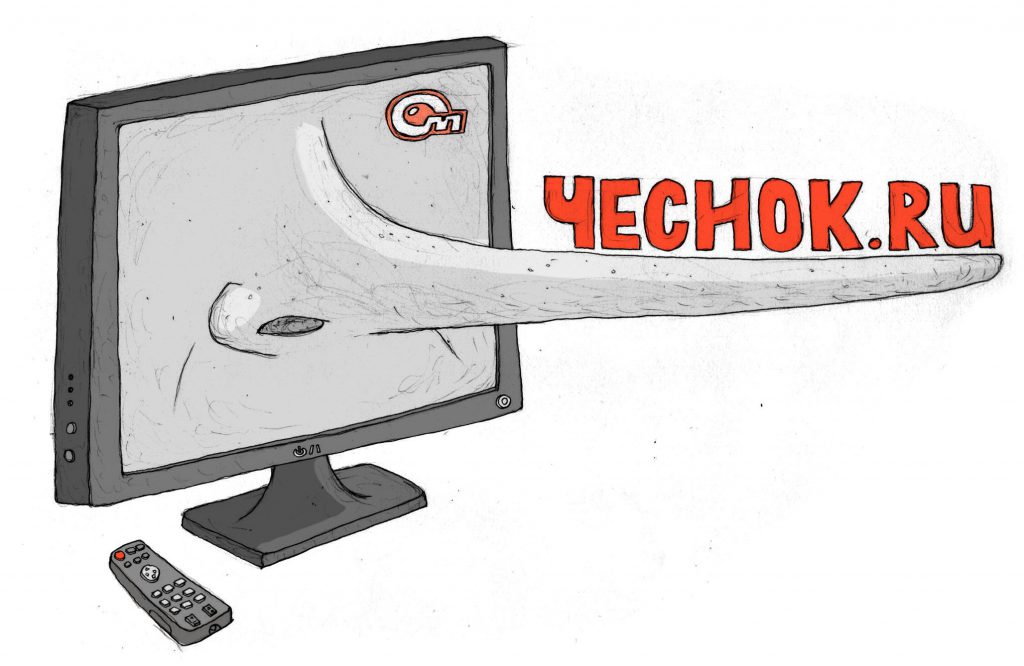 On May 17, Bondo Mdzinarashvili, anchor of the program “Night Studio” on Obieqtivi TV, reported that U.S. President Donald Trump, during a telephone conference with the presidents of the Baltic States cut them off, saying “Shut up”, because of their unceasing distress regarding the possible threats coming from Russia. The presenter indicated that the U.S. sees as a problem in the fact that the Baltic States often point out the threats coming from Russia and demand more effective steps from the U.S. to protect them.

Bondo Mdzinarashvili, Anchor: “The President of one of the Baltic States asked for a telephone conversation with Donald Trump and when the call was connected, Trump, unexpectedly for him found himself in front of the three presidents. All three presidents spoke simultaneously on their feeling of being threatened from Russia if the United States would not protect their countries. And then came Trump’s well-known quotation when telling all three of them to shut up and think about what they were impairing when making such statements … Such constant asserting from the Baltic states that their security is threatened by Russia and that the United States has to protect them, is being perceived by the United States government as a problem.”

This assertion is false because Donald Trump and the Presidents of the Baltic States never had such a conversation. The source of this fictitious report is Russian website “Чеснок” (garlic).

According to the Christian Science Monitor, fake news of U.S. president Donald Trump interrupting Presidents of Latvia, Lithuania and Estonia with the word “Shut up” during a phone call and ended the talk irritated – was published for the first time on November 30, 2016 by the Russian media portal “Чеснок“. 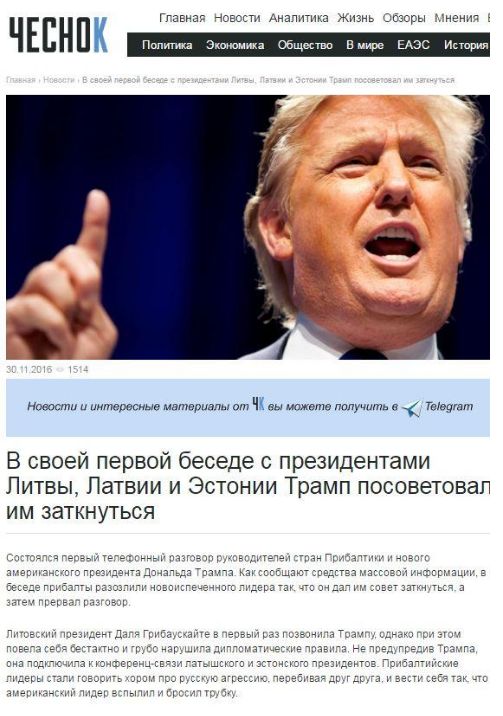 The deceit spread by Russian-language portals reports that Donald Trump’s advisor Kellyanne Conway an interview with CNN journalist Christine Amanpour talked of a phone call made by Lithuanian President Dalia Grybauskaite, towards the President of the United States Donald Trump. By Conway falsified statement, Grybauskaite while having contact with Donald Trump for the first time, violated diplomatic rules and included President of Estonia and Latvia in the telephone conference without any notification beforehand. The leaders of the Baltic States collectively started talking about Russian aggression, which caused the displeasure of Donald Trump. He interrupted the presidents with “Shut up”(Заткнитесь) and ended the conversation.

One day after the news spread, the Estonian blog for combatting propaganda Propastop.org, checked the veracity of the information. Propastop.org contacted the Office of the President of Estonia, which did not corroborate this fact. In order to mislead the reader, Russian websites cite an interview with the U.S. President’s Advisor with CNN, but this link does not lead us to a specific article or interview, but on the cover page of the CNN web site, which makes it impossible to determine the authenticity of the report. Same method was employed by Russian websites when they reported of Nadezhda Savchenko’s will to move to Russia when the BBC’s main page was mentioned as the origin.