Dimitri Lortkipanidze’s Disinformation that 67% of Export Falls on Russia 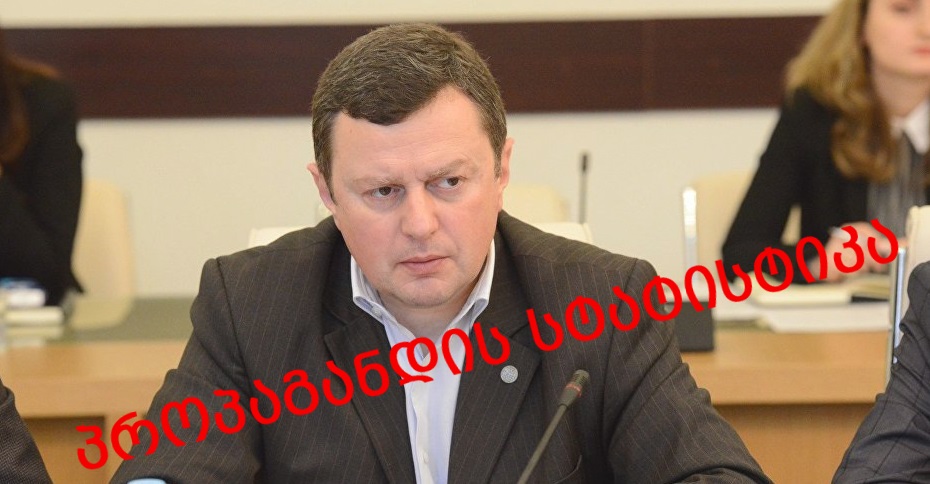 On January 31, 2018, one of the members of the United Democratic Movement, Dimitri Lortkipanidze, spoke about sanctions against Russia on air at TV Caucasia. According to him, Georgia’s participation in the given sanctions would be destructive for the country’s economy, as the Russian Federation is the sole opportunity for the development of the economy of Georgia. Lortkipanidze cited statistical data as an argument to this and noted that 67% of Georgia’s exports fall exactly on Russia.

Lortkipanidze’s statement is false, as the Russian Federation only accounts for 14% of Georgia’s international trade, not 67%; while the share of trade with the EU countries equals 23.7%.

According to the data by the National Statistics Office of Georgia, Georgia’s exports in total reached USD 2.7 billion, from which 14% falls on Russia and 23% falls on the EU member countries. Even if we include Russia in the CIS countries and compare between the groups of countries, Lortkipanidze’s statement remains false. Under such circumstance, the share of the export to the CIS countries is 43%, not 67%.

Russian market is unstable for Georgian products, as the Kremlin uses foreign trade issue as a political tool. For instance, in 2006, after the Security Services of Georgia arrested four individuals suspected in spying for Russia, the official Moscow embargoed several Georgian products, such as wine, mineral water and other fruits and vegetables, which seriously harmed Georgian wine export. Same year, Moscow also banned Moldovan wine import due to alleged sanitary reasons. This was actually taking place due to Moldova’s European course.

Similarly, in 2013, when Georgia, together with other countries, joined the sanctions imposed on Russia for annexing Crimea, the Federal Service for the Oversight of Consumer Protection and Welfare of Russia (Rospotrebnadzor)  published a statement, according to which it would not allow alcoholic beverages produced by three Georgian companies to Russia. Western press and  think tanks widely regarded this fact as a renewal of the trade war by Russia on Georgia.

Russia uses trade, as a political tool, against its own partners, as well. In 2009, when Belarus decided to upgrade the quality of its milk products to the EU standards, Russia  banned import of milk products from Belarus, while the state media began to disseminate conspiracy theories against the Belarusian milk products.

In 2005-2006, the Kremlin banned import of Norwegian frozen fish, while in 2014, it did not allow 484 Norwegian fish companies to the Russian market. The same repeated in 2015 in relation to Latvian and Estonian fish products, due to which the Government of Latvia accused Moscow of using political pressure on the Baltic region in this way.