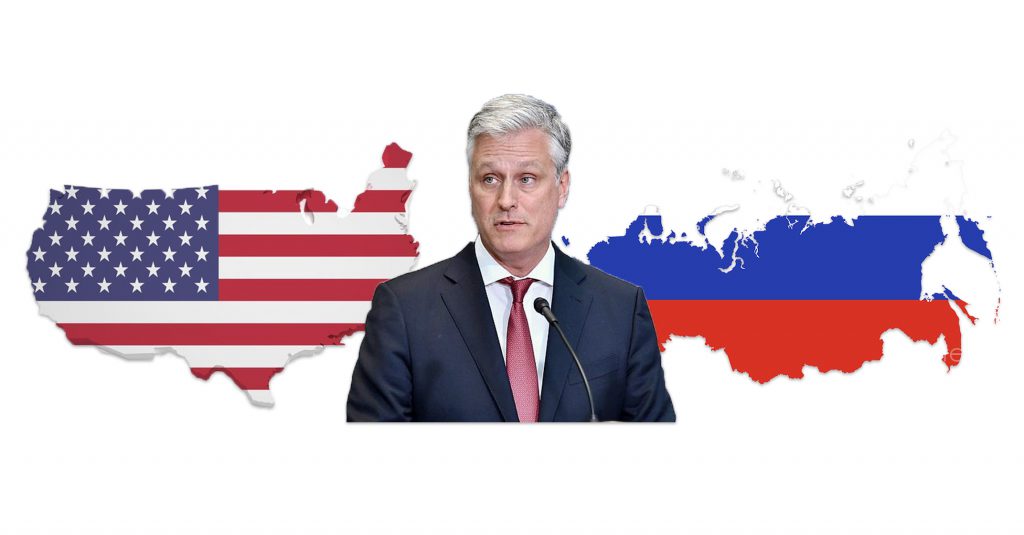 On February 6, pro-Kremlin online edition News Front released an article headlined “A sensational statement by Assistant to the U.S. President regarding Russia.” According to the article, U.S. President’s National Security Advisor Robert O’Brien made “conciliatory and positive” statements in respect of Russia, he spoke about cooperation and even recollected allied relations between the United States and Russia during the World War II. On February 6, online edition Georgia and World shared News Front’s article on its Facebook page. The remarks made by the U.S. President’s Advisor and spread by News Front were torn out of the context. In fact, Robert O’Brien criticized Russia’s foreign policy and compared it to the Soviet Union; he also said that if needed, the United States will confront Russia and defend its allies.

What concrete issues did Robert O’Brien raise regarding Russia?

Speaking at the Meridian International Center in Washington on February 5, U.S. President’s National Security Advisor, Robert O’Brien discussed security challenges and the U.S.-Russian relations. Although the U.S. President’s Advisor announced about the plans to start negotiating with Russia on nuclear arms control and even recollected the victory of the United States and the Soviet Union over their common enemy during the World War II, in fact, O’Brien’s assessment had in no way been positive and conciliatory, as claimed by News Front, which has torn his remarks out of the context

O’Brien noted that Russia pursues the same foreign policy as pursued by the Soviet Union in the 70s-80s that, as he claimed, is unfavorable for Russian citizens. O’Brien also mentioned frozen and ongoing conflicts with Russia’s involvement, including in Georgia and Ukraine.

“The United States will do everything in its power to have good relations with Russia without letting down its allies, including Ukraine,” the U.S. President’s Advisor said.

Robert O’Brien focused on the partnership between the United States and Ukraine, noting that “we are going to confront the Russians where we need to, but at the same time I think we’ll negotiate, we’ll start negotiations soon on arms control, on the nuclear issue which is, you know, important to the safety of the world, not just the U.S. and Russia.”

The National Security Advisor said earlier that “Russia is not an ally,” but when American interests overlap with Russian interests (for example, in combating ISIS), there is no reason the United States should not work with Russia. O’Brien said that Russia presents “a great danger to the United States” and “[that is] something we keep an eye on every single day.”