Did the U.S army seize the U.S. located server in Frankfurt? 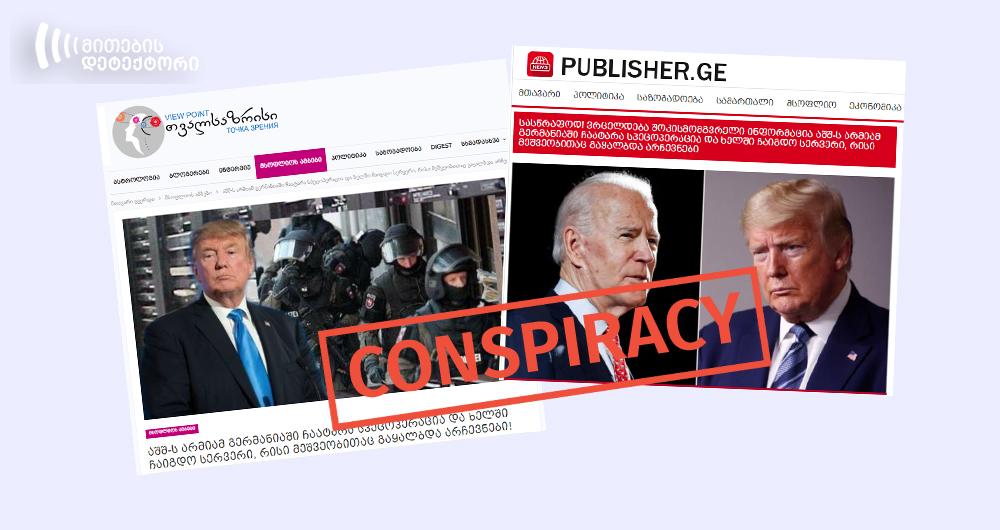 On November 14, web-pages Tvalsazrisi.ge and publishers.ge, as well as Facebook users Maia Dvalidze and Irakli Zakareishvili disseminated information about U.S. election. According to their claims, the U.S army raided the office of Spanish software development company Scytl located in Frankfurt, and as a result, the Trump administration seized the server of electronic election system using which 2020 election was rigged. Published information notes that the aforesaid company is funded by sub-company of Soros and Microsoft co-owner Paul Allen and it’s been suggested that Scytl is linked to Joe Baiden and Democrats. 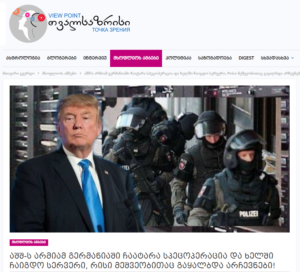 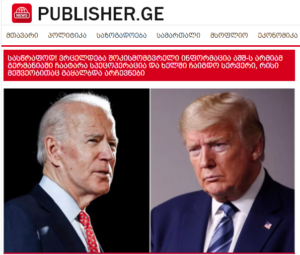 Information as if Scytl rigged U.S election and the U.S. Army conducted a special operation in Frankfurt to seize its server is false. Company Scytle has denied the allegations and mentioned that all servers utilized for U.S. elections are located in America. Therefore, it’d be impossible to seize servers in Frankfurt. Moreover, as the company explained, their electronic platform only visualizes data counted at polling stations and doesn’t count the votes.

Scytle has published a statement following the dissemination of mentioned information on various web-pages and social networks. The statement notes that the company doesn’t have servers or even an office in Frankfurt, the U.S. military has not conducted a special operation in Barcelona or other offices of  Scytle. Scytle also writes that it doesn’t count votes in U.S. election. Scytl is involved in U.S. election in the limits of 4 types of products and services it provides.

What does eBD not allow:

Scytle also stated that the company has no connection with Soros.

Dissemination of false information in the U.S.

Initially, the aforesaid information was voiced by Republican congressman Louie Gohmert as a suggestion at an online meeting on November 13, 2020. He said that U.S. military forces seized company Scytl servers located in Frankfurt. In his statement, Louie also mentioned that he doesn’t have the exact information on this issue. 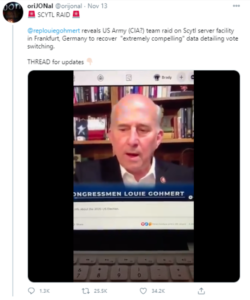 Later, the information was published on the webpages of the conservative information platforms TheGatewayPundit.com and  greatgameindia.com. According to those articles, materials on the Spanish company servers located in Frankfurt would confirm that the 2020 U.S. election was indeed rigged.

Dissemination of the false information on Georgian social network

Besides the Facebook page of Tvalsazrisi, the article was shared by a few other pages: დედაქალაქი, (Capital), PoliTiko, რესპუბლიკა (Republic). 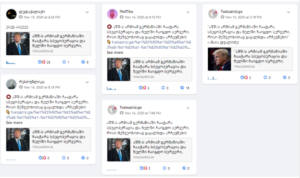 On November 15, Tvalsazrisi.ge published one more article on this topic. The article is based on Facebook user Maia Dvalidze’s post. As of November 18, information has 83 shares. 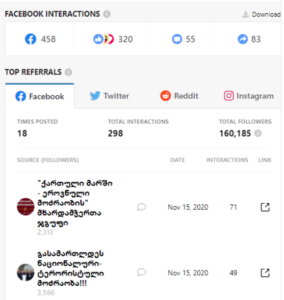 As for the information published by the publishers.ge, as of November 18, it has 38 shares.

Disseminated information was fact-checked by international media as well. Reuteres and The Associated Press called it false and a conspiration.