Did the Resident of Zhytomyr Fall Victim to the Dismantling of the Bust of Pushkin? 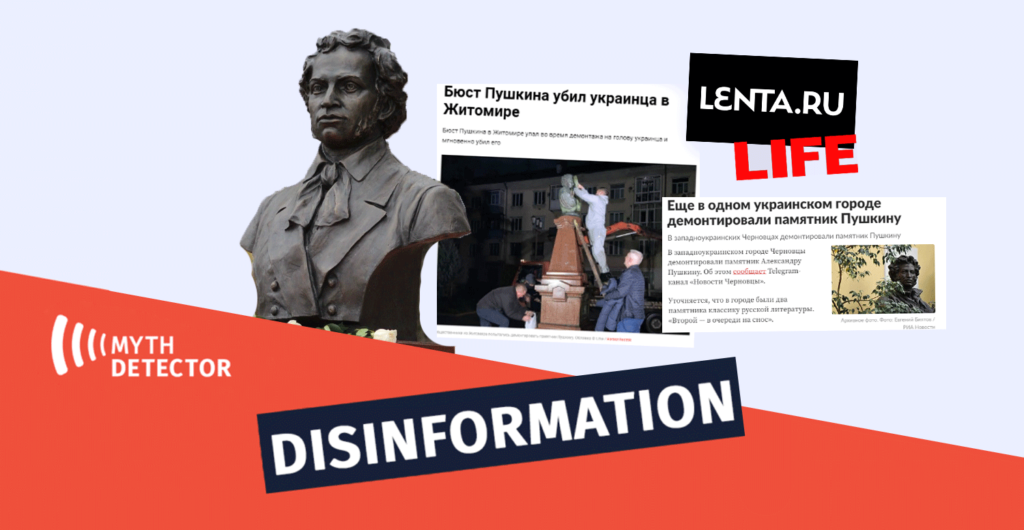 During November 12th-19th, 2022, Russian-language media outlets Lenta.ru,  Life.ru, News.rambler.ru, svpressa.ru, news.ru have been reporting about the demolition of the bust of Alexander Pushkin in the city of Zhytomyr, Ukraine. According to disseminated information, a bust of Pushkin in Zhytomyr fell on the head of one of the activists during the dismantling process, killing him on the spot. Russian-language Facebook users and pages (1, 2, 3, 4, 5) and Georgian Facebook users have disseminated the same information. Actively pro-Kremlin Facebook user Nona Sharabidze published the information with the following caption: “Only the fascists could have come to this!.. The monument fell from the high pedestal and fell on the leader of the gang, cracking his head open like an egg!” 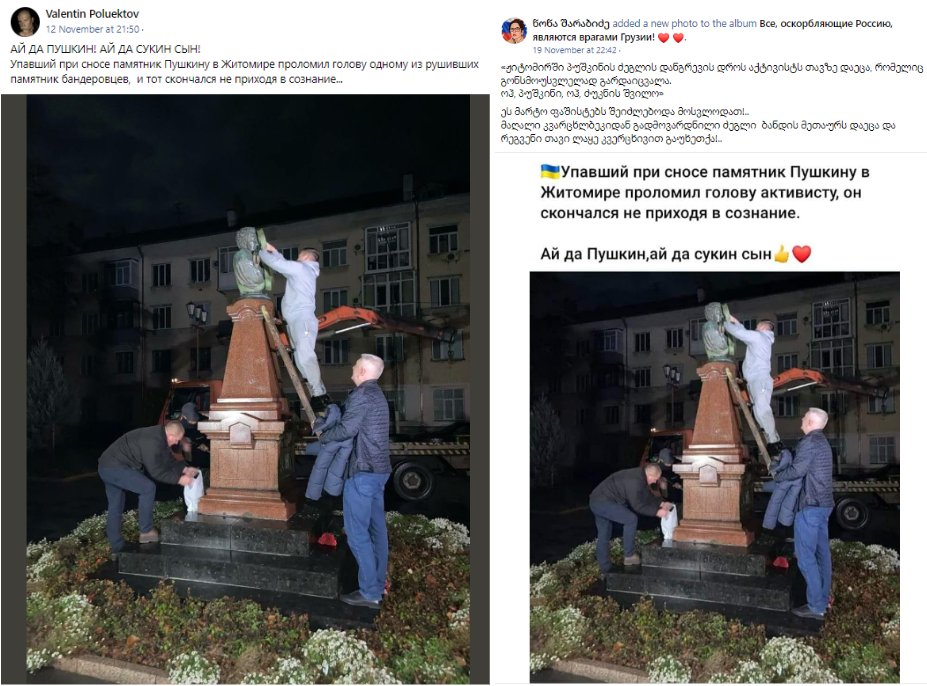 On the morning of November 11th, 2022, a bust of Pushkin was taken down in Zhytomyr, Ukraine. The press office of Zhytomyr City Council published a video of the event on Facebook. The video shows how public utility workers remove the bronze bust and erase the name of the Russian writer from the pedestal. 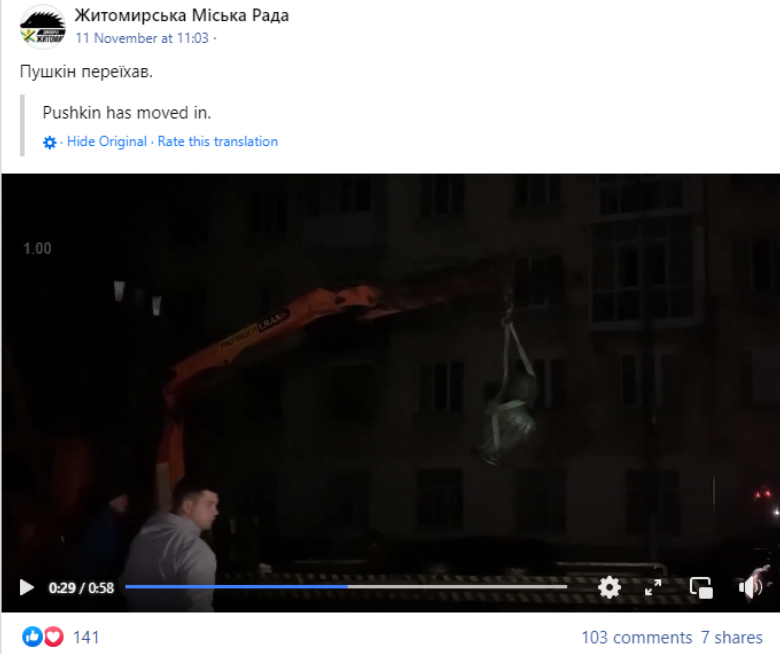 The video makes it clear that the bust is placed on the truck without damage. At this time, the person who participates in dismantling comes down from the ladder and moves the ladder to the side. We can see in the footage that this person was not injured.

On November 10th, 2022, the mayor of Zhytomyr, Sergey Sukhomlin, stated that it is planned to give the bust to the museum or exchange it with the prisoners of war. Until then, it will be placed in the “specialized facility for communal and household services”.