Did the former Georgian Deputy Defense Minister Confirm Negotiations with Russia prior to the 2008 August War? 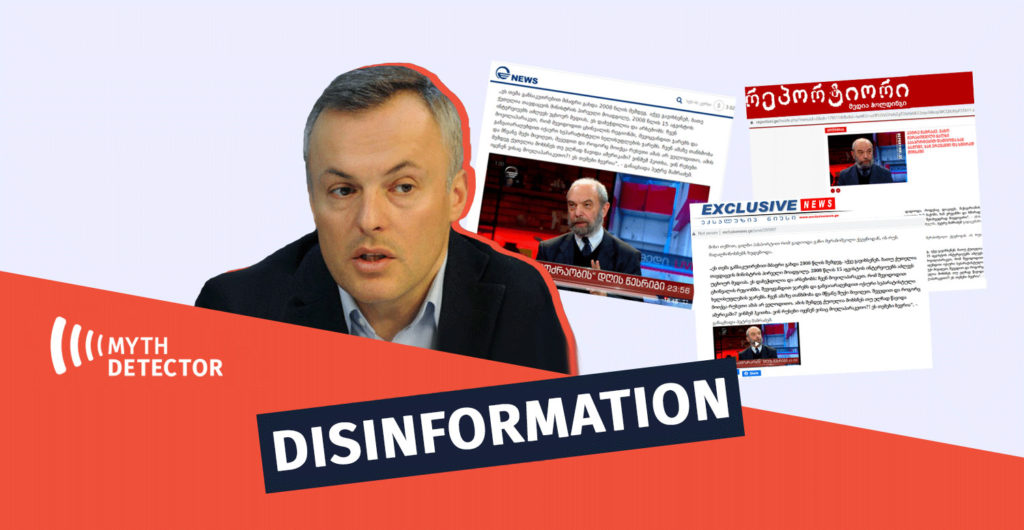 On February 3rd, 2022, Petre Mamradze, the head of the Strategic Management Institute, told “Imedi LIVE” that the leaders of the United National Movement were involved in negotiations with Russian officials in 2008. According to Mamradze, the then First Deputy Defense Minister, Batu Kutelia, confirmed in an interview with foreign media on August 15th, 2008, that the decision to send troops to the Tskhinvali region and disarm the separatist government had received a green light from Russia. Mamradze made an identical statement on Imedi TV on December 21st, 2021. Mamradze then noted that on August 15th, 2008, Batu Kutelia gave an interview to the well-known publication Le Figaro as well.

On February 3rd, the statement of Petre Mamradze was published by news outlets exclusivenews.ge and reportiori.ge. 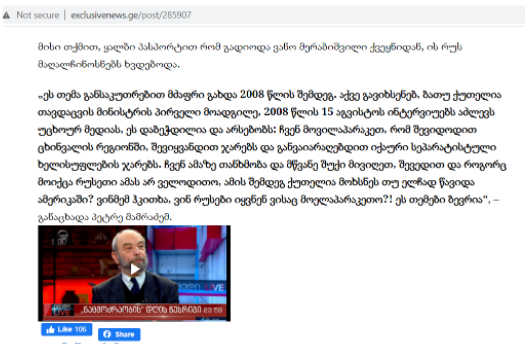 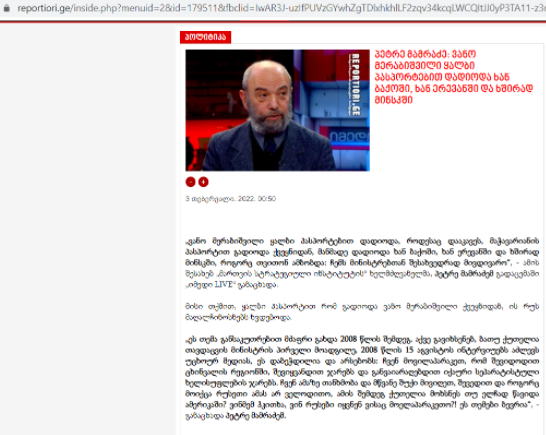 The information disseminated by Mamradze that Georgia made the decision to invade Tskhinvali after negotiations with Russia, which Batu Kutelia confirmed to a foreign publication, is false. In an interview with the Financial Times, Kutelia noted that Georgian troops entered Tskhinvali after Russian military equipment crossed the border, while an interview of Le Figaro with Batu Kutelia, dated August 15, 2008, does not exist.

On August 21st, 2008, Batu Kutelia, Georgia’s then-Deputy Defense Minister, told the Financial Times that Georgian troops had entered the Tskhinvali region after Russian military equipment crossed the border from North Ossetia. According to Batu Kutelia, at that time, “to some extent, there was no other choice.” The interview also states that Georgia was not ready for such a development of events and that the Georgian military infrastructure suffered great damage after the war with Russia.

As for the French weekly “Le Figaro”, it does not contain the interview of the former Deputy Minister of Defense of Georgia dated August 15th, 2008. In the French edition of August 15th, 2008, we find two articles about the Georgian-Russian war. The title of the first article is “Georgia has signed a ceasefire agreement” (La Géorgie signe le cessez-le-feu avec la Russie). The article says that Tbilisi has signed a ceasefire agreement with Russia, whose forces still occupy part of Georgia, and the United States is asking Russia to leave the country immediately. The second article in Le Figaro, published on August 15th, was entitled “Ossetian Soldiers Terrorize Georgians” (Les miliciens ossètes terrorisent les Géorgiens) and described how Ossetian soldiers abused the population in the footsteps of the Russian army. 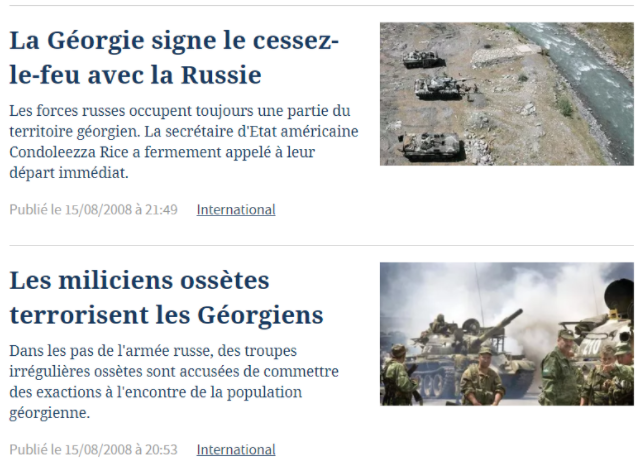