Did the EU Offer Georgia Macrofinancial Assistance in Exchange for Receiving Afghan Refugees? 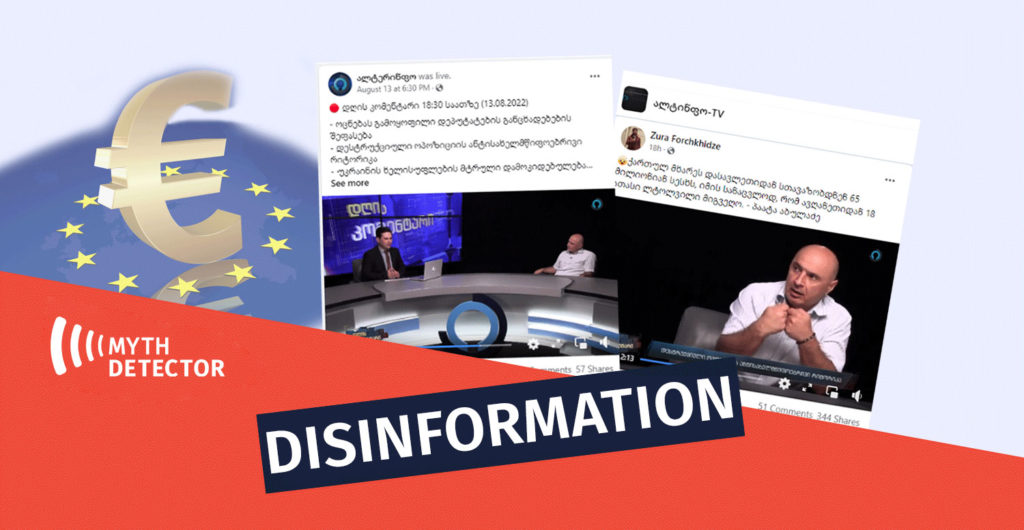 On August 17th, 2022,  an excerpt of the “Alt-Info program of August 13th was published in the Altinfo-TV Facebook group. The guest of the program, Paata Abuladze, asserted that the Georgian side was offered a loan of 65 million from the West in exchange for receiving 18 thousand refugees from Afghanistan, but the Prime Minister did not take the deal.

Paata Abuladze: “We were supposed to bring in a total of 18,000 refugees from Afghanistan, and 65 million were allocated for that; the prime minister was brave enough not to take the deal. Everyone hid that the 65 million was to receive these 18,000 Afghan refugees. Now, can you imagine the way the Afghan community would come here, their adaptation in Georgia?!” 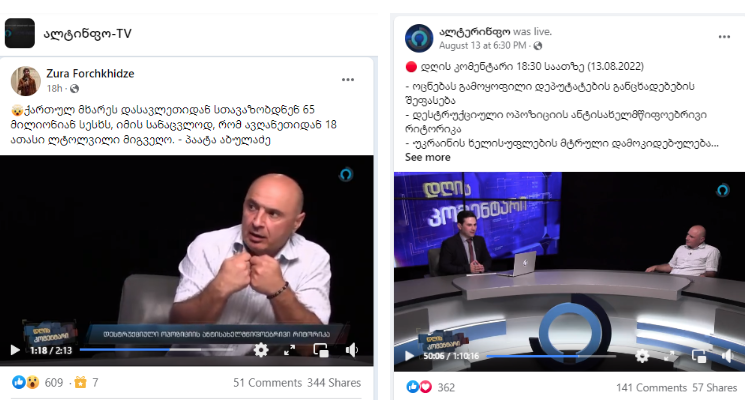 The claim that the West offered Georgia 65 million in exchange for receiving Afghan refugees is disinformation. In fact, macro-financial assistance worth EUR 75 million was part of the aid package that the European Union allocated to Georgia to overcome the socio-economic consequences caused by the coronavirus pandemic. As for Afghan refugees, Georgia was used as a transit point for passengers from Kabul. Georgia served as a temporary shelter not to the refugees themselves but to employees of international organizations evacuated from Afghanistan.

The amount that Paata Abuladze refers to was a credit worth 75 million euros. In August 2021, when American troops were gradually withdrawing from Afghanistan, and Tbilisi International Airport was used as a transit point for passengers from Kabul, Prime Minister Irakli Gharibashvili refused the 75 million euro credit offered by the European Union.

On August 31st, Gharibashvili announced that Georgia was refusing the 75 million EUR offered by the European Union because the country had started reducing its foreign debt.

In order to receive the loan, Georgia had to carry out various reforms, including increasing the independence and accountability and quality of the judicial system. On August 31st, the EU delegation noted that Georgia could not fulfil the conditions for receiving macro-financial assistance.

Disinformation as if it was planned to settle Afghan refugees in Georgia en masse was first disseminated by the Kremlin media in August 2021. Pro-Kremlin outlets have started voicing the claim after the Georgian government decided to grant temporary shelter to the employees of international organizations evacuated from Afghanistan. The expenses related to their stay in Georgia were reimbursed by relevant international institutions.

The then Minister of Foreign Affairs Davit Zalkaliani also commented on the viral disinformation, noting that the territory of Georgia was used as a transit point and the passengers evacuated from Kabul stayed in Georgia for only a few hours.

For more on the topic, see our previous article: