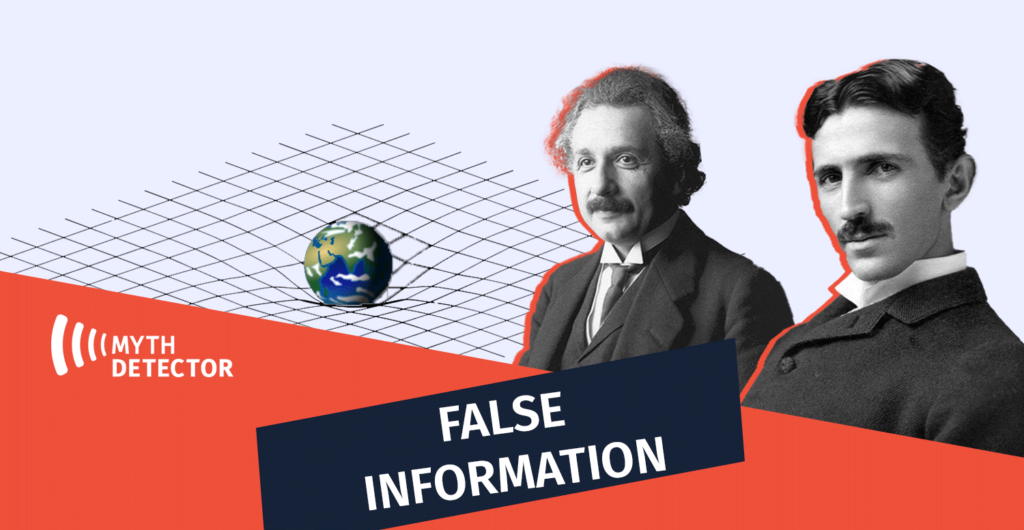 In late November, a number of Georgian Facebook accounts (1, 2, 3, 4) posted about a supposed interview Tesla gave in 1899 with the journalist John Smith. The same interview has also been shared by a number of Russian Facebook accounts from 2017 onwards (1, 2, 3, 4, 5, 6, 7). According to the posts, Tesla compares light and energy to music, stating that “particles of light are written notes.” In the supposed interview, Tesla claims that there is no such thing as empty space and that there are major sources of energy all over the world. He states that black holes are the “most powerful sources of energy and life” and that matter was created from the “original and eternal energy that we know as Light.” Finally, he claims that if Einstein had heard these sounds, he would not have created the theory of relativity and that these sounds are a message to the mind that life has meaning, that the Universe exists in harmony, and that beauty is the cause and effect of Creation. 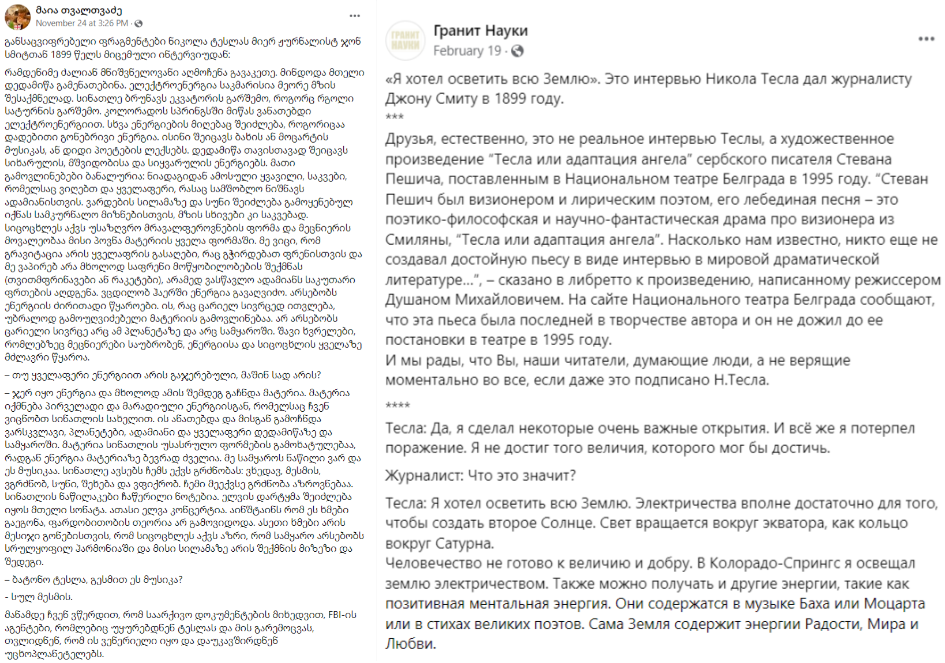 Disseminated information is false; no such interview with Tesla ever took place. The quotes originate from the play “Tesla or the Adaptation of an Angel” written in 1995 by Stevan Pešić, which features a fictional interview between Tesla and a journalist. This play was later made into a 2001 film with the same name.

There are a number of factual inconsistencies within the supposed interview. For example, a number of Facebook posts claim it was conducted in 1899 by the journalist John Smith. However, Einstein was born in 1879, which would make him only 20 years old when this supposed interview was conducted. Furthermore, his Theory of Relativity was only published in 1915. The term “black hole” is also an anachronism — it was only coined in the 1960s.

According to a 2020 fact-check by the Australian Associated Press, the interview originates from the play “Tesla or the Adaptation of an Angel” by Stevan Pešić. Multiple museums and biographers of Tesla were unable to find any proof Tesla actually said these words. A transcript of the play shows that the quotes shared by these Georgian and Russian Facebook accounts directly originate from Pešić’s production.