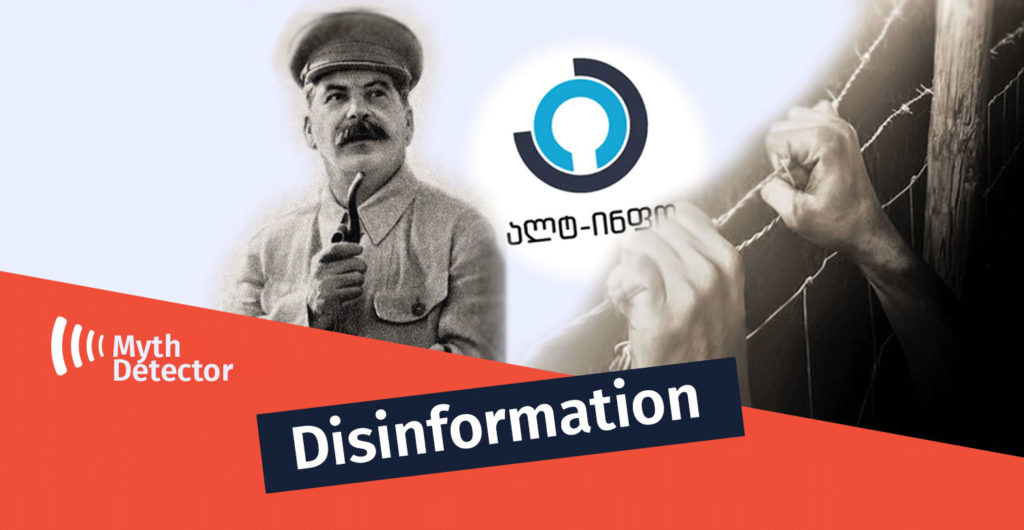 On October 26th, 2021, Irakli Martinenko, the host at “Alt-Info,” said that systematically unacceptable forms of punishment, such as rape and similar methods, were not employed under Joseph Stalin’s rule.

Irakli Martinenko: „[In Stalin’s time] there was no such thing as a systematic use of unacceptable forms of punishment. Namely, crimes were not punished by drastic measures such as rape or something similar. Such thing did not occur.“

The claim of Irakli Martinenko does not depict the reality of that time. In fact, it was during the Stalin era when a large number of people, including those repressed in 1937, were punished by various cruel methods. For instance, mass rape was actively practised in the Gulags and prisons, often involving leaders as the main perpetrators.

In 1938, the Soviet Union opened the Sukhanovka Prison in the south of Moscow, explicitly designed for enemies particularly dangerous to the state. The fortress was considered the most brutal place in that period and afterwards, utilizing the most inhuman methods to punish a person. Noteworthy,  USSR leaders were involved in the punishment process on specific occasions, and Lavrenty Beria was the most infamous in this regard. 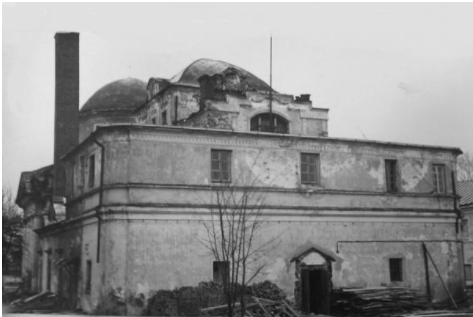 Noteworthy, these methods were often used to make the prisoners sign a confession. Among other forms of punishment were sleep deprivation, banning prisoners from sitting, prisoners having needles and pins forced under their fingernails, their fingers being crushed in a door, etc.

Among the prisoners was Russian director Vsevolod Meyerhold, whose letter on the history of torture still exists. 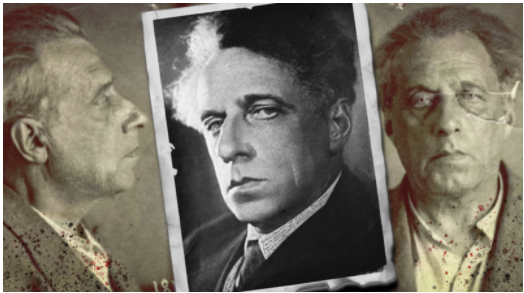 Vsevolod Meyerhold: “.. they beat me, a sick 65-year-old man. I was made to lie face down and beaten on the soles of my feet and my spine with a rubber strap; then they sat me on a chair and beat me hard on the legs with the same strap … For the next few days, when those parts of my legs were covered with extensive internal haemorrhaging, they again beat the red-blue-and-yellow bruises with the strap, and the pain was so intense that it felt as though boiling water was being poured on these sensitive areas. I yelled out and wept from the pain … My nerve endings were very close to the surface of my body and my skin was as tender and sensitive as a child’s, while my eyes turned out to be capable of weeping bucketsful of tears. Lying face down, I found myself writhing and squirming and howling like a dog being beaten by its owner. They would beat me on the old bruises and contusions, so my legs turned into a bloody mess. My interrogator kept repeating the same threat: “If you don’t sign a confession, we’ll go on beating you. We’ll leave your head and right hand alone, but we’ll turn the rest of you into a shapeless bloody lump of meat”. And I signed everything they wanted.”

It is essential to underscore that Joseph Stalin led the punishment process, and the Stalinist repressions, during which these cruel methods of punishment are carried out, were initiated by him. For example, on January 10th, 1939, Stalin wrote that the Central Committee of the Communist Party had allowed him “the use of physical means of persuasion,”  a term used in interrogations since 1937.

The events of the Sukhanovka Prison were not only typical of that prison but was also used in other Soviet prisons and interrogation areas. For example, many Georgian public figures were punished in similar forms during the 1937 repressions.

Bondo Arveladze: “Javakhishvili was beaten with whips, then some whips were dipped in the saltwater … it was terribly painful … they beat his feet. His left hand was being crushed in a door, making him sign the protocol with the right hand.”

Nino Andriadze: “He was terribly tortured before being shot. He had to write with hands shaking that he was a spy. They asked Tizian to name other spies working with him, and he named Giorgi Saakadze from Noste. They really went to look for Giorgi Saakadze.” 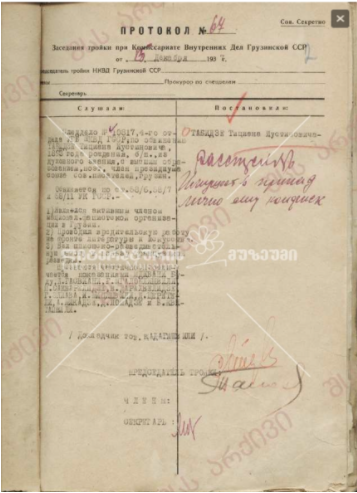 The forms of punishment in the Gulags were no different from those in prisons. Punishment was accompanied by hard and prolonged labour. Noteworthy, many women in Gulags were also repressed as victims of sexual violence, often involving Gulag rulers and officials. Despite the claims of Irakli Martinenko, the fact remains that rape was constantly taking place in such places.

As one of the prisoners, Shalamov, recalls, women were often raped by guards, which was constant. During transportation to the Gulag, women were often abused when male criminals paid bodyguards, receiving the “right” to violence. In many cases, male prisoners helped women to avoid becoming victims of sexual violence. It should be noted that this process lasted for years in the Stalin era, and no one interfered with it.

As one of the victims recalls:

“They raped according to the command of the tram “conductor” … then, on the command “кончай базар” [“stop the fun”] heaved off, reluctantly, giving up their place to the next man, who was standing in full readiness … dead women were pulled by their legs to the door, and stacked over the threshold. Those who remained were brought back to consciousness—water was thrown at them—and the line began again.”

In addition to privates, high-ranking officials were also involved in sexual violence. In this regard, Lavrenty Beria has been exposed to rape by many young women.