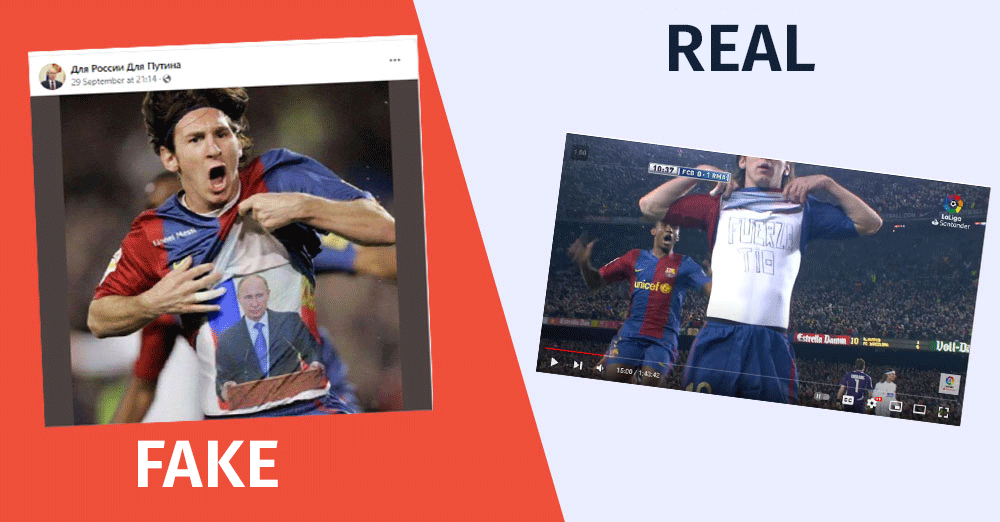 On September 29th, 2022, a photo of the famous Argentinian football player Lionel Messi was published in the Russian-language group I LOVE RUSSIA. Messi has his Barcelona t-shirt up, and his undershirt shows Vladimir Putin’s image, creating the impression that Messi supports the Russian president. 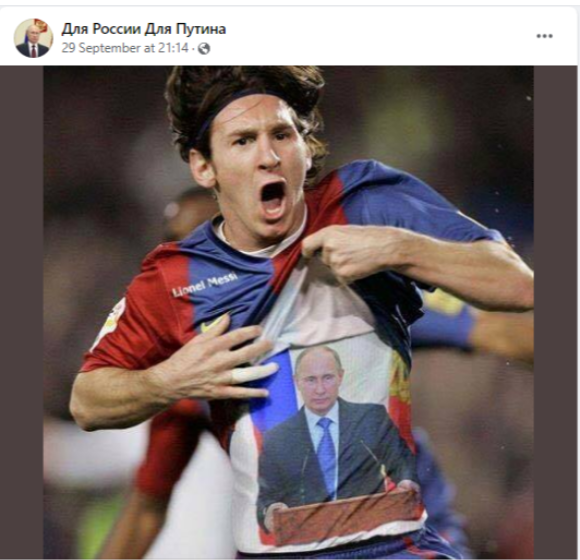 The disseminated photo is altered by software. The photo was taken on March 10th, 2007, during the match between “Barcelona” and “Real Madrid”. After scoring the first goal, Lionel Messi lifted his shirt and showed the inscription “Fuerza Tio”, which translates from Spanish as “Stiffen up, uncle”. According to Messi, he wanted to encourage his uncle, whose father had died.

The photo of Lionel Messi was taken on March 10th, 2007, at one of the matches of the Spanish Primera Division (professional football league for Spanish clubs – La Liga), in which two clubs – “Barcelona” and “Real Madrid” faced each other.

The mentioned match was published on the official YouTube channel of La Liga. Messi scored the first goal in the eleventh minute of the match and lifted his shirt to celebrate this goal. In the recording of the match, it is clearly seen that the Argentinian football player does not have Putin’s image on his shirt, but the Spanish inscription “Fuerza Tio”: 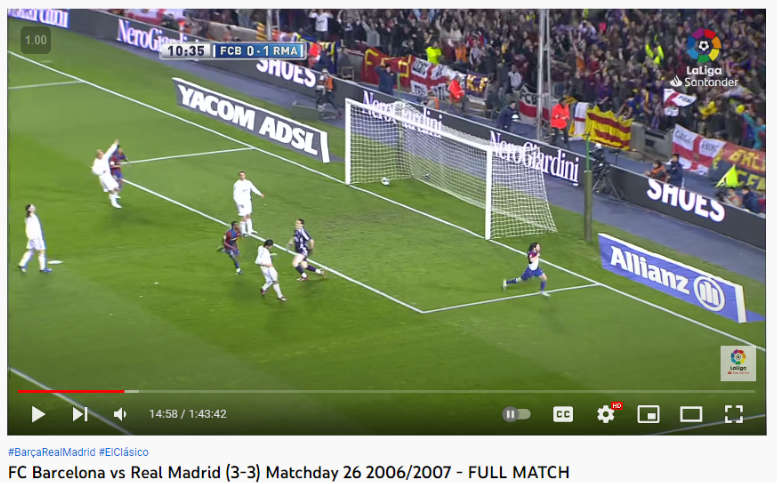 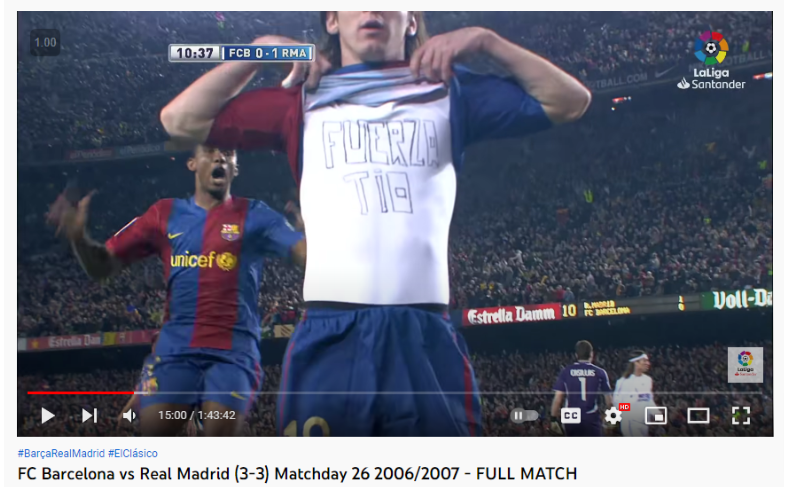 A video of the goal is also available on the official Twitter page of La Liga.

After the game, Lionel Messi commented to the media that he wanted to encourage his uncle, whose father died the day before, with the inscription on the shirt.

The altered photo of Messi was shared in the group I LOVE RUSSIA by the account “Для России Для Путина.” The group mainly spreads propaganda messages from the Kremlin and photos of Vladimir Putin.