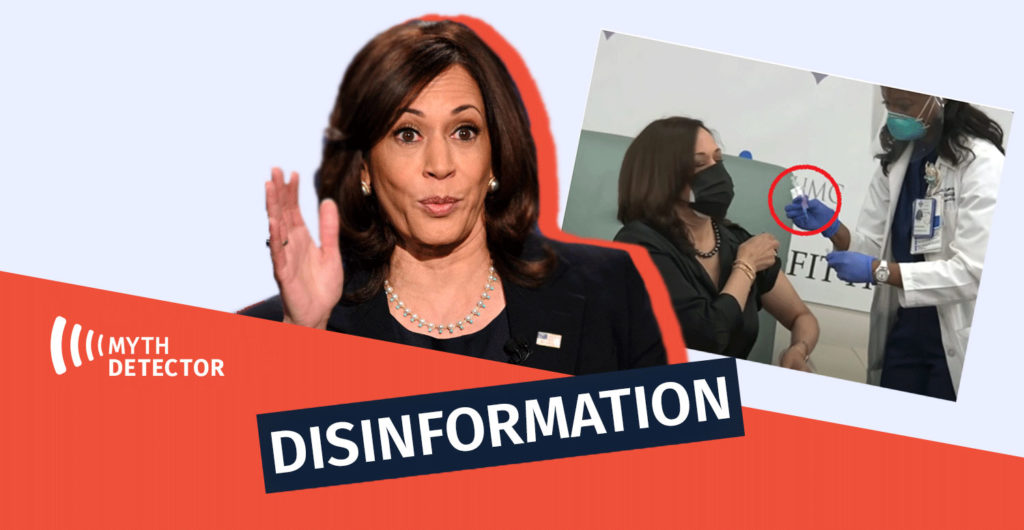 On September 5th, 2021, the Facebook user “Nino Nino” published a video where Kamala Harris, the vice president of the U.S., gets inoculated by a coronavirus vaccine. The frame where the medical worker allegedly straightens the needle by the end of the procedure is repeated several times. The video description asserts that Harris did not take the vaccine and had simply staged her vaccination procedure. In addition, similar videos have been published by the users “Khatuna Khatun” and “Tamazi GIorgevich Odzelashvili” on September 12th. 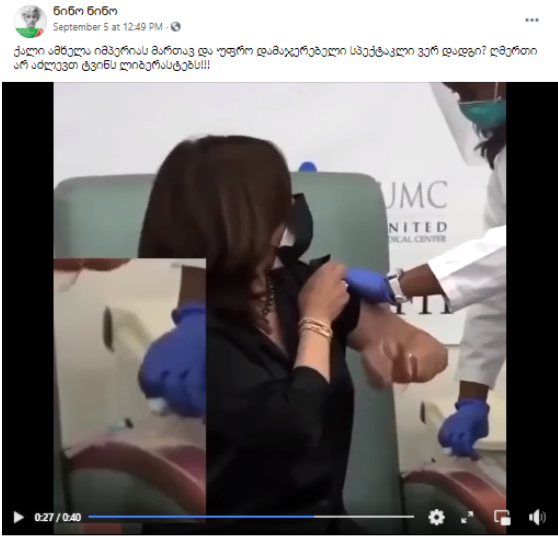 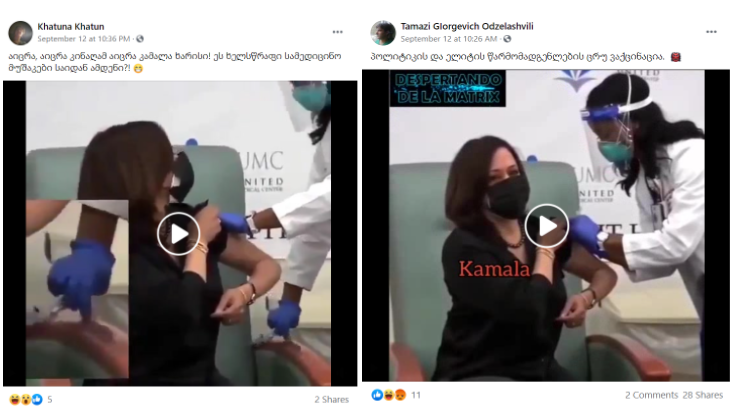 The claim that Kamala Harris has staged her vaccination and did not take the vaccine is disinformation. In reality, the vice president was inoculated using the ‘B.D. Eclipse Needle,’ which is widely used in the United States and prevents medical workers from accidentally injuring themselves or others.

On December 29th, 2020, the vice president of the United States, Kamala Harris, publicly received the first dose of the ‘Moderna’ vaccine, joining the campaign of celebrities trying to decrease the fear and build more trust towards the vaccines in society by showing the example. By closely inspecting the video in high quality, the shot at 0:15 allows us to identify the ‘Eclipse Needle’ and confirm that the syringe has a sharp end. 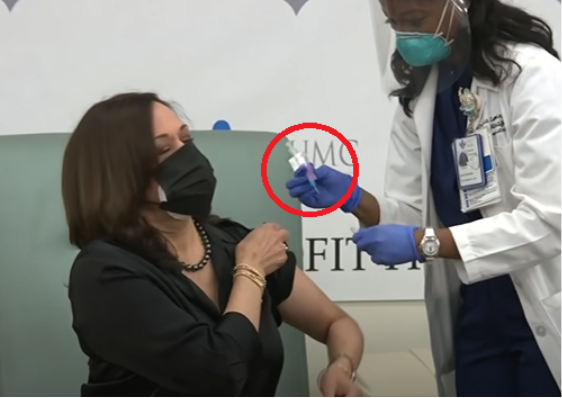 The detailed instruction of using the ‘Eclipse Needle’ is available here.

The so-called Safety syringes are mainly used to prevent nurses from accidentally injuring themselves or the patient. They are in mass consumption and are recommended by both the FDA and the E.U.

Vaccination syringes have become the source of conspiracies in the past as well. For more information, see the articles of “Myth Detector:”

The video of Kamala Harris has become viral not only on Georgian social media but also abroad. The case has been fact-checked by Reuters, and other English, Italian and Polish language editions.

The author of the post, Nino Nino, is most likely a fake account since it does not showcase any image revealing their identity, while the URL address indicates dato.okribelashvili.77. At various times, the account has been publishing posts directed against the Namakhvani HPP and supported ‘ERI’ – the political party of Levan Vasadze. 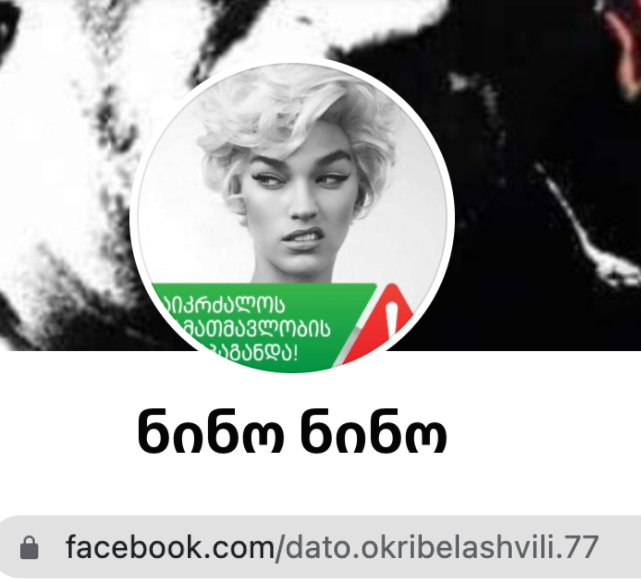 The disinformation disseminated by ‘Nino Nino’ has been fact-checked by “Myth Detector” before. See: