Did Georgian Population Grow at the Expense of Immigrants? 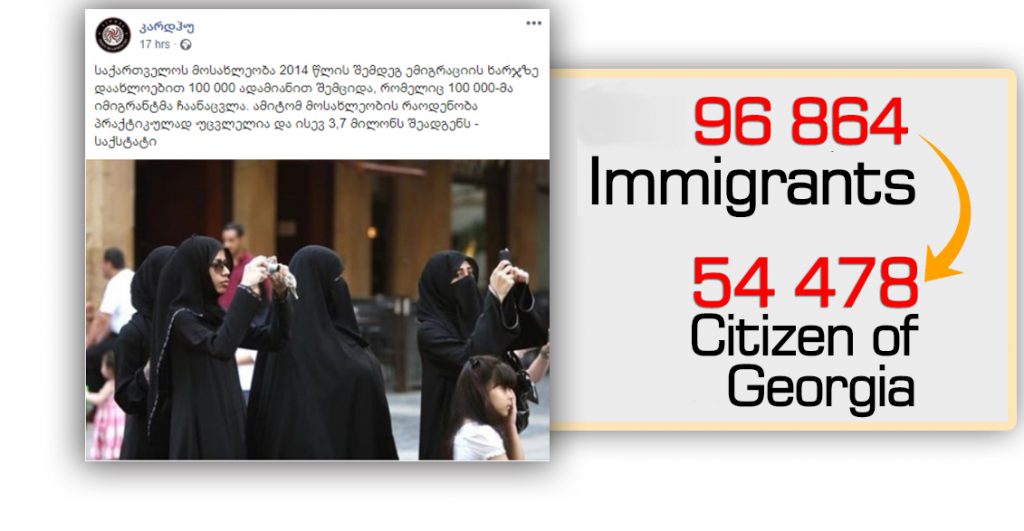 On April 30, a Facebook page “კარდჰუ” (Kardhu) published a post about the size of Georgian population. “Kardhu” claims that although the population of Georgia has decreased by 100,000 since 2014 largely due to emigration, the size of Georgian population remains unchanged totaling 3.7 million. The Facebook page cites the increased number of immigrants as the reason, referring to Geostat, Georgia’s national statistics office, as its source. The post is manipulatively accompanied by the photo of Muslim women wearing niqābs. 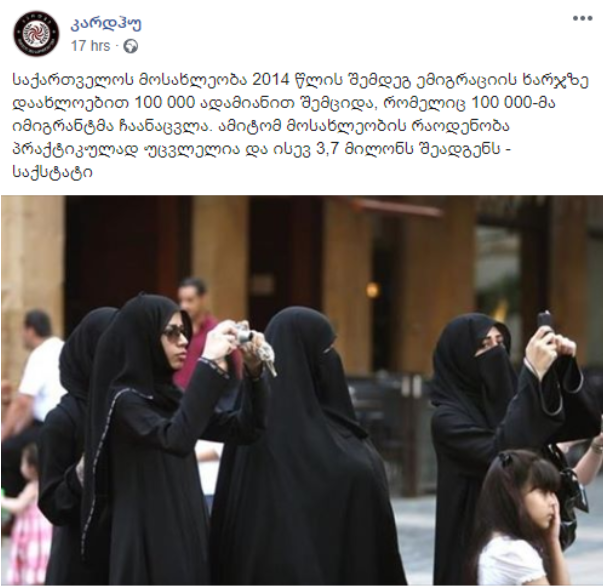 “Kardhu’s” claims that 100,000 immigrants have allegedly arrived in Georgia since 2014 are manipulative. The photo accompanying the post creates an impression that these immigrants are foreign citizens, particularly Muslims. “Kardhu” does not specify that according to Geostat data for 2019, of 96,864 immigrants, 54,478 are Georgian citizens.

It is worth noting that most of foreign immigrants (11,515) are Russian citizens, followed by Iranian citizens (5,664).

“Kardhu” uses a photo of Muslim women as a visual “evidence” of foreign immigrants in Georgia that creates an impression that the size of Georgian population has allegedly remained unchanged due to immigrants from the Middle East (since they are wearing niqābs). Geostat provides data on how many immigrants are foreign, including Iranian citizens. As for the photo itself, it was used by various media outlets in 2014 and it is actually related to the decision made by Saudi Arabia and other Gulf nations to revoke an unofficial travel ban to Lebanon. 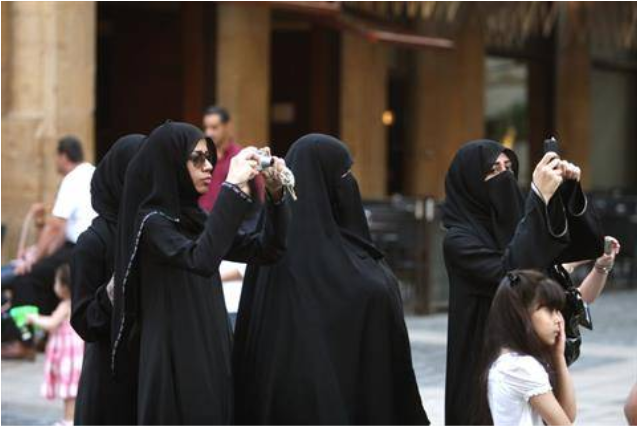