Did Bill Gates speak about chips and coronavirus in 2015? 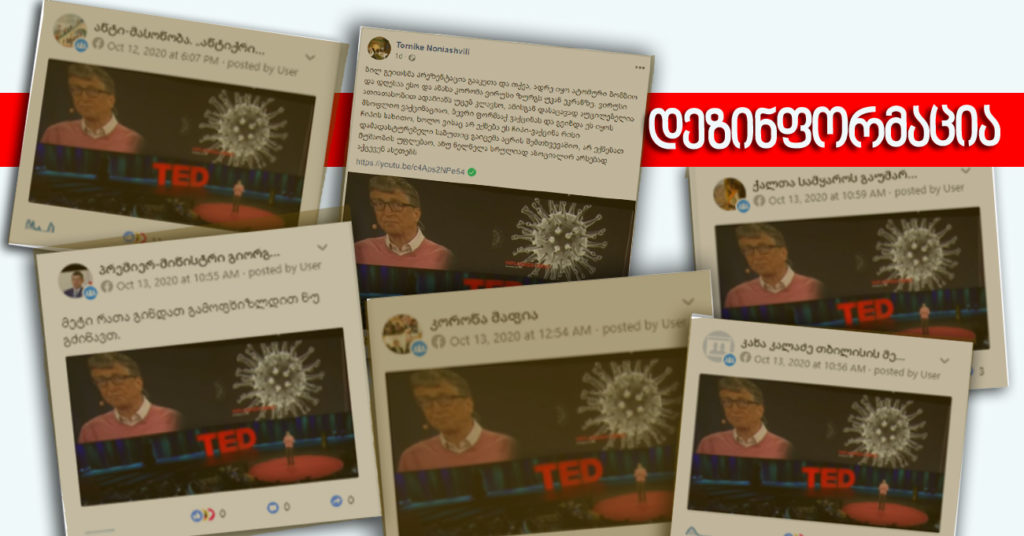 On October 12, Facebook user Tornike Noniashvili published a post claiming that businessman and philanthropist Bill Gates spoke about mass vaccination and noted that vaccines should be in the form of the chip, and people will not be allowed to work if they refuse implanting the chips. Tornike Noniashvili’s post also mentions that Bill Gates assessed atomic weapon as an old challenge, and named coronavirus as a contemporary threat, and even displayed the model of COVID-19. Attached to the post is the photo of Bill Gates from his appearance on TED Talk, as well as a youtube link that discusses pandemic and touches upon several videos including Bill Gates’ speech on TED Talk in 2015.

As of October 13, the post has 106 shares. Per data from Crowdtangle, the post was shared in 5 groups including “Corona Mafia” and “Anti-masonry. “Antichrist’s” New World Order (NWO); Anti-ecumenism”. 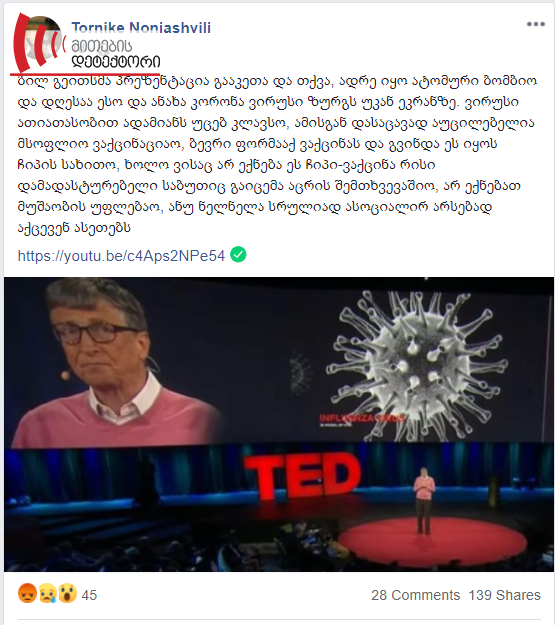 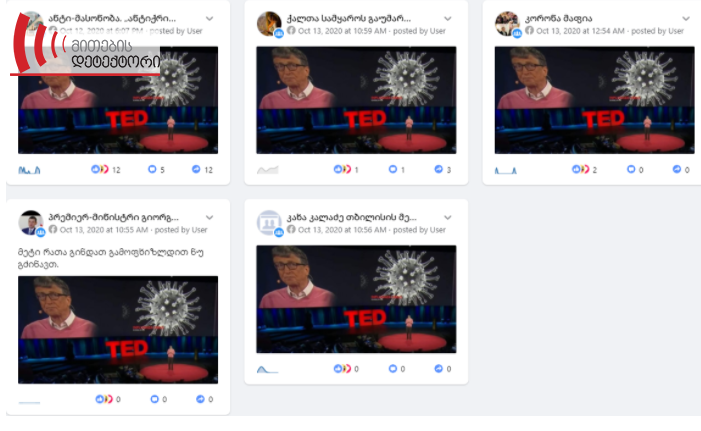 Disseminated post as if Bill Gates plans to develop a vaccine in a form of a chip and people won’t be allowed to work if they refuse chipping, is a disinformation. The photo attached to the post is from Bill Gates’ appearance on TED Talk in 2015, where he didn’t’ mention coronavirus and displayed not COVID-19, but the H1N1 model on the screen.

What did Bill Gates actually speak about?

In 2015 Bill Gates spoke about viruses and threats it poses during his appearance on TED Talk. He noted that nowadays the risk of global catastrophe is linked to viruses and not atomic weapons and missiles. As an example, he displayed a 3D model of the influenza virus, H1N1 on the screen. Bill Gates didn’t mention either COVID-19 or other types of coronavirus, he only touched upon the Ebola epidemic and stated that it was a wake up call for everybody and the world needed to prepare better for the future epidemic. According to Bill Gates, the reason why Ebola didn’t spread on a large scale was that it didn’t’ contaminate in numerous urban areas, albeit, as Bill Gates said, we won’t be this lucky in the future. 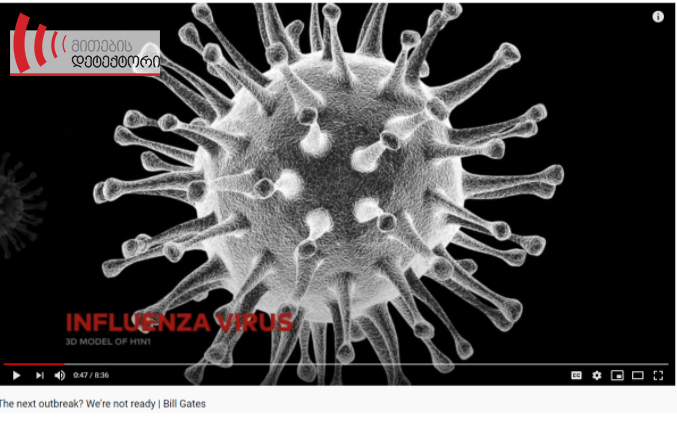 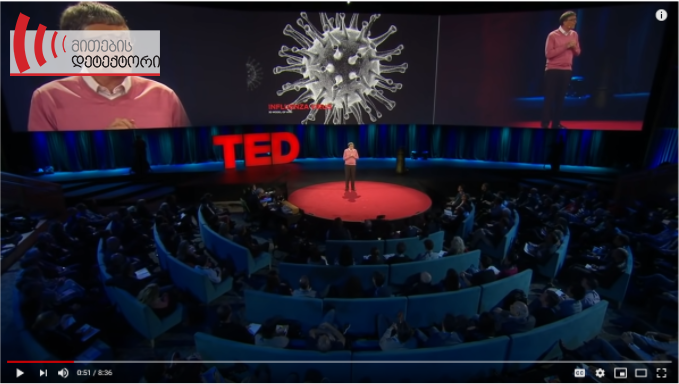 In his TED Talk appearance, the philanthropist emphasizes the fact that the world has made little investment in the fight against epidemics and isn’t prepared enough at this stage.  Bill Gates offers 5-key measures in order to prepare for the next epidemic, which will be much more severe than Ebola:

Bill Gates mentioned vaccination and stated that it’s important to work on a vaccine, albeit he didn’t say that vaccine should be developed as a chip, nor did he mention not allowing people to work if they refuse the vaccine.

At the end of the video Bill Gates noted that he cannot estimate exactly how much would it cost to prepare for the future epidemic, but he’s confident it would be less than financial damage and human loss caused by the next epidemic.

Myth Detector has previously written about the conspiracies about Bill Gates: