Did Bill Gates admit that climate change is a fraud? 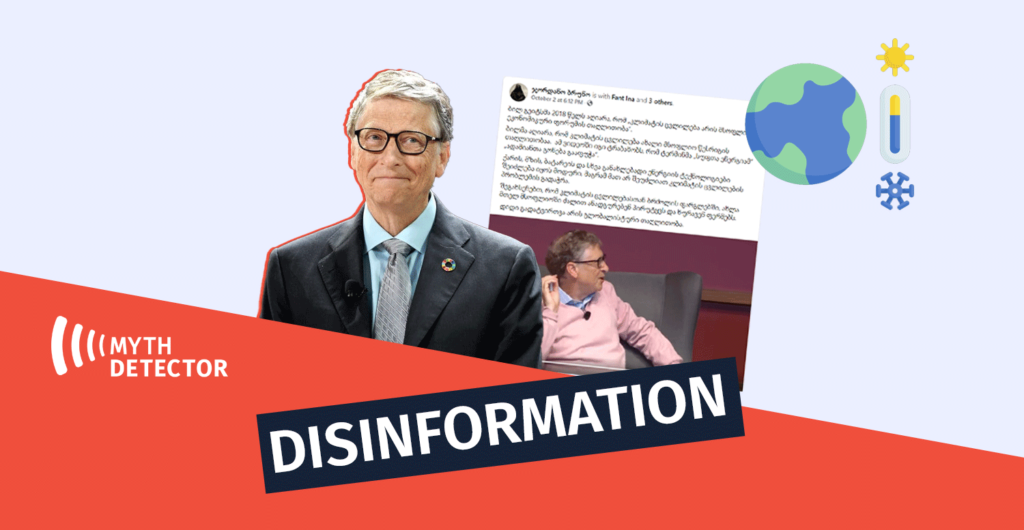 In early October 2022, a Georgian Facebook account disseminated a video of Bill Gates speaking about battery storage and electricity. The authors of the post claim that Bill Gates admitted in 2018 that climate change is a scam created by the World Economic Forum as part of a New World Order and that it is causing livestock to be forcibly destroyed and farms shut down. The authors further assert that renewable energy such as wind, solar, and battery storage cannot solve climate change. 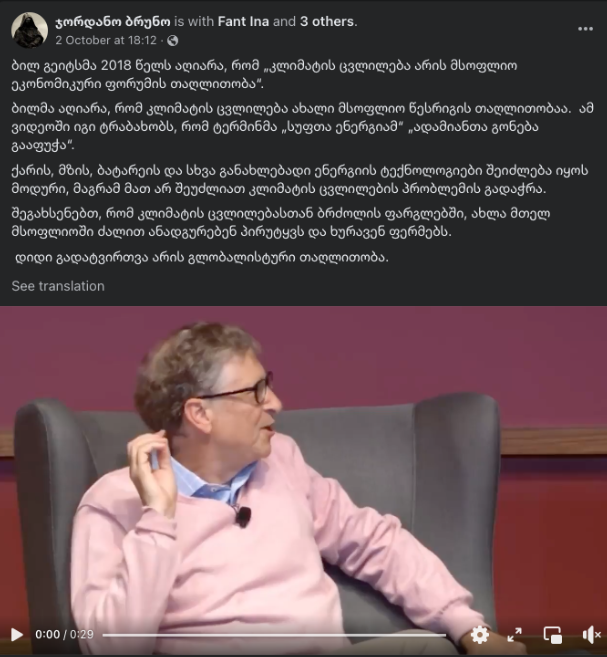 The disseminated post contains a false claim and multiple conspiracy theories. Bill Gates did not admit that climate change was a scam or a hoax, nor did he reference a New World Order. The video attached originates from an Energy Investments Dialogue with Bill Gates in November 2018 at Stanford University’s Global Energy Forum. In the video Gates stated that renewable energy won’t stop climate change. 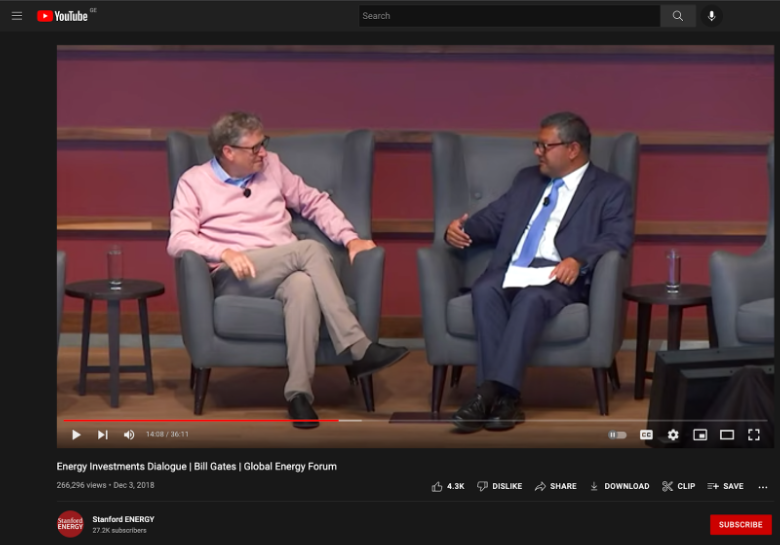 In the full video, Bill Gates argues that while decreasing prices for renewable technologies are good, it is not enough to save the world from climate change, given that electricity makes up just 25 percent of greenhouse emissions and there is no substitute for the industrial economy as it is run today. “Electricity is only 25 percent of the problem, and you need reliable electricity,” Gates says. “The idea that we have the current tools and it’s just because these utility people are evil people and if we could just beat on them and put [solar panels] on our rooftop — that is more of a block than climate denial,” Gates said. “The ‘climate is easy to solve’ group is our biggest problem.” His full argument is detailed in a follow-up article by Stanford’s Precourt Institute for Energy.

Climate change conspiracies have repeatedly emerged in Georgian media, most claiming that global warming and climate change are fabrications created by world elites to control the world and its population. While fluctuations in global temperatures have occurred before, two-thirds of the increase in the world temperature has occurred since 1975, and nine of the ten hottest years on record have occurred in the past decade, indicating that the accelerated growth can be ascribed to human activities, particularly the utilization of fuel and exploitation of natural resources. Currently, fossil fuels, such as coal, oil, and gas, are the largest contributors to climate change, accounting for over 75 percent of global greenhouse gas emissions and nearly 90 percent of all carbon dioxide emissions. Renewable energy sources and technologies, such as wind, solar, and battery storage, could decarbonize 90 percent of the power sector by 2050, massively cutting carbon emissions and helping to mitigate climate change.

The conspiracy theory about a New World Order has appeared in a number of Georgian Facebook posts over the last years, and is a term that has existed for decades. One of the key claims is that a secret group of people are seeking global control. In this case, climate change has been linked with the claim it is a scam of the World Economic Forum as part of a globalist hoax.

The conspiracy about livestock liquidation has also appeared before in Georgian Facebook posts, most notably in June 2022 where a post claimed the slaughtering of cattle was to artificially cause a food crisis and famine. In fact, it is high heat and humidity, directly related to global warming, that has been causing livestock deaths.

The same clip has been spread throughout the U.S. this month as well, where Bill Gates has long been a target in the U.S. for conspiracy theories, which range in topic from climate change to the Coronavirus pandemic. 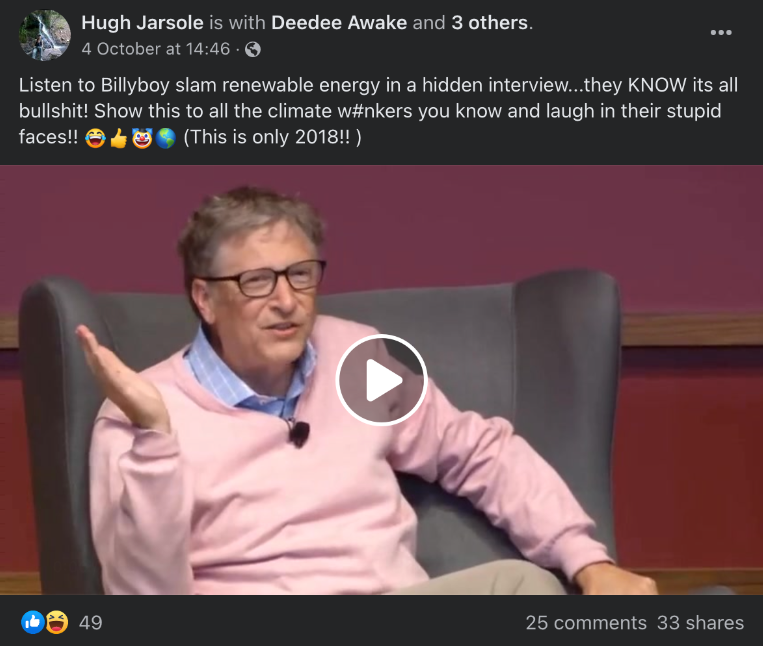 A fact check by Reuters found that social media users, similar to those in Georgia, were sharing this clip to claim that Bill Gates has previously opposed climate change efforts and that concepts such as “clean energy” or “renewable energy” are madness.