Did Ants Save the Icon of Christ? 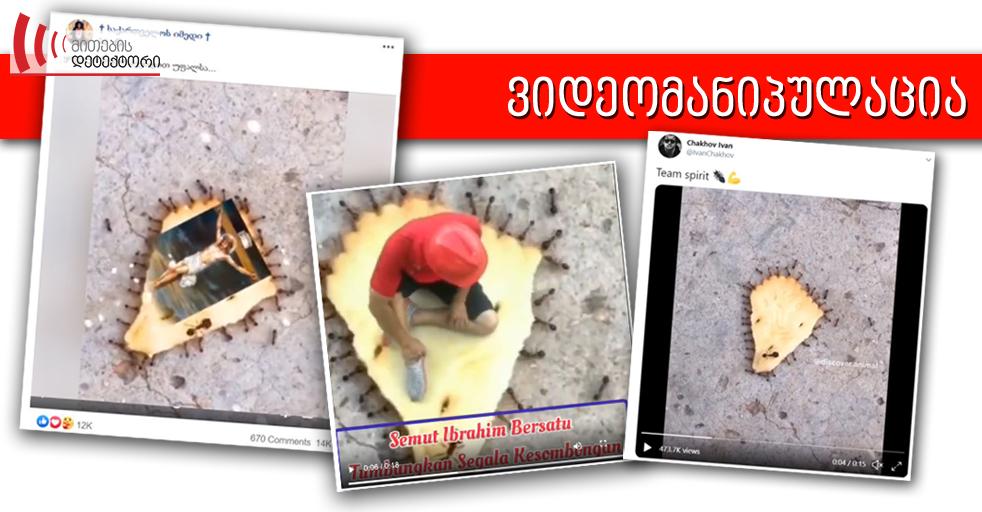 On September 18, Facebook page “საქართველოს იმედი” (Hope of Georgia) posted a video, showing the ants carrying the icon of Jesus Christ. The video has a caption: “Let everything that has breath praise the Lord.” The video has gone viral and as of September 21, it has 14,000 shares.

Three minutes after the video was uploaded on Hope of Georgia’s page, an identical video was uploaded on another Facebook page ““ბედნიერებასთან ახლოს” (Close to Happiness) with the following caption: “When the church was on fire, ants carried the icon of Christ out and saved it from burning down. Share this wonderful scene.” As of September 21, the video has over 10,000 shares.

On September 19, Facebook user “ქე თი” shared an identical video in the group “ქრისტიანი” (Christian). The video had the same caption as the post published by the page Close to Happiness, claiming that the ants saved the icon of Christ from burning down, and it has more than 3.500 shares.

Later the same day, the video published by Facebook user “ქე თი” was shared in the group “საინფორმაციო სივრცე” (Information Space). On September 20-21, Facebook profiles სისინა მარი and მარიამ ლაბაძე shared the same video in the group Christian. According to CrowdTangle, the leading content discovery and social monitoring platform, the video was also shared in three more groups: “❤სიყვარული❤და❤სიკეთე❤, “mematiane.ge სოსო მიქელაძე” and “GEORGIANS IN THE UNITED STATES ქართველები შტატებში”.

The post contains a video fabrication and a fake text, claiming that the ants saved the icon of Christ from burning down. The original video searched on various social media platforms shows that the ants “saved” a cookie, not the icon.

Myth Detector verified the video through InVID video verification tool and it appeared that the original video showing the ants carrying a cookie can be searched on several Twitter accounts with the oldest one shared on February 2, 2020 by Twitter account @IvanChakhov. 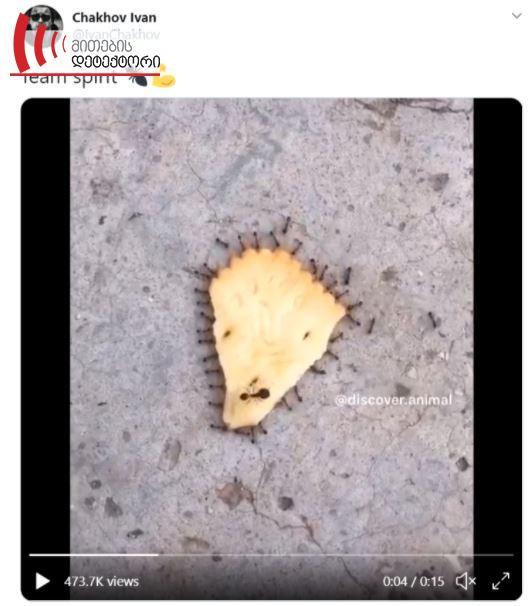 Noteworthy that the material spread by Facebook user “ქე თი” is not the only video fabrication – the fabricated video showing a man sitting on a cookie carried by ants can also be searched on the Internet. 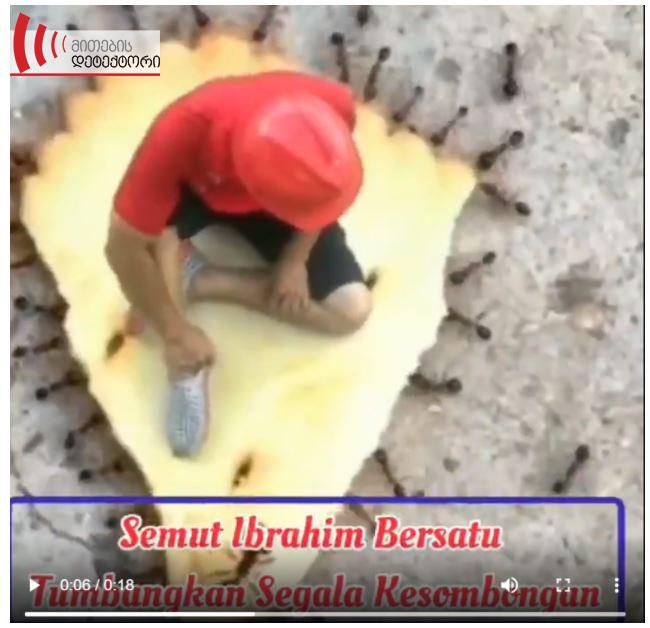 Facebook page Close to Happiness was created on December 21, 2011 and it is run by three admins. As of September 21, the page has 169,710 likes and 173,157 followers. The page has the following description: “All things come to those who wait.” 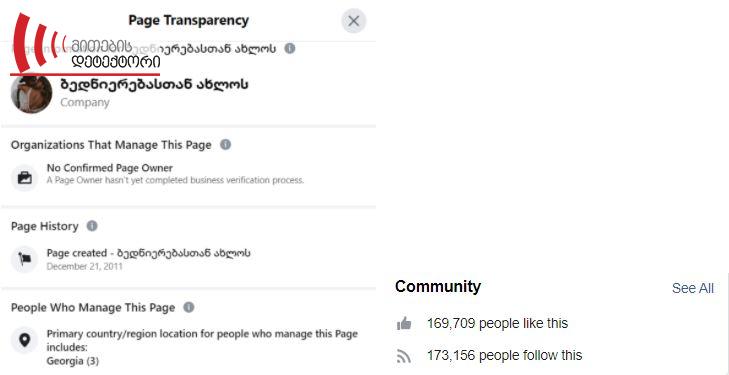 Facebook page Hope of Georgia was created on June 30, 2015. Initially, the page was registered using the name “Sacristans of Gori and Ateni Eparchy.” In 2015-2017, it changed its name several times and finally, on March 1, 2018, it became “Hope of Georgia.” As of September 21, the page has 236,092 likes and 262,005 followers. The page has the following description: “A religious-charitable page created with the blessings of Father Ioseb.” The Facebook page indicates its email [email protected] and website www.saqartvelosimedi.com. 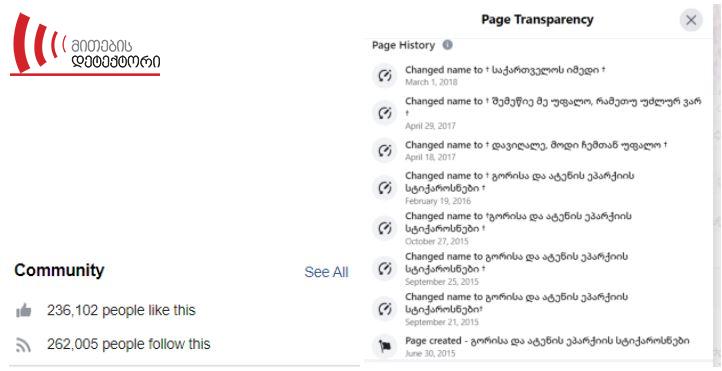 Personal information of this Facebook page is not available as the profile is closed and it is difficult to clarify whether the account is authentic or fake. “ქე თი” is an admin of the group Christian, where the video with ants was shared.

სისინა მარი, who shared the ants video in the Facebook group “Christian” is a fake Facebook profile stealing the identities of other persons. Various persons, including Instagram model Krista Keehus can be searched with the photos uploaded on the profile. 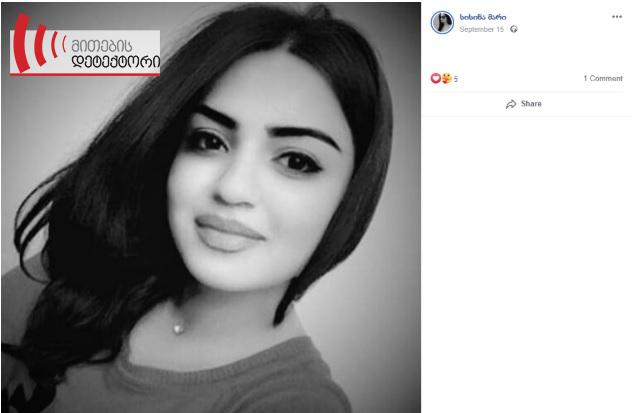