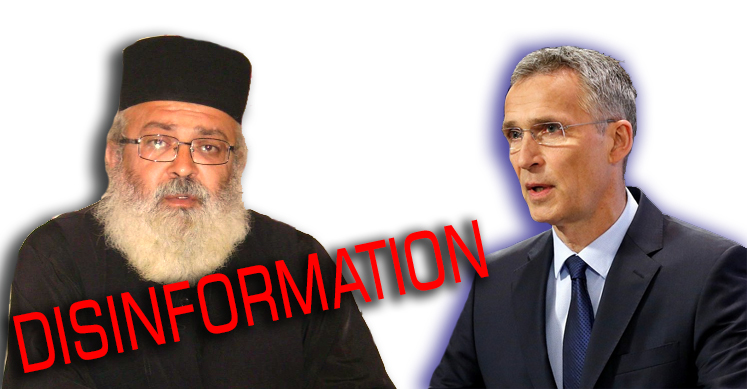 On October 24, 2019, Marshalpress published deacon Davit Kvlividze’s preaching video. Kvlividze notes in preaching as if NATO’s Secretary-General Jens Stoltenberg has required the legalization of “homosexuality” as a precondition for Georgia to join the alliance.

Davit Kvlividze: “Stoltenberg, who was their NATO’s chief, NATO’s, what’s-his-name, General Headquarters’ Secretary-General, came out and clearly has stated, that NATO is not only a military union, but we should also have a spiritual unity, and he told us straight, we will not let you in, unless homosexuality is legalized in your country”.

Davit Kvlividze’s statement is disinformation. NATO’s Secretary-General has not made such a request to Georgia. There are pre-defined criteria for joining the alliance, for which countries are implementing various reforms.

Stoltenberg’s statement, in which he urges Georgia to legalize “homosexuality” for joining NATO, does not exist. To join the alliance, countries should recognize the North-Atlantic Treaty’s values and meet certain political, economic and military criteria set out by the alliance in 1995. These criteria include a functioning democratic system based on a market economy; fair treatment of minority groups; an obligation to resolve conflicts peacefully; having a wish and capability for military contribution to NATO’s operations, also democratic civil-military relations and institutions.