Conspiracy theories spread by Geworld.ge based on Russian sources concerning the “The Overton Window” 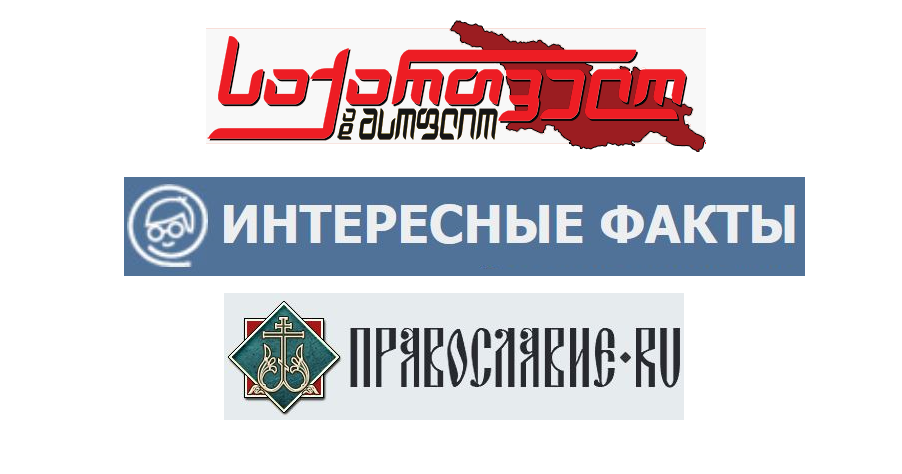 On September 27, 2017, the online edition “Saqartvelo da Msoflio” (Georgia and the World) published an  article entitled  “How Homosexuality is dispersed throughout Georgia, and what technics are used to bestialize our citizens.” The publication examines the so-called ‘Overtone Window’ theory following the examples of homosexuality and cannibalism, and has an incline to demonstrate sexual orientation and cannibalism as an evenly unacceptable phenomenons for the public. The material is accompanied with the main photo illustration of a children’s book “Daddy’s Roommate” by the American writer Michael Wilhoite. While discussing the ‘Overtone Window’ theory, the author follows the line of thought of Russian producer Nikita Mikhalkov, which he voiced on his  program “Besogon TV” (Бесогон TV) on the channel Russia 24 (Россия 24).

Geworld.ge: “By the theory of “Overton window”, even in the most orthodox of societies an idea can be initiated that will develop in several stages… At this moment the norms of cohabitation are violated. The farcry from this issue will surely reach schools and kindergartens, which means that the next generation will be left without a chance to survival… ‘Bearded Women’, who are exposed to elastic stockings and laced pantyhose, have completely conquered the media space. In many developed countries, homosexuality is not only considered normal but as a privilege. It is possible to become the winner of a popular world competition just because your face was in perfect conformity with one of the “windows” of the Overton, and not because you’re talented … In this case, “Overton Window” is at a decisive stage. Instead of cannibalism and bestliness, they start using the politically correct terminology – anthropophagus and antropophylliac… even the act of pederasty is legalized. They requested that they be denominated only as gay and so it was, which wa followed by the membership of the LGBT community.”

In the Georgian online space, the “Overton window” conspiracies have been previously reviewed. This theory was examined with the same examples of homosexuality and cannibalism in an article dated March 2, 2016 by “Saqartvelo da Msoflio” (Georgia and the World) entitled “Overton Window” – the technologies to change the morals of society, also on the web portal zneoba.ge, which mainly focuses on religious issues. On the website qadageba.ge the same issue is pondered upon in a sermon by the Orthodox clergyman Davit Isakadze. The “Overton Window” theory has nothing in common with the introduction of cannibalism, homosexuality and pedophilia in societies and is a conspiracy theory copied direcly from Russian sources. Geworld.ge bases itself on these Russian sources and most of its article is a replicative translation from an article by Russian online edition “Interesting Facts”(Интересные Факты), which is not indicated by the author of Geworld.ge’s publication.

What is “Overton Window” theory?

The concept of the “Overton window” was developed by the former Vice President of Mackinac Center for Public Policy, Joseph Overtone in the 1990s. The current president of the Center Joseph Lehman explains that for Overton, any are of public policy is situated along a vertcal scale denominated by “more free”, “less free”, which can otherwise be presented as “less interference” and “more interference.” Following Overton’s thought, we see that in certain fields of public policy, such as education,only a small amount of policy decision will be politically acceptable. The “Window” of politically acceptable alternatives is determined not by the choice of a politician, but by selecting the option that can gain him the most support to win the elections.

According to Lehman, politicians rarely change the “Window”, as the public determines which policies are satisfactory, not the politician. Policy alternatives vary depending on how the ideas and attitudes of the society change.

Thus, the conspiracies created by Russian sources surrounding the theory of “Overton Window” is one of the methods of propaganda aimed to sow doubts and fears in public views.

First-hand Sources of the Conspiracy Theory

The author of “Saqartvelo da Msoflio” (Georgia and the World) article does not indicate other sources than Nikita Mikhalkov and notes that the publication was prepared using material published in “foreign media”. However, as a result of the reexamination, it was established that Russian sources disseminate identical information about “Overton Window”.

When searching for information in Russian language about “Overton Window” on Google, we encounter mainly conspiracy theoris, which talk about the American sociologist Joseph Overton developping his namesake theory to implement in conservative-orthodox communities ideas which might be disagreeable to them. Headers mainly use such terms as: “Destruction”, “bestialisation”, “legalisation of sin”, “scouring of dirty ideas”, “distortion”, “implant”, etc. In these materials homosexuality, pedophilia and cannibalism are put on the same level of distasteful offenses. Among the sources is the Russian online edition of Pravoslavie.ru(Православие.ru), which was created by the blessing of Alexei II, Patriarch of Russia, in 2000 and the chief editor of which is the head of the Sretenskiy monastery, Bishop Tikhonia. Illustrations used in the article of Geworld.ge

Geworld.ge The statistics are accompanied by an illustration from the children’s book “Daddy’s Roommate” published in 1991 by American writer Michael Wilhoite. The book is about a young boy whose father lives with his partner. The book was one of the first children’s books about the rights of same sex couples. The use of the illustrations in Georgian context is manipulative because a book with such contents is not published in Georgian. The article also uses the cover of an American journalist and commentator Glenn Beck’s book “Overton Window”. The book’s main character, Noah Gardner, is fond of a woman who believes that an attack against the United States is being planned inside the White House. Gardner is skeptical, but attempts to uncover the conspirators after the attack. It should be noted that the book belongs to the genre of political thriller, the story is fabricated and does not have any connection with real US politics.