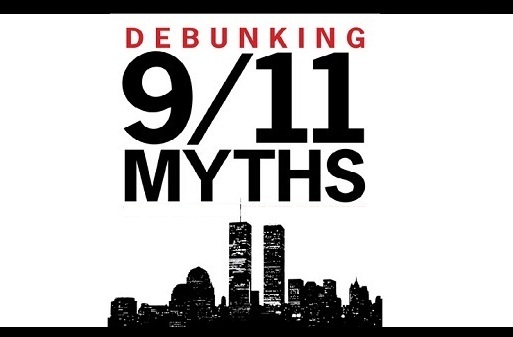 Conspiracy theories about 11 September terrorist attack periodically appear in Georgian Media claiming that it was conducted by the U.S itself. For example, on September 15, 2016 the web-page of the newspaper “Georgia & World published the article named “Sinners punished by the fire” or Babtist version of September 11” which says:

“Video record of collapsing twin towers indicates that the destruction of the building was controlled. Hence, this terrorist attack was conducted by the U.S. Government. This version is shared by Niels Harrit, the professor of the Chemistry Faculty of the University of Copenhagen, also by employees of Brigham Young University – Jeffrey Farrer and Steven Jones. They claim that in the ruins of crumbled buildings the trace of explosives “Thermite” and “Nano-Thermite” were found. These substances are used to demolish the buildings.”

The journalists of “Popular Mechanics” combined 25 conspiracy theories about September 11 attack in the book “Debunking 9/11 Myths“. The book combines concrete evidences and facts in order to illustrate the groundlessness of disseminated myths.

Myth Detector presents 7 most common myths about the series of September 11 terrorist attacks by al-Qaeda in the U.S.

Myth N 1. Air Forces were ordered to stand down

In the 48 contiguous states of Washington, only 14 fighter jets were on alert. Herewith, there was no computer network or alarm system which would warn defense command of missing civilian planes. The system in place assumed that hijackers would make demands, not turn off transponders and destroyers jets. The order to stand down was not made.

Myth N 2. If Empire State Building did not collapse in 1945 by B-25 bomber struck, so the twin towers should not have been demolished

The Empire State Building was made of reinforced-concrete columns and a thick masonry exterior – a density of 38 pounds per cubic foot. The World Trade Center was constructed in a completely different method in 1970 – with the load-bearing core in the center, surrounding by thin exterior shell. The density was 8-9 pounds per cubic foot, which is notably lighter than Empire State Building has.

Myth N 3. The fire emanated from jet fuel was hot high enough to melt the steel

Jet fuel burns at 800 Co (1500oF), steel melts at 2750 Fo. However, the collapse of tower is caused not only by melt steel frames, but also by losing its structural strength. At 1,800 Co, the construction lost 90 % of its strength. The steel trusses had spray-on fire proofing that crumbled from the touch of a hand, and the jet fuel ignited rugs, curtains, furniture and paper inside the building. In real, fire in the enclosed space lasted longer than the jet fuel fire.

Myth N 4. Nano-thermite was found in the towers, proving that the World Trade Center was imploded purposely

Conspiracists suggest that nano-thermite was arranged in the building beforehand. Tons of thermite is required to demolish the World Trade Center tower 2. According to the U.S. National Institute of Standards and Technology, it is almost impossible that anyone could imperceptibly bring dozens of thermite in the building.

Myth N 5. Despite no plane hit the World Trade Center 7, it was collapsed i.e this was preliminary planned

World Trade Center collapsed because of long-burning fires in its interior, which had started after the collapse of Towers. The fire began as small, cubicle fires on 10 different floors, and then burst into flame. A big amount of paper materials in the office building further complicated the situation.

Myth N 6. A missile struck the Pentagon, not a plane

Hundreds of commuters saw how the plane crashed into the Pentagon. At least two people on board the plane phoned family members to tell them the plane had been hijacked. The authors of conspiracy theories claim that the holes in the building were much smaller, than the trace made by a Boeing. However, the jet lost its wings before the crash. Herewith, because of the Pentagon’s reinforced concrete columns, the jet’s exterior crumbled upon impact. Later, the pieces of the plane’s fuselage were found on the Pentagon lawn.

Passenger Flight 93 was hijacked by terrorists and crashed on the territory of Pennsylvania. Conspiracists claim that the flight was crashed on purpose. According to materials of the Black Box recorder, passengers attacked the hijackers. The recordings show that the hijacker-pilot started staggering the plan, so passengers could not maintain equilibrium. As the passengers were too close to the cockpit, hijackers decided to crash the plane.