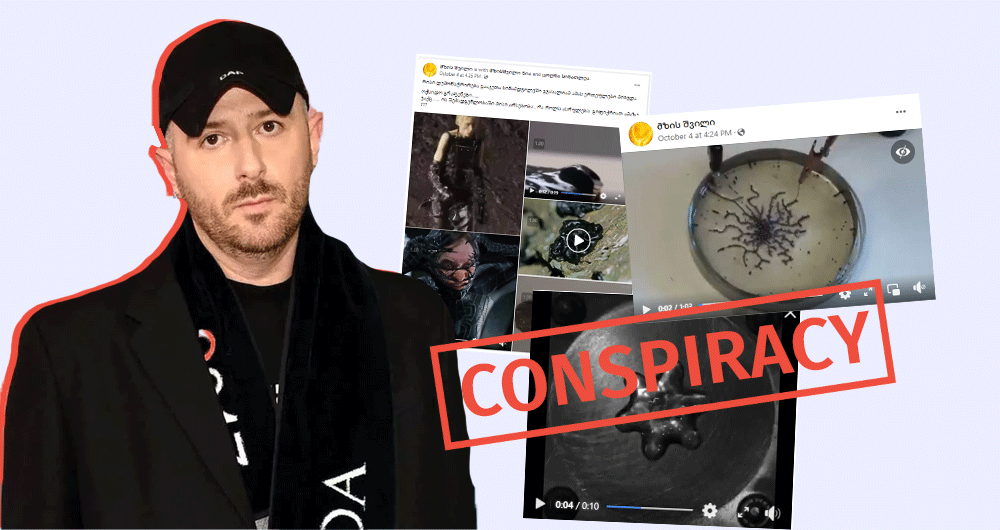 On October 4th, 2022, a Georgian-language Facebook account published several photos and videos, including a shot of Balenciaga’s show from the Paris Fashion Week. The post’s author claims that the brand’s creative director, Demna Gvasalia, displayed the “Graphene Oxides” that are part of the vaccines.

In addition to a photo from the Balenciaga show, the post is accompanied by videos of black substances in motion to illustrate Graphene oxide.

The claim that Demna Gvasalia displayed Graphene Oxide during Balenciaga’s “mud show” is a conspiracy theory. In fact, the runway held on the tarnished podium metaphorically embodies the war in Ukraine, specifically the mass grave discovered in Izium.

The other videos in the post aren’t related to graphene oxide either; two of them show small science experiments that have nothing to do with the substance. It should be noted that graphene oxide is not included in any form in anti-coronavirus vaccines.

Balenciaga’s spring-summer 2023 show at Paris Fashion Week, which took place on a muddy catwalk, metaphorically has several explanations, but none of them involves Graphene Oxide.

According to Demna Gvasalia, the “Mud Show” is a continuation of the previous Fall-Winter 2022 show, during which the catwalk was covered with snow, and an artificial blizzard swirled around the models and guests. The said show was dedicated to climate change and the war in Ukraine. Considering that snow turns to mud after a while, the main element of Balenciaga’s last show was mud.

According to Vogue, the show, wrapped in blizzard and snow, was held one week after Russia invaded Ukraine. The “mud show” was held two weeks after Ukrainian soldiers discovered mass graves dug by Russian soldiers in Izium. In the center of the space where the show was held, the ground was dug up like a mass grave, and the smell of the earth was in the air, that’s why Vogue considers the ongoing war in Ukraine as one of the metaphors for the “mud show”.

In addition, Demna Gvasalia’s written address mentioned that the show is a metaphor for digging for the truth and being down to earth, and at the end of the letter, Gvasalia calls for love and stands against war. 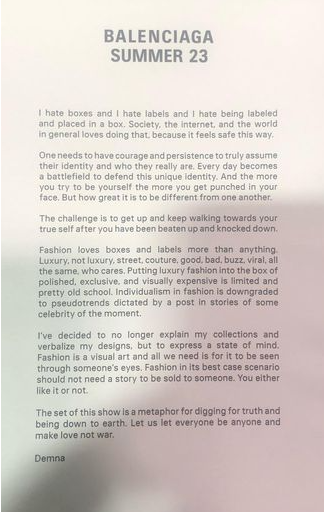 The posts directed against Demna Gvasalia intensified after Tbilisi Mayor Kakha Kaladze awarded him the title of honorary citizen of Tbilisi. Facebook users, including anti-vaxxers, anti-liberals and clerics, posted homophobic and offensive posts against Gvasalia. For instance, the homophobic and anti-Western movement “Georgian Idea” and its affiliate website (zneoba.ge), as well as religious and “Conservative Movement”-affiliated pages, have been actively circulating the statement of deacon Basili Iashaghashvili, who called Gvasalia a “declared homosexual” and questioned the faith for Christianity of the members of the Georgian government for granting Gvasalia the title of honorary citizen of Tbilisi.

In addition, several anti-vaxx and pro-Russian Facebook accounts (1, 2) published a photo of Demna Gvasalia crossed out in red with the inscription “Demna NOT MY Honorable Citizen!” 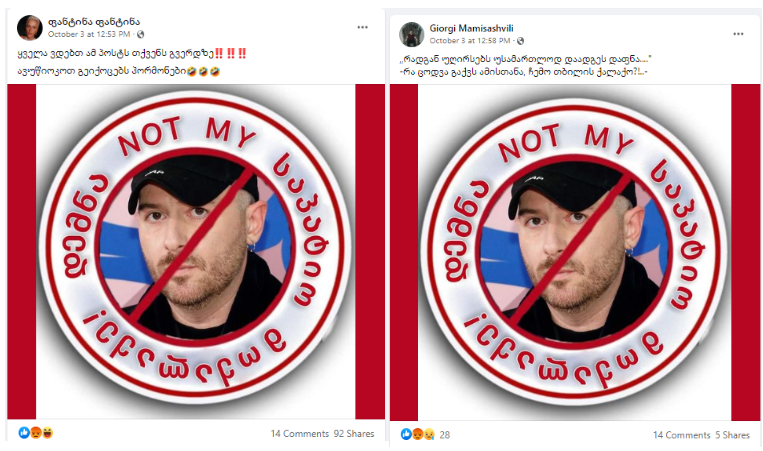 Temo Bokelavadze (1, 2), an anti-vaxxer and an active supporter of those arrested at the violent rally of July 5th, declared disrespect towards Kakha Kaladze and used homophobic slurs towards Gvasalia. 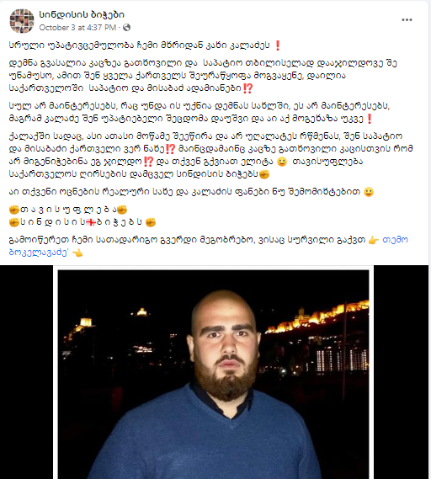 For more on the disinformation disseminated about the creative director of Balenciaga in the past, see “Myth Detector” article:

In addition to the shot from the Balenciaga show, the shared post is accompanied by several other videos. However, they are also falsely connected to graphene oxide and depict different substances and events.

Video N1 – a drop of water on a hot aluminium surface

One of the videos shows the movement of a liquid substance on a black surface. In fact, this “substance” is water, while the phenomenon is called the Leidenfrost effect and has nothing to do with Graphene. In the Leidenfrost effect, when a drop of liquid hits a surface much hotter than its boiling temperature, it does not evaporate for a few seconds and retains its shape. In this particular video, a drop of water oscillates on a hot aluminium surface and takes different shapes.

Another video in the post shows small balls being tied together. This video was shot in 2015 and depicts a science experiment involving the interaction of metal balls and electricity.

During an experiment developed by a physics professor at the University of Illinois, metal balls are placed in a vessel filled with castor oil. A negatively charged metal ring surrounds the vessel, and a positively charged wire connected to a power source is also used in the experiment. When the power wires are energized, the metal balls begin to form chains.

Notably, this particular video was verified by the American fact-checking platform PolitiFact back in October 2021; back then, social media users spread it as a visual demonstration of the processes taking place in human blood after vaccination. 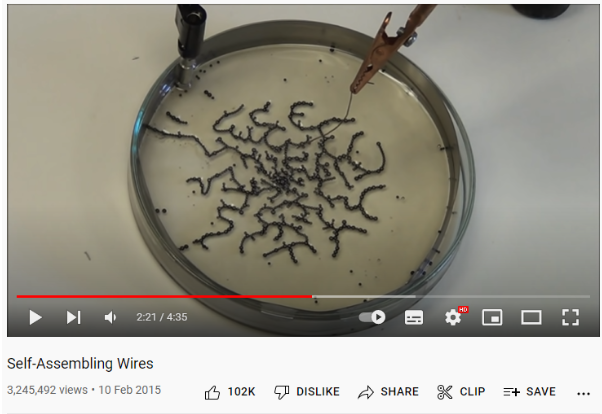 The disinformation that coronavirus vaccines contain Graphene Oxide was spread shortly after the vaccines were released. In fact, the composition of the vaccines is public, and they do not contain Graphene in any form. Graphene oxide, which is obtained by the oxidation of graphite, is mostly used in the field of technology.

Conspiracies and disinformation about various celebrities is often disseminated on social media, as if they have a connection with graphene oxide. See more on this topic: