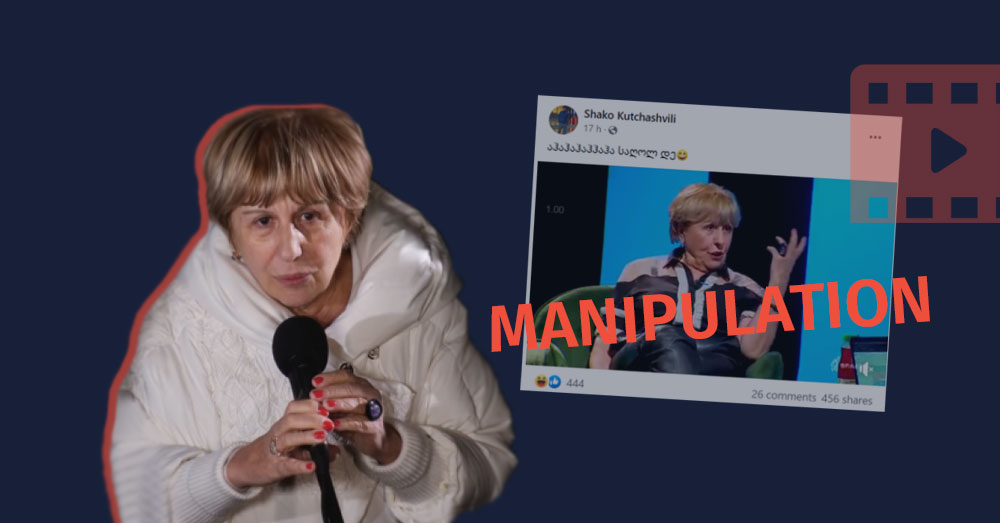 On November 18th, Facebook users Shako Kutchashvili and Shako Chachanidze posted a few seconds-long videos depicting the mother of the third president of Georgia, Professor Giuli Alasania. In the video, Alasania talks about his son, Mikheil Saakashvili, saying she was trying to raise him to be a decent person, but he “grew up like that.” Alasania’s conversation ends at that point. 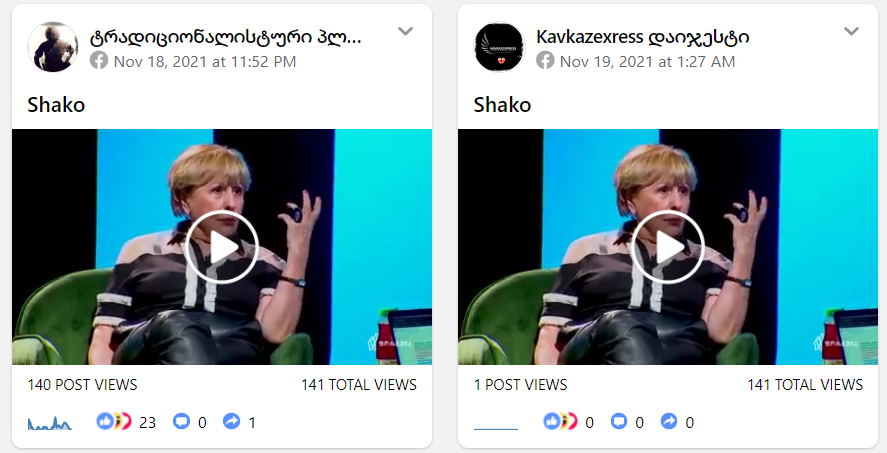 The video published by Facebook accounts is taken out of context, giving the impression that Giuli Alasania implies that Mikheil Saakashvili could not grow up to be a “decent person.” In fact, Alasania answers the question about his son’s leadership qualities and notes that Saakashvili established himself as a leader because he had such a nature.

Tatia Sharangia:  “Even though his mother is a doctor of philosophy, a professor, who has more than 140 scientific publications, I still have this feeling that he was a leader by nature and achieved all this step by step.

Giuli Alasania: Of course, I was trying to raise him as a decent person, but then he grew up like this, he is a leader by nature.

Tatia Sharangia: When did you realize that he was a leader? I think he would have ideas that his peers would unite around, even at a young age. This is what made him interesting.

Giuli Alasania: First and foremost, he was always optimistic and has always managed to find a way out of difficulties. I was always calm in this regard; I always thought that he would think of something, he would figure out something; I always had this feeling, because it was happening that way.

Shako Kutchashvili is a supporter of the “Georgian Dream” and, as he claims, the founder of “Tsinsvla,” the movement against “destructive forces.” The disinformation disseminated by Kutchashvili has been debunked by Myth Detector earlier as well:

Shako Kutchashvili was also involved in the discreditation campaign against Iveri Melashvili and Natalya Ilychova arrested for the Davit-Gareji case, see in details: