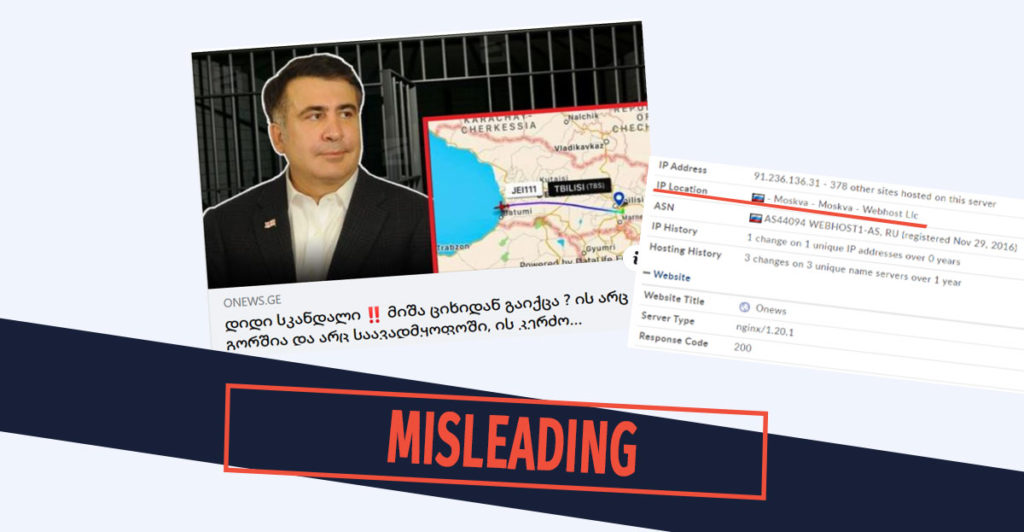 On November 8th, a clickbait website Onews.ge published an article with the headline: “Big scandal! Did Misha Escape from Prison? He is neither in Gori nor in the hospital; he got on a private plane and flew to the West?! ”The material includes the post of Zura Batiashvili, a researcher at the Georgian Foundation for Strategic and International Studies, showing a screenshot of Flightradar depicting the movement of JE111 from Tbilisi to Batumi. According to the author, on the evening of November 8th, in parallel with the disappearance of the third President of Georgia from Rustavi prison, a plane allegedly departed from Tbilisi in the direction of the West. Batiashvili doubted whether Saakashvili had ousted Georgia in this way, although he stated that he did not claim anything. 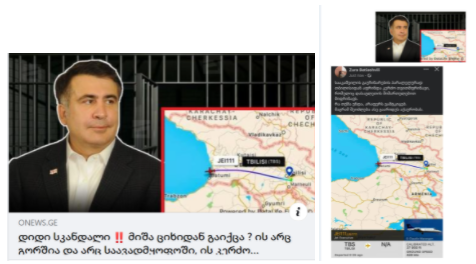 The headline used by Onews.ge about Saakashvili escaping from prison and exiling to the West on a private plane is misleading. The material is entirely based on the post of Zura Batiashvili, which contained only speculation and did not intend to prove anything. After Saakashvili’s actual whereabouts were made public, Batiashvili deleted the post; however, the information on the clickbait website was not corrected.

By the end of November 8th, Mikheil Saakashvili’s mother, Giuli Alasania, suspected that Saakashvili had been removed from Rustavi’s 12th penitentiary. The very first news article about this announcement was first covered on the media on 18:11. For more than half an hour, information about Saakashvili’s whereabouts was unknown. At 18:57, the Facebook page of the Special Penitentiary Service issued a Facebook post,stating that Saakashvili had been transferred to the 12th Convicts’ Hospital of Gldani. 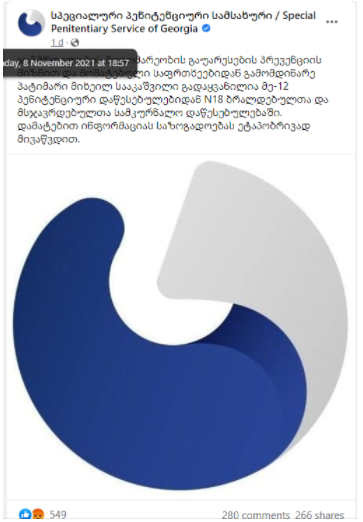 Shortly after the release of the above-mentioned statement, Zura Batiashvili deleted his Facebook post. Noteworthy, the post used by onews.ge was published a few minutes before the announcement of the Special Penitentiary Service. In addition, the material of onews.ge shows that the date of publication of Batiashvili’s post is ‘just now,’ meaning that it was screenshotted right after the publication.  Not to mention, Batiashvili stressed in the post that this was only his assumption. 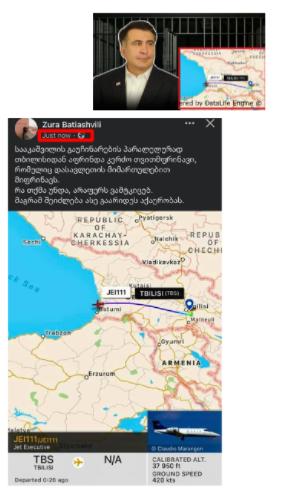 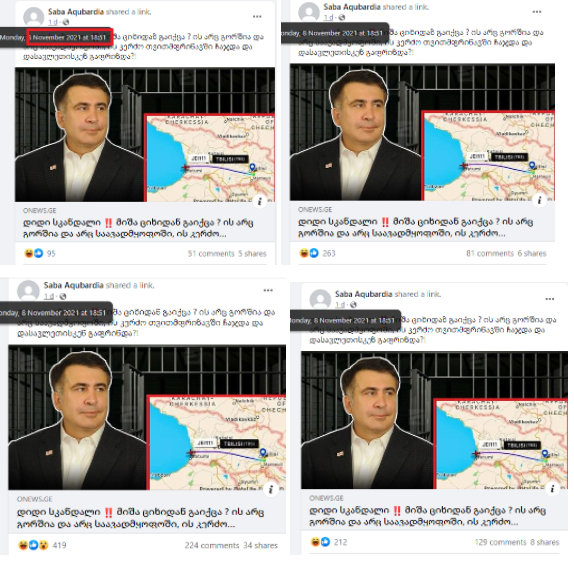 After checking the domain of Onews.ge, Myth detector found out that the IP address of the website is registered in Moscow, Russia. The website has been operating under this name since July 2021. 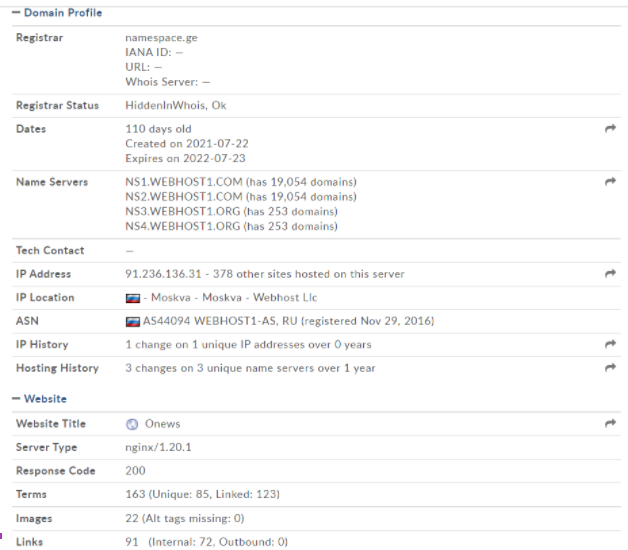 At the end of the published material about Saakashvili’s disappearance, one can see the information about cryptocurrency Bitcoin. The same text can be found at the end of other materials posted on the website, which creates the impression that the site is clickbait and is only driven by financial gain. 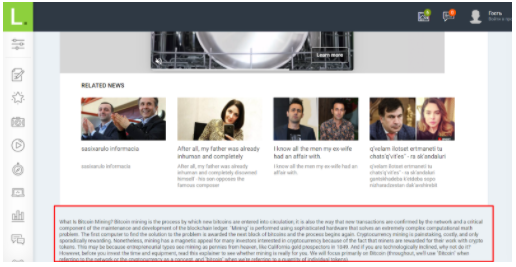 The website does not have an “about us” section, while all the materials are being published using controversial headlines.

The article by Onews.ge was disseminated into public groups by the user Saba Aqubardia, which actively shares other materials by Onews.ge.

The profile does not include any information that could identify the person behind it.