Claims about the Alleged Murder of Natalia Vovk are Without Evidence 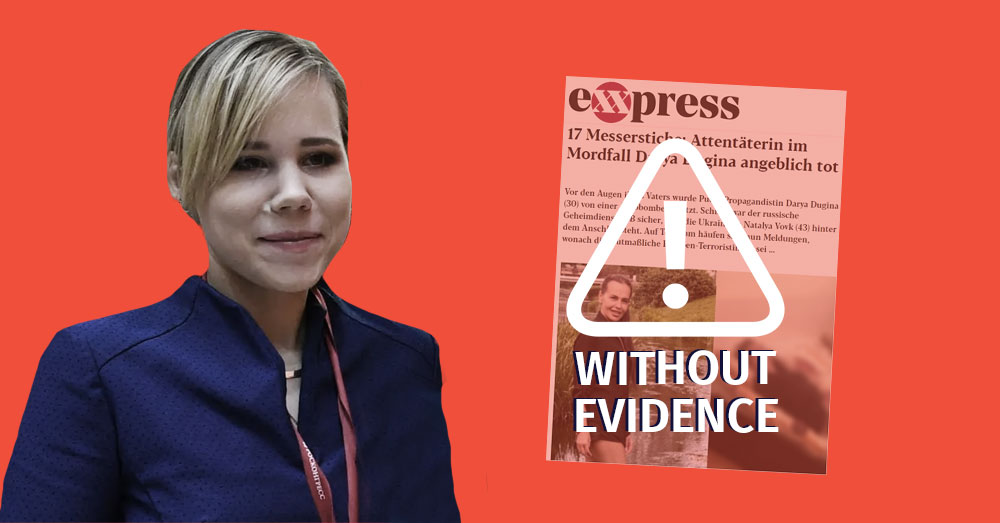 On August 28th, 2022, Georgian-language online platforms published information about the murder of Natalia Vovk, the suspect in the murder of Alexander Dugin’s daughter, Daria Dugina (1,2,3). According to the articles, Vovk was found dead in the rented apartment; she received 17 wounds and was holding a letter.

Identical information was initially published by the Austrian outlet Express. The article included an alleged photo of the murder scene. The Austrian publication itself cites Russian-language Telegram channels as its source. 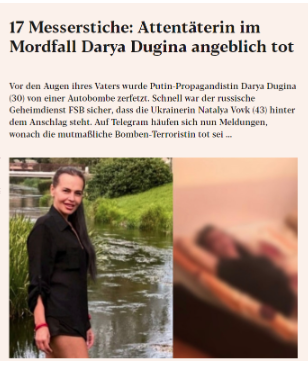 Information about the murder of Natalia Vovk cannot be found in credible official sources. Express and the above-mentioned Georgian-language platforms name Russian-language Telegram channels as the source of information, but no specific source can be found in the articles.

As for the photo allegedly depicting the crime scene, it in fact, depicts a 26-year-old girl murdered in Moscow in 2020, who was found dead a few days before her wedding. The main suspect in the murder was her fiance, who was sentenced to 14 years in prison. 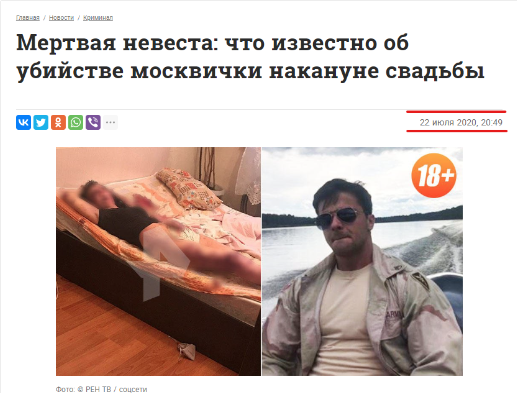 Screenshot: Photo from the 2020 articleNotably, Express published the article about the murder of Vovk at 08:29 on August 28th; however, at 5:44 on August 29th, a new article appeared on its website, noting that their initial statement was not confirmed by official Moscow, and the global search for Vovk is still in progress.

Express itself is an outlet linked to the Austrian People’s Party, which has published unverified information in the past as well. In March 2022, the outlet had to pay 10,000 EUR to a German journalist for defamation. The verdict stated that the publication had violated journalistic standards since the published article completely disregarded the factual data.