Center for Disease Control does not confirm “Obiektivi’s” information 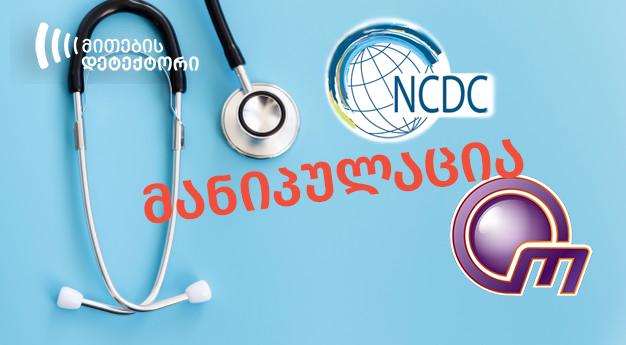 On April 24 a story was aired on TV Obiektivi stating that a few hours after vaccinating with AstraZeneca, a 63-year-old man went into an anaphylactic shock. “Another adverse effect of AstraZeneca vaccine” – this is how journalist Archil Arevadze starts the show.

On the same day during the Night Studio of “Obiektivi”, host Nino Ratishvili was joined by the man’s spouse on live TV. Ratishvili says that a 63-year-old man got vaccinated and got into a comma that night. During the live phone call, his spouse says that “nothing was controlled” despite the fact that information about the man’s health condition was provided by them:

“They knew he was undergoing treatment; they knew that his blood pressure reached 250. They knew this via information provided by us and nothing was controlled, no blood test, for example, no measuring blood pressure, nothing, absolute lack of attention. We went, just had an interview and they vaccinated him”. – she says also noting, that after the vaccination, the patient was observed for 45 minutes, but his condition worsened after coming home, at 3 o’clock at night. “After 6-7 hours passed and the medicine kicked in, it worsened”. – she says.

Information about the 63-year-old man’s health condition was spread manipulatively on TV Obiektivi’, the journalist and host linked worsening condition to the AstraZeneca vaccine without any evidence. As stated by the National Center for Disease Control, the case was not ruled as linked with the vaccine. The program aired the statement of the 63-year-old man’s spouse saying that he did not receive any examination, but it is not clarified that the vaccination protocol does not include prior examination.

To confirm information about the 63-year-old man’s health condition, “Myth Detector” contacted the National Center for Disease Control, where they stated that they were not notified about this fact, since it was not ruled as linked with the vaccine. “The patient often got hospitalized due to chronical illness and the last case was also associated with his diagnosis.” – clarifies the National Center for Disease Control.

As for statement from the the 63-year-old man’s spouse saying that they only got interviewed but not examined before the vaccination, the National Center for Disease Control states that no manufacturing company’s instruction for COVID-19 vaccination includes prior analysis or medical preparation. The Center notes that prior to vaccination, every person consults a doctor and fills out a special questionnaire in order to assess the health condition and the decision of getting a vaccine is made by the doctor after consultation.

This is not the first time “Obiektivi” has spread unfounded information about coronavirus vaccines. For more information, read past articles prepared by “Myth Detector”: