Censorship or Disinformation? Why did YouTube Suspend the Channel of Australian “Sky News?” 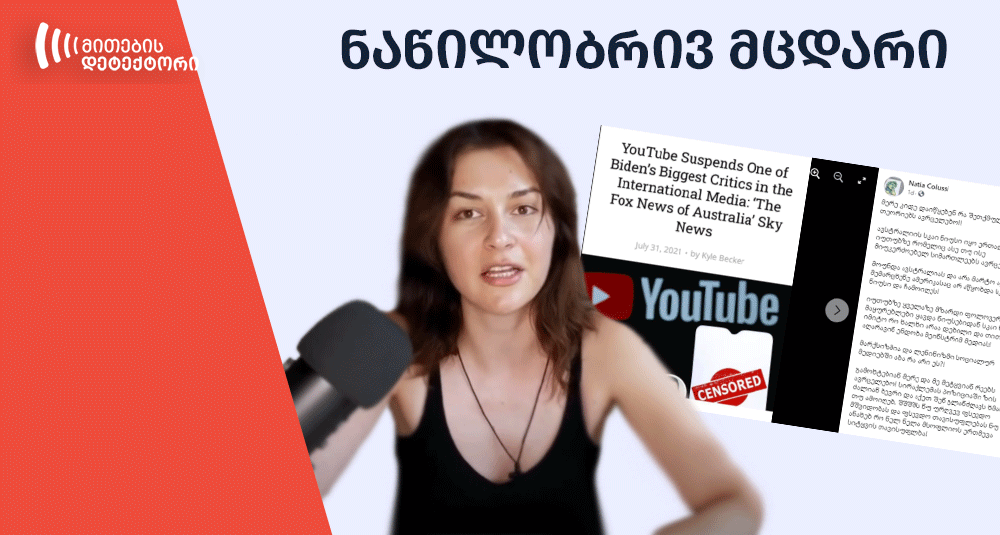 On August 1st, 2021, Blogger Natia Colussi published a post on her personal Facebook account, claiming that American and Australian left-wing powers blocked the official YouTube channel of the Australian “Sky News”. The post is accompanied by a photo with the title: “YouTube suspends one of Biden’s biggest critics in the International Media: ‘The Fox News of Australia’ Sky News.” According to Colussi, “Sky News” represented the channel on the platform, spreading fair and objective information. It had a growing number of viewers, as the public no longer trusts the mainstream media. The blogger claimed that the following case illustrates how freedom of speech is repressed in the name of peacekeeping and how Marxism/Leninism is being established in modern social media.

Natia Colussi, Blogger: “Australian Sky News was the only one on YouTube, who was spreading more or less objective truth! Australia and leftist America wanted so, and they took it down! Sky News had a growing number of followers and viewers on YouTube! This is because people are not stupid, and almost no one trusts mainstream media anymore! This is Marxism/Leninism in social media; what else is it?” 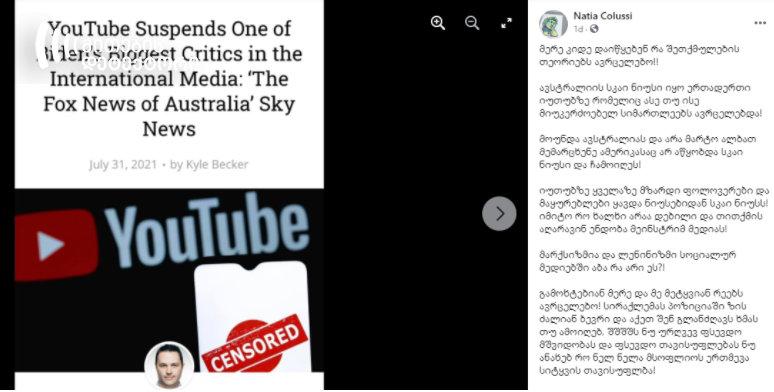 The claim of Colussi, as if the Australian Sky News was restricted due to the non-conventional editorial policy, is partly false. According to the official statement of YouTube, the channel was restricted only for a week and not permanently and was caused by the violation of the community guidelines and the deliberate spread of COVID-19-related disinformation. Apart from spreading biased information regarding the COVID-19 vaccines, the channel also encouraged people to take medications that are not authorized as COVID-19 treatment.

On July 29th, YouTube removed several videos of the Australian “Sky News” and banned the channel from adding videos for one week. It is essential to mention that the old videos that did not violate the community guidelines were not deleted. The official statement of YouTube says the following:

“We have clear and established COVID-19 medical misinformation policies based on local and global health authority guidance to prevent the spread of the COVID-19 misinformation that could cause real-world harm. We apply our policies equally for everyone regardless of uploader, and in accordance with these policies and our long-standing strikes system, removed videos from and issued a strike to Sky News Australia’s channel. Specifically, we don’t allow content that denies the existence of COVID-19 or that encourages people to use Hydroxychloroquine or Ivermectin to treat or prevent the virus. We do allow for videos that have sufficient countervailing context, which the violative videos did not provide.”

“Sky News” was accused of spreading COVID-19-related disinformation even before. The video published by the channel titled: “Australians must know the truth – the virus is not a pandemic” has received much criticism. In the video, the host of Sky News, Alan Jones and the MP Craig Kelly criticize the counter-COVID policies of the Australian government and declare that the “Delta Version” is not as dangerous, while the vaccines are not effective. The channel had to delete the video and issue a public apology; however, the video was seen more than 4.6 million times. 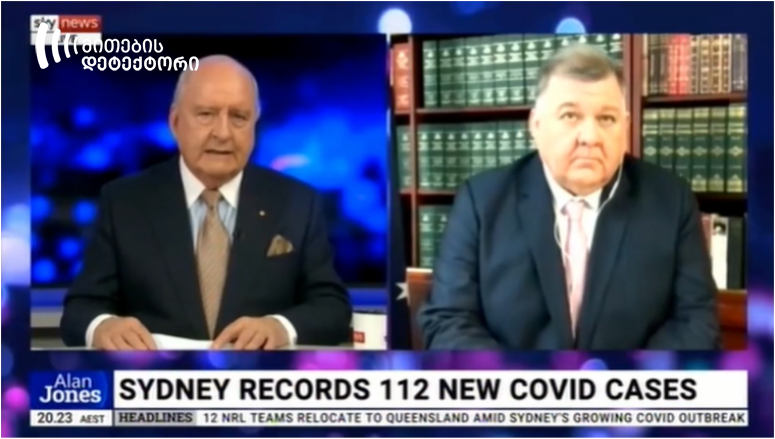 For more information about Natia Colussi and the other disinformation spread by her, see our articles: