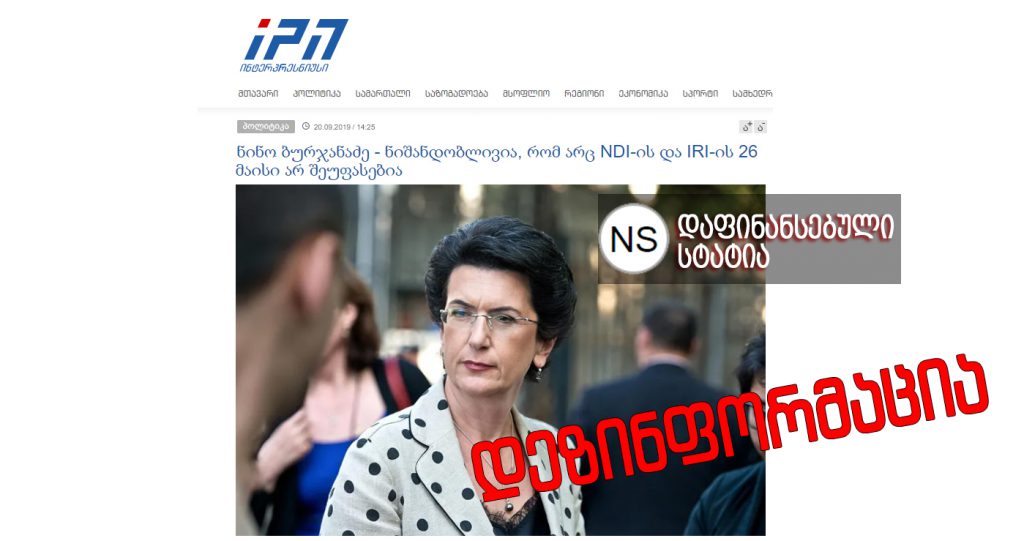 On September 20, news agency Interpressnews (IPN) released a paid article headlined “Nino Burjanadze – It should be noted that neither NDI, nor IRI have assessed May 26.” Nino Burjanadze, leader of the Democratic Movement – United Georgia party, commented on the recent NDI-commissioned public opinion poll, covering, among other issues, the June 20 developments, saying that neither the U.S. National Democratic Institute (NDI), nor the International Republican Institute (IRI) have assessed the issue of dispersal of the May 26, 2011 protest rally.

Nino Burjanadze, Democratic Movement – United Georgia: “I think, it is correct that NDI assessed the June 20 developments, but simultaneously I have a rhetorical question and I know the answer to this question very well – why did not either NDI or IRI assess, in its time, the May 26, 2011 rally and why did not they interview our public regarding the attitudes of our citizens towards then Prime Minister or Interior Minister in connection with the dispersal of the May 26 rally? None of these organizations had even thought about finding out public attitudes through asking them at least one question.”

It is noted at the end of IPN’s report that the material has been provided by the press office of Democratic Movement – United Georgia and it also involves a mark NS, meaning a paid material provided by subscriber (News from Subscriber). 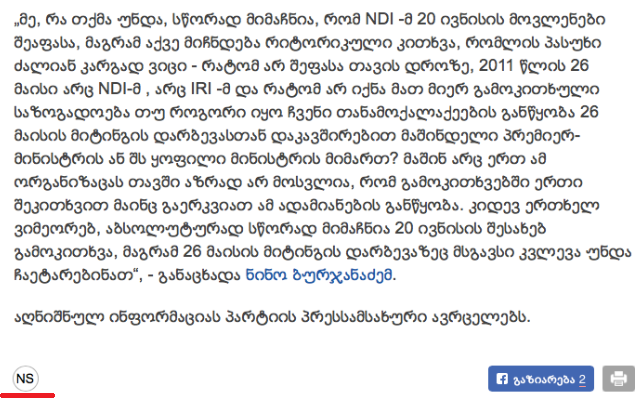 An identical material with an identical headline was spread by online news agency Newposts.ge. 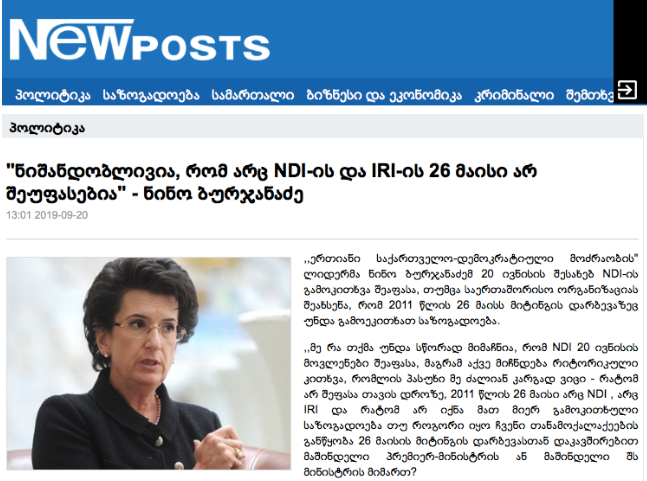 Nino Burjanadze’s statement as if NDI conducted survey only on the June 20 developments and did not show respondents’ attitudes towards the May 26, 2011 rally is disinformation. NDI’s September 2011 survey, among others, also included questions about protest rallies. The purpose of this statement is to promote an opinion that international organizations are using double standards and that they are demonstrating loyalty towards the previous government.

The NDI-commissioned survey conducted by CRRC on September 9-21, 2011, which showed public attitudes towards a broad range of issues, involved 10 questions about the dispersal of the May 26 rally, including: 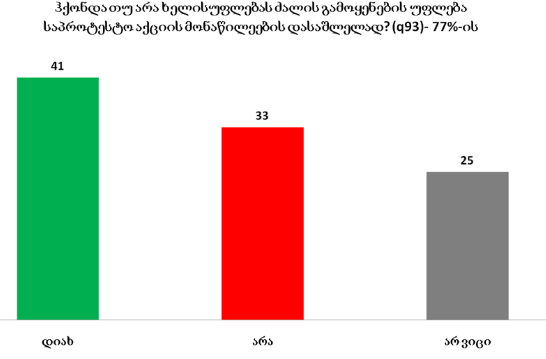 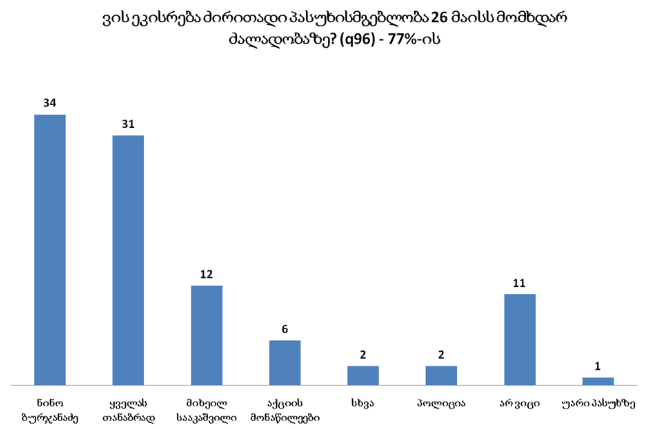 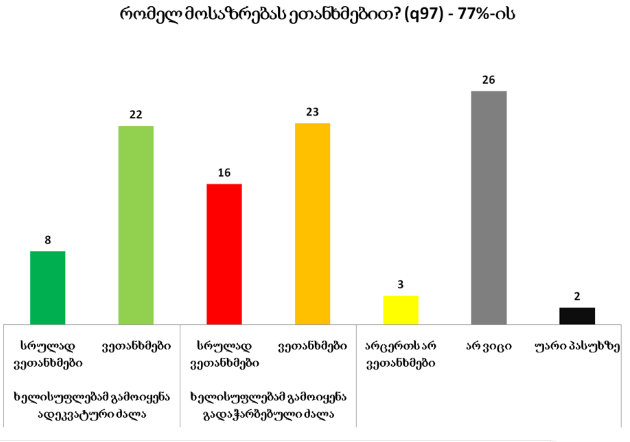 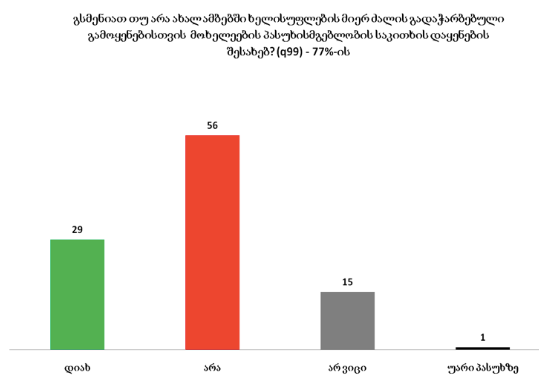 On September 19, 2019, NDI released the results of the July survey, showing public attitudes towards the June 20 protests. According to the public opinion survey, 55% of respondents think that the government is responsible for the violence that occurred on June 20 and 68% suppose that the government used excessive force to disperse the protesters. 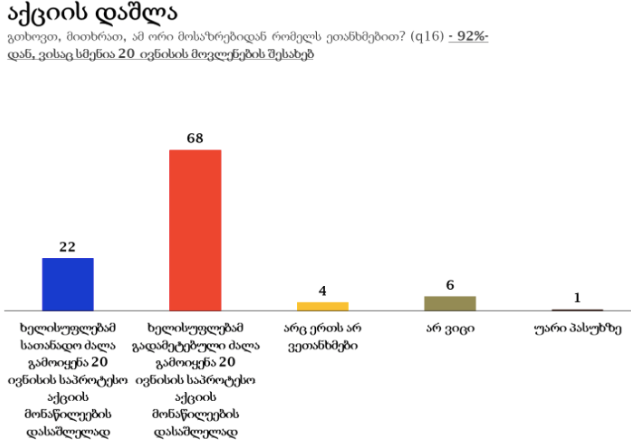