Bidzina Ivanishvili or Andrey Dementyev – Whose Statue does the Image Depict? 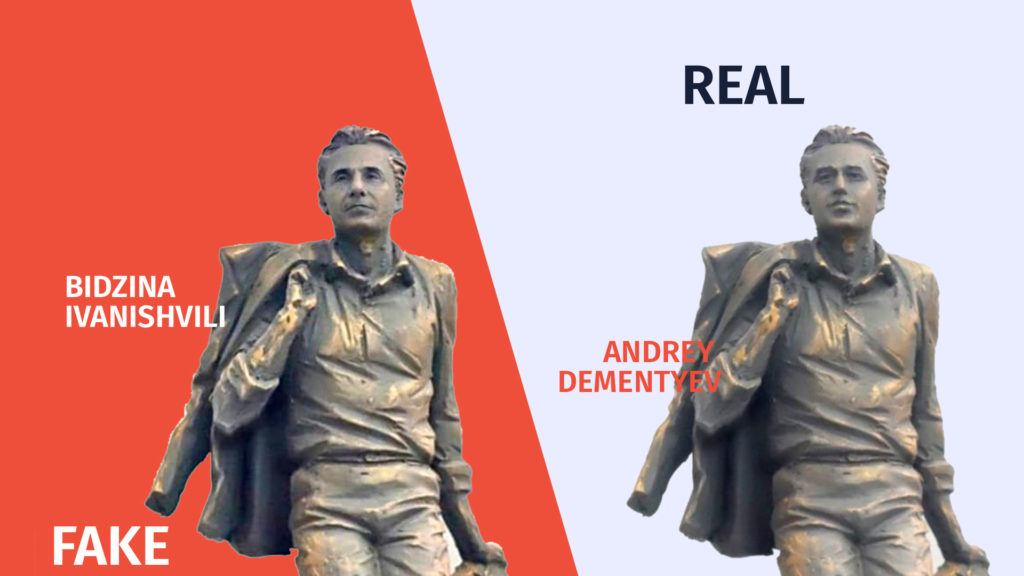 On January 7th, the Facebook page ‘Akhali Dzala’ [New Power] published a post claiming that by the initiative of Prime Minister Garibashvili, a monument of Bidzina Ivanishvili would be erected on Besiki Street in May 2022. The post is accompanied by the image of the monument, which has the face of Bidzina Ivanishvili. 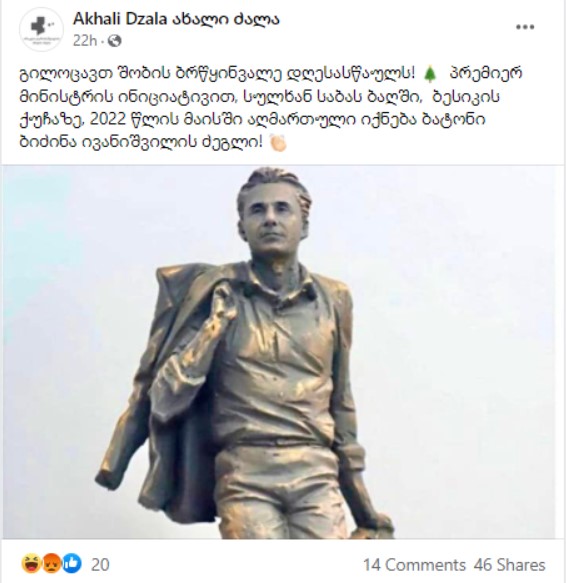 The post published by the Facebook page “Akhali Dzala” is fabricated, and the visual of the monument is altered using Photoshop. No open-source contains a statement of Prime Minister Irakli Garibashvili, where he talks about the erection of a monument of Ivanishvili. The authentic photo of the monument depicts a Russian poet, Andrey Dementyev.

The alleged statement of the current Prime Minister Irakli Garibashvili regarding the opening of Bidzina Ivanishvili’s monument in Sulkhan Saba Orbeliani Garden cannot be found in any open source. Garibashvili’s latest statements were about Christmas, New Year and the birthday of the Catholicos-Patriarch of Georgia, Ilia II.

The photo of the monument published by the Facebook page has been altered digitally, resembling Bidzina Ivanishvili. In fact, the aforementioned monument belongs to the Soviet poet Andrey Dementyev. According to Russian-language outlets tverigrad.ru and ria.ru, on July 16th, 2021, a monument to Dementyev was unveiled in his hometown in Russia.

Dementyev passed away in 2018 at the age of 89. His monument erected in Tver belongs to Andrei Kovalchuk. The 4-meter monument depicts the poet’s youth and overlooks the Volga River. 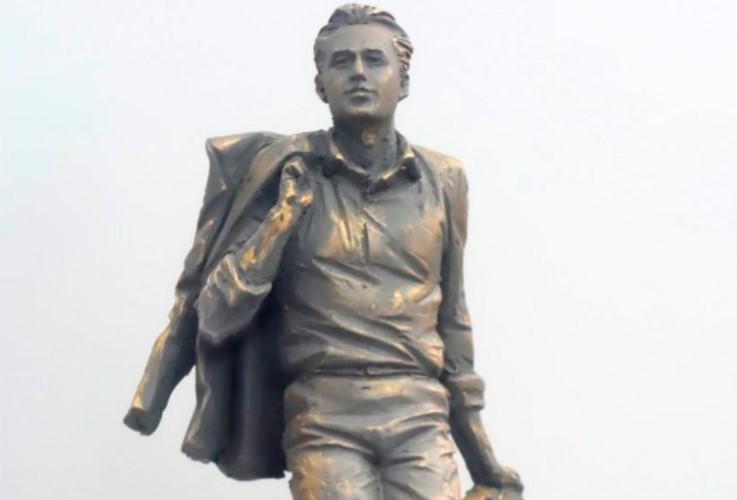 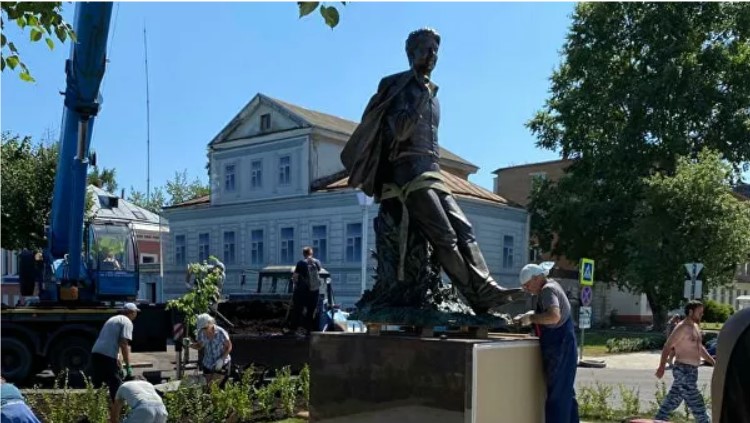 The Facebook page ‘Akhali Dzala’ was created on October 15th, 2019. The visual of the page’s profile indicates – “Irakli Garibashvili’s New Power”, but by analyzing the disseminated content, the page appears to be a false support platform of the Georgian Dream party, sharing political content materials of various media outlets. 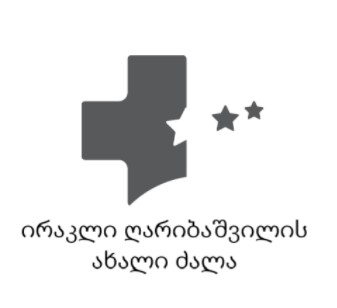