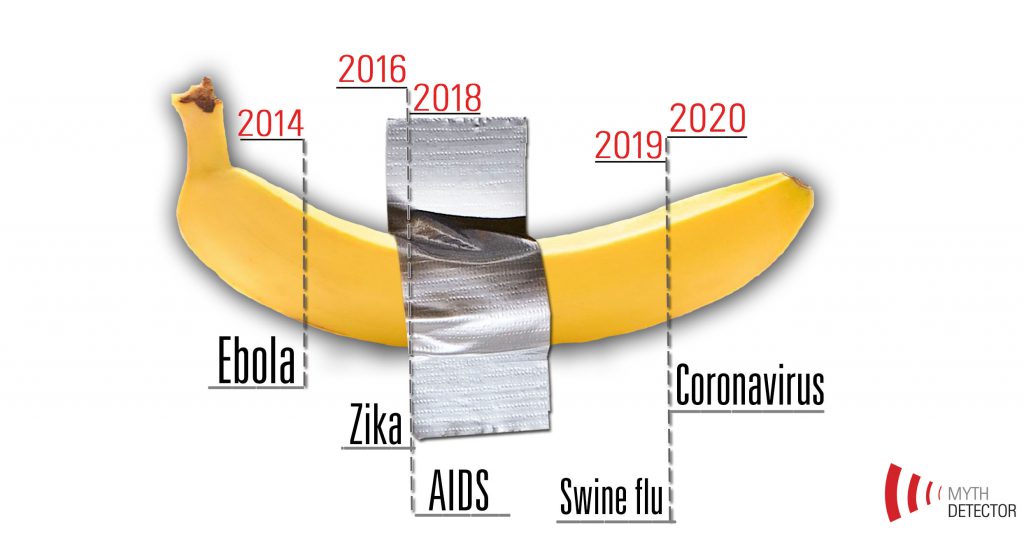 This banana duct-taped to a wall is definitely not the art installation by Maurizio Cattelan which was estimated and sold at USD 120,000 at one of Miami’s art auctions. ‘Myth Detector’s banana ‘timeline’ reflects the conspiracies that were inspired by a banana and banana-caused viruses at different times.

The discovery of the coronavirus and human casualties caused by its spread was followed by a new wave of disinformation and conspiracies in various countries around the world. One of the conspiracies spread in Georgia by Facebook messenger is related to banana. Screenshot, published by Facebook page “Georgia first of all”, reported that coronavirus was spread via bananas in various countries. According to the page, they received similar messages more than 50 times via messenger. 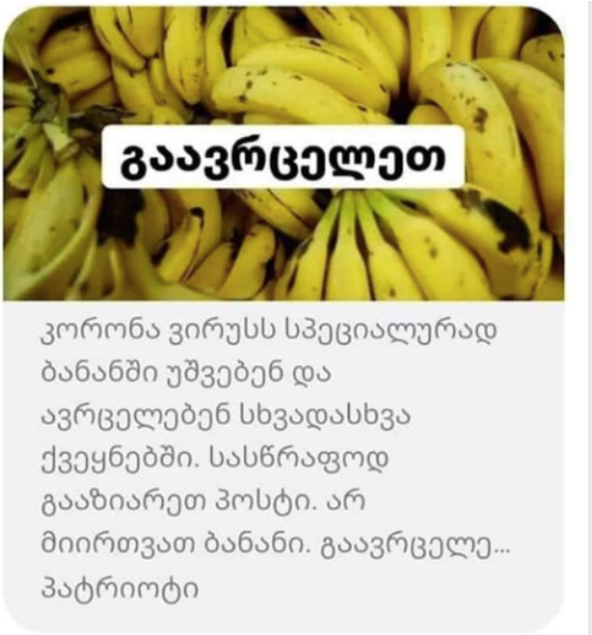 The material of an identical content was spread on Pikabu.ru, a Russian aggregator website, that distributes a user-generated content. According to one of the users, the main TV channel reported a ban on eating bananas in response to a coronavirus. The author of the status encouraged others to disseminate the information through the group chats. 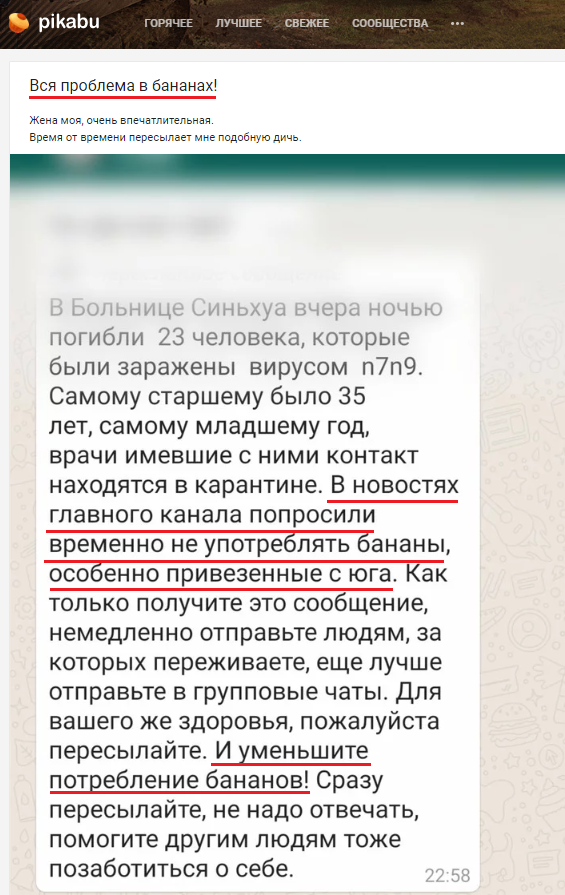 Coronavirus has transmitted from living organisms – animals – and any evidence, as if bananas or other food products transmit it, has not yet been revealed. Moreover, bananas have been a source of various conspiracies for years, and was considered to be a source of spreading the Ebola, then AIDS and swine flu groundlessly and without any scientific justification.

Besides social and traditional media, conspiracies about the viruses disseminated via bananas are spread by click bait or in other words, bait cites, that try to attract readers and make money by sensational headlines and emotional photos and clicks on links. One such site that spread the information about transmitting of AIDS virus through bananas is Dratyti.info, which uses faked CNN screenshot as a source. 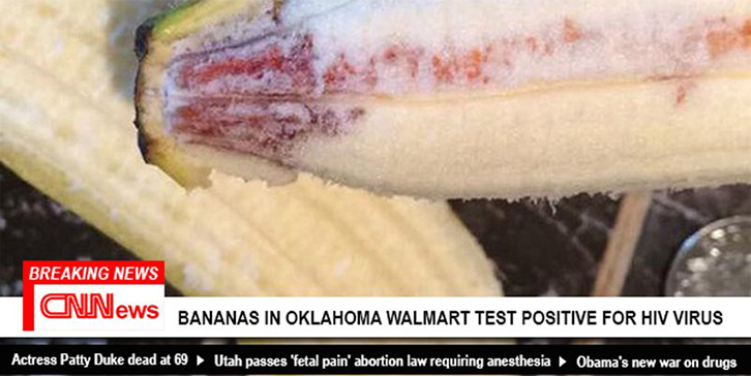 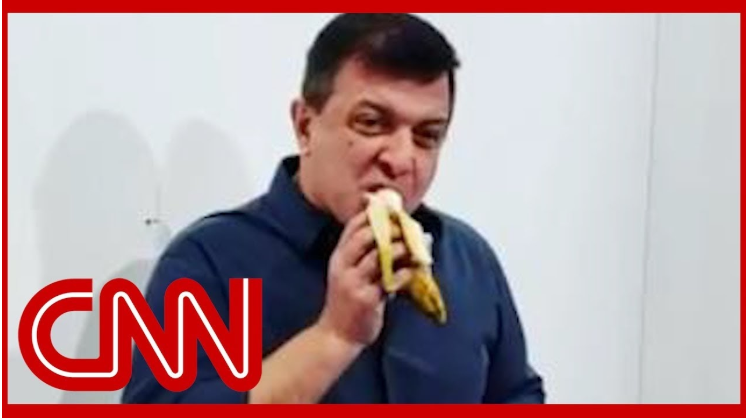 Except from the fact that American TV channel CNN’s logo significantly differs from the fake one, the link pointed as a source leads us to an unclear page instead of CNN. 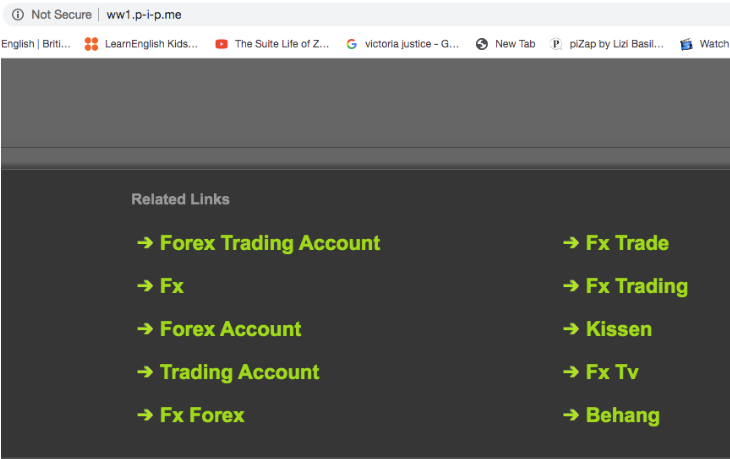