Author of the U.S.-sanctioned USA Really is Involved in Georgian Government-sponsored Program as a Teacher 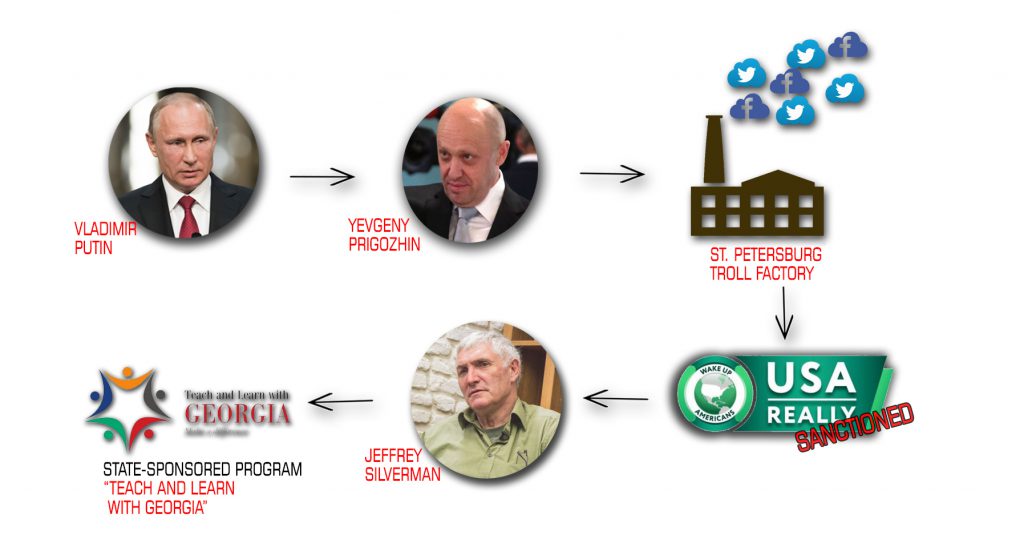 Jeffrey Silverman, author of USA Really sanctioned by the U.S. Department of the Treasury and one of the main sources referred to by Russian state-sponsored media outlets against the Lugar Laboratory, is a volunteer teacher in Teach and Learn with Georgia program implemented by Teacher Professional Development Center. Silverman teaches English at LEPL Public College – Gldani Vocational Education and Training Center. According to the information published on the Center’s website, the college joined the program in 2018 and, along with teaching the English language, Silverman is implementing diverse projects for students. The Teach and Learn with Georgia program is funded from the state budget. 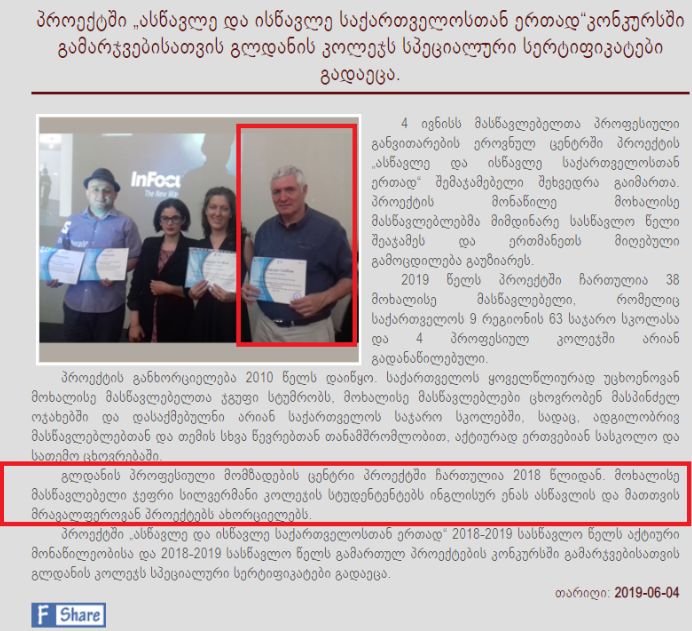 The photos featuring the events with Silverman’s participation are posted on Teach and Learn with Georgia program’s Facebook page. For example, on May 8, 2019, Silverman and his co-teachers held a workshop at the Gldani College and on April 15, 2019, he participated in distance learning organized by the Davit Agmashenebeli Academy. 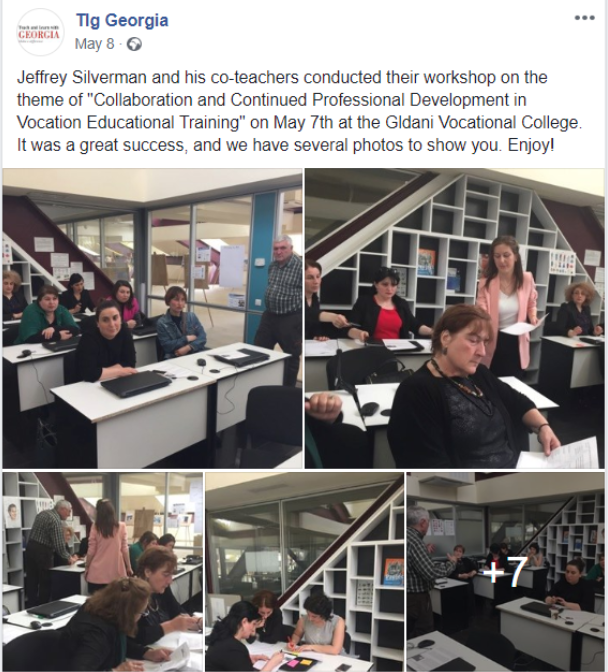 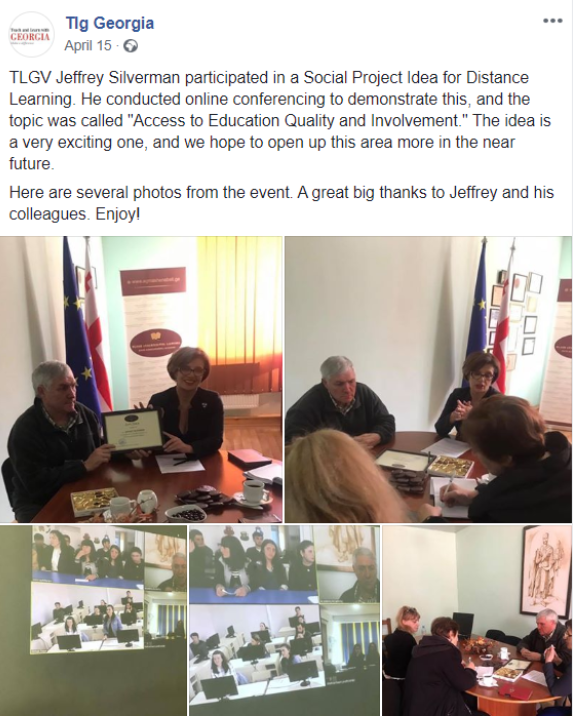 In addition, Nana Jikia is a member of the Society Promoting Tolerance led by film director Tengiz Malania. Among other members of the Society are former Minister of Culture Guram Odisharia, Nikolai Sventitsky, director of the Tbilisi State Russian Drama Theater named after Alexander Griboyedov and others. Nana Jikia spoke about the foundation of the Society Promoting Tolerance and its plans in the interview with Sputnik-Georgia. Nikolai Sventitsky, director of the Griboyedov Theater, simultaneously runs a magazine Russian Club published by the International Cultural and Educational Union “Russian Club”. According to the report “Russian World” in Georgia, released by the Media Development Foundation, the publication is financed by the Russkiy Mir Foundation (Russian World), Cartu Foundation and VTB Bank. Sventitsky also participated in the event organized by Immortal Regiment at Vake Park on May 9, 2018. 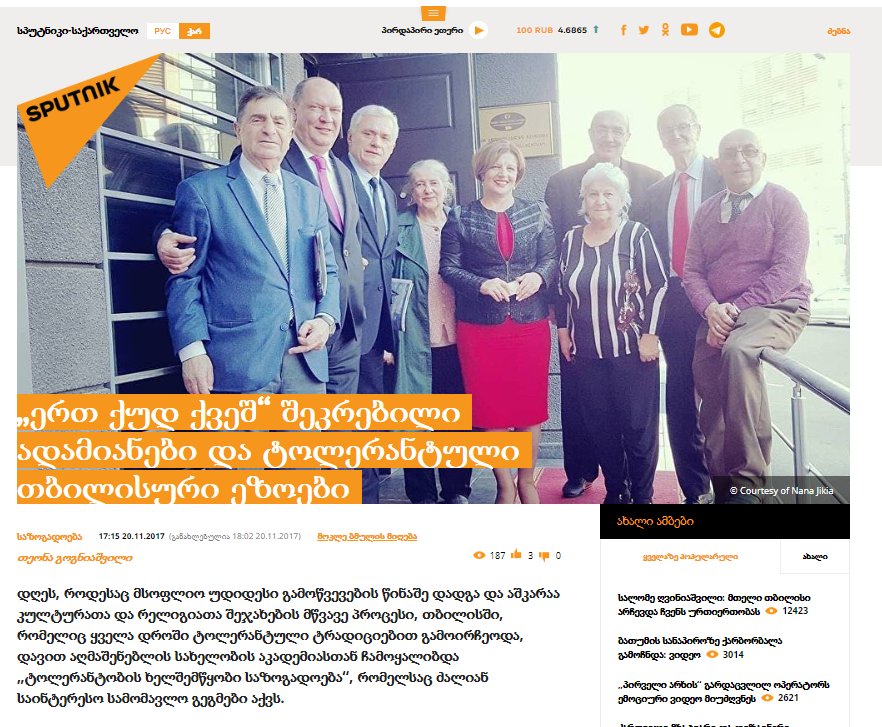 Who is Jeffrey Silverman?

Jeffrey Silverman is the author of USA Really sanctioned by the United States. USA Really was founded by Alexander Malkevich, who was put on sanctions list by the U.S. Department of the Treasury in 2018. According to the U.S. Department of the Treasury, USA Really owns and controls the Internet Research Agency. The latter, in turn, is Putin-affiliated Russian businessman Yevgeny Prigozhin’s organization identified as a St Petersburg “troll factory” which used fake internet accounts and fake news to influence U.S. voters in the 2016 presidential election. In June 2018, USA Really attempted to hold a political rally in the United States. According to the same statement, USA Really is engaged in efforts to post content focused on divisive political issues but is generally ridden with inaccuracies. 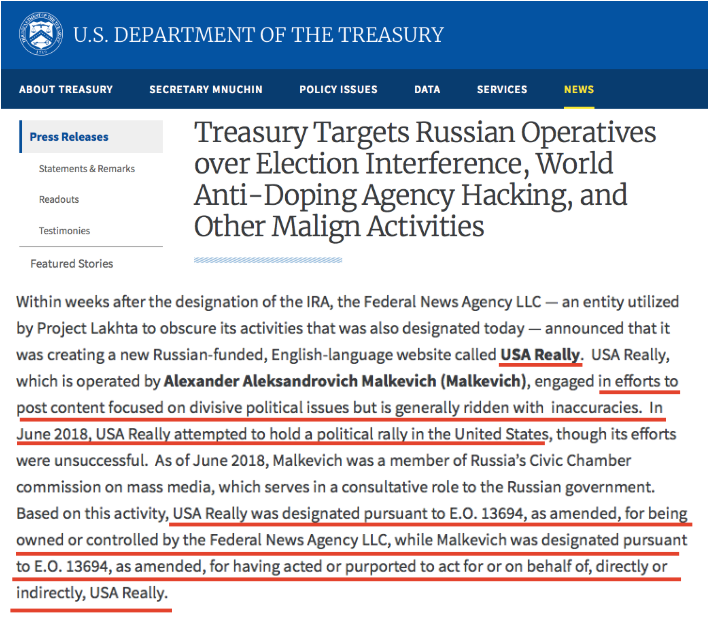 Presently, Alexander Malkevich is the chairman of Russia’s Civic Chamber Commission on Mass Communications. The chamber is financed from the state budget of the Russian Federation. Besides the attempts to interfere in the U.S. elections, Malkevich is also featuring in the Libyan elections. According to the article released by Foreign Policy, in which the editorial board calls Malkevich “part of Moscow’s efforts to create a “concert of chaos” around the globe”, two of Malkevich’s employees had been detained in Libya in May and were accused of seeking to influence elections in the country. The two men were trying to set up a meeting with Saif al-Islam al-Qaddafi, the son of former leader Muammar al-Qaddafi. Saif al-Islam, who is wanted by the International Criminal Court on allegations of crimes against humanity, has reportedly received the backing of Russian President Vladimir Putin’s Middle East envoy, Mikhail Bogdanov. In the interview with Foreign Policy, Malkevich confirmed that the men had met with Qaddafi’s son, saying that they were only conducting research. 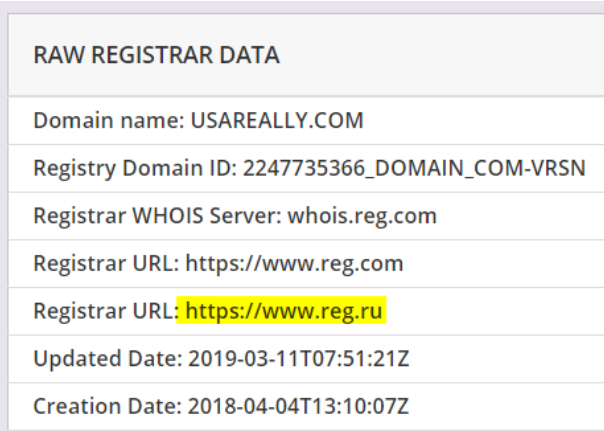 After analyzing USA Really, Scamadviser says that the website is using a computer also used by other websites. Moreover, according to the same source, the email address of the registrant seems to be invalid. 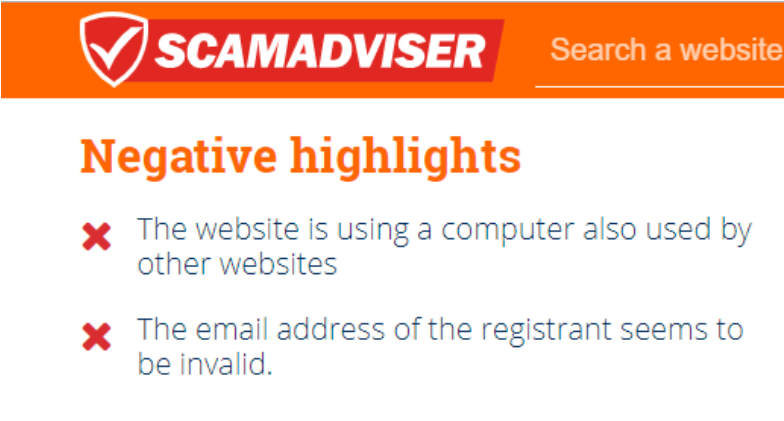 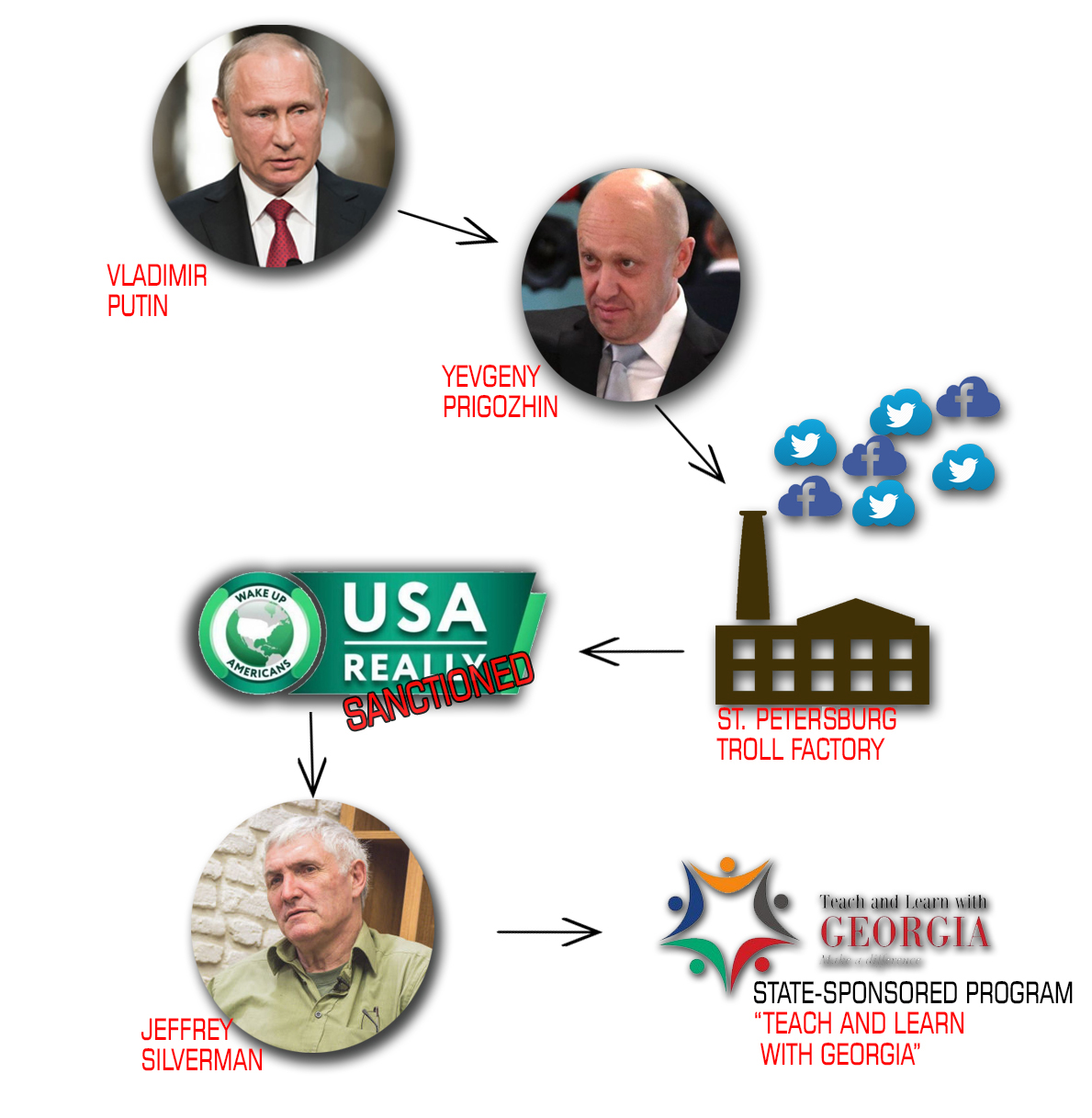 Jeffrey Silverman is one of the sources frequently referred to by Russian pro-governmental media outlets against the Lugar Laboratory. Russia’s Channel One calls him a military expert and Russia 24 refers to him as Georgia-based American journalist, who accused the Lugar Laboratory of testing biological weapon that led to his beating in Tbilisi and later questioning by Georgian intelligence. Besides the topics on the US and the Lugar Lab, Silverman also sows fears by spreading conspiracies on the Kars Treaty, which is one of the narratives of Kremlin propaganda.

In Georgian media, Silverman gives interviews in the name of Veterans Today. In 2013, Veterans Today established cooperation with Russian geopolitical journal New Eastern Outlook (NEO). The journal is released by the Institute of Oriental Studies of the Russian Academy of Sciences. Moreover, the materials of a website South Front are frequently posted on Veterans Today. The website is managed from Russia and it voices the Kremlin’s agenda. In its About Us section, South Front slams CNN and BBC for staging fake news, claiming that “they create a false image of a fictitious enemy, steer public opinion, and engineer the consent of people in different countries by controlling the narrative of events.” “A perfect example of this is what occurred in the Ukraine, when thousands of misinformed people took to the streets, fed with disinformation and empty promises, and destroyed the stable institutions of the nation,” according to South Front.