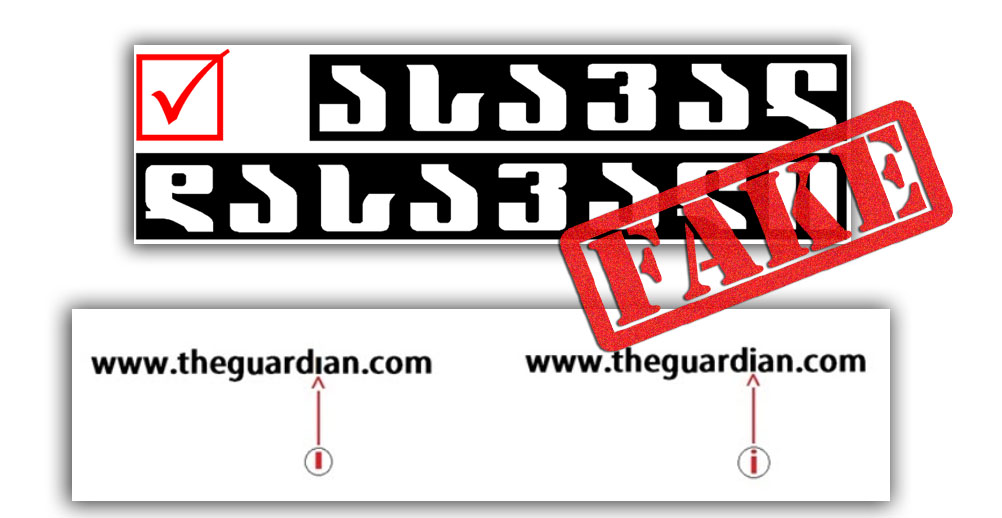 A fake website The Guardian, which was deleted following BBC’s verification in 2017, has been quoted by Georgian tabloid Asaval-Dasavali in 2020. In its January 20-26 issue, Asaval-Dasavali published an interview with journalist Makvala Berianidze. The interview is accompanied by an editorial introduction, according to which Makvala Berianidze has publicized “a scandalous confession” by John Scarlett, former Chief of the Secret Intelligence Service (SIS). Makvala Berianidze herself notes in the interview that John Scarlett spoke with the British newspaper The Guardian about the strategic plan aimed at Russia’s fragmentation.

Makvala Berianidze: “[the text of the interview with John Scarlett]: After we brought Saakashvili to power, we supposed to implement the strategic plan on Russia’s fragmentation at three stages. The first step we took in this direction involved deployment of military and intelligence bases around South Ossetia and involvement of military and security officers. The second stage envisaged bringing of radical Islamists to power in Chechnya, Dagestan, North Ossetia and Circassia… We planned to launch the third stage after stabilization of military companies and other military bases in Ukraine. It was planned to provoke a fake conflict between Russia and Ukraine through joint efforts of the American and British secret services that would have followed by the U.S. and British intervention and establishment of NATO control over the entire Black Sea coast and the North Caucasus.”

Information about John Scarlett’s interview with The Guardian was spread in 2017 and it represents a fabrication. The BBC Russian Service verified identical reports disseminated online in Russia and Ukraine and clarified that the material was disseminated by a fake website, imitating the British Guardian. This time, Asaval-Dasavali spreads a fake interview referring to fake The Guardian.

According to the BBC Russian Service, on August 12, a website www.theguardıan.com posted a fake interview with former SIS Chief John Scarlett. The specially created website was visually identical to the British Guardian’s website with only one difference in its URL, where a letter “ı” was used instead of Latin “i”. 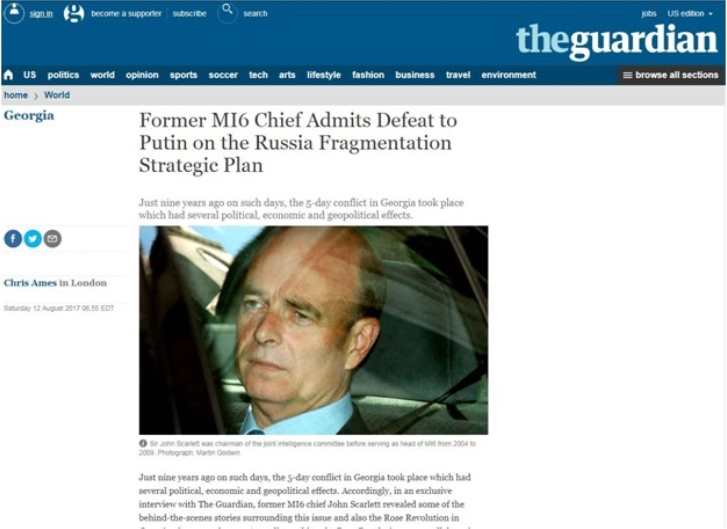 In 2017, the fake interview was spread by Russian Рамблер, the website of TV channel Царьград, REN TV and Russia’s 5th Channel, as well as Georgian-language “Georgia and World” and “Sakinformi.”

See detailed information in the publication released by the Myth Detector in 2017.