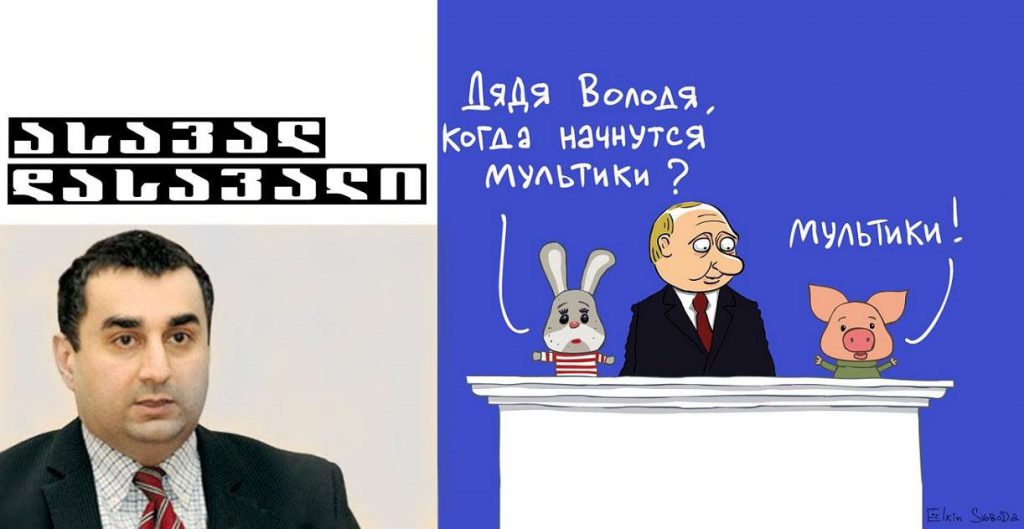 In the March 5-11 issue of Asaval-Dasavali, Nikoloz Mzhavanadze, the Head of the Rights’ Defenders Union NGO and Giorgi Gigauri, a journalist, discussed Vladimir Putin’s annual address, during which he stated that Russia has a new cruise missile, equipped with nuclear warheads and with unlimited range.

According to Nikoloz Mzhavanadze, NATO’s hegemony has been overthrown and that Russia now dictates the flow of worldwide developments. As for the Asaval-Dasavali journalist, he supposed that Russia turned out to be much stronger than expected in Georgia or “even in the almighty United States”.

Vladimir Putin presented animated video clips to demonstrate the most recent achievements of the Russian arms industry at the address to the Federal Assembly on March 1. As Russian-language Republic.ru pointed out, the footage from animations was taken from a documentary titled “Satan” broadcasted on Russia’s state-run Channel One in 2007. According to Newsru.com, The same animation of the Intercontinental Ballistic Missile, Sarmat, was used again in a Channel One broadcast in 2011.

Vladimir Putin’s address and the demonstrational video clips were followed by active discussion and ironic comments from the Russian users of social networks, who expressed attitudes, different from those of the Georgian pro-Kremlin outlets. Part of the users were making fun of the video animations, while the other part was linking Putin’s address to the cocaine found in the Embassy of Russia in Argentina, as well as to social problems.