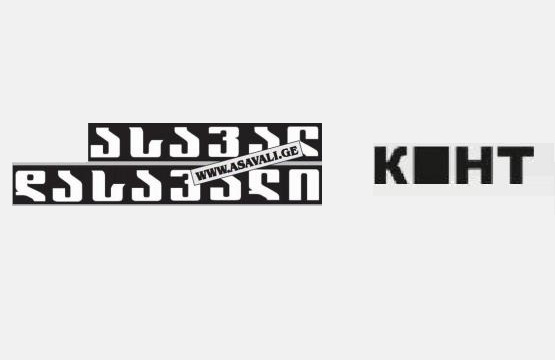 On April 11, Asaval-Dasavali newspaper published an article, according to which during his visit to Lebanon Secretary General Ban Ki-moon made the following statement regarding the Baltic states and Ukraine:

Giorgi Gigauri, journalist:”UN Secretary General was in Lebanon recently and, I don’t know if the unique charm of Beirut overwhelmed him or the wonderful air of the Mediterranean coast, but while discussing the migrant wave in the EU he got so sincere that one could mistake him for an agent of Kremlin: „The situation is very difficult and we can see that such countries as Latvia, Lithuania, Estonia and Ukraine are dying. Sharp decrease of the level of prosperity for these countries’ citizens, alarmingly low support rate of their governments, increase of crime, and of the number of people who want to escape abroad tell us that the course chosen by these states is absolutely wrong and their statehood functions in the regime of self-destruction! People don’t escape the countries where life is good and possibilities of personal success exist. Such negative ballast damages the EU, the citizens of which are very uncomfortable with these permanent beggars, and while it is still possible to talk about some support for the Baltic States which are EU members, Ukraine is absolutely unwanted element in this European background.”

Secretary General Ban Ki-moon visited North African and Middle Eastern countries of Lebanon, Jordan and Tuni during 24-28 March 2016, against the background of increased political, economic and migration problems. According to the Western media, during his visit to Lebanon he spoke about the conflict in Syria and the refugees issue. He thanked the Lebanese government for accepting Syrian refugees. Presidents of Islamic Development Bank and the World Bank visited Beirut together with him.Neither at the UN official website, nor in the Western media can be found any statement in which the Secretary General criticizes the Baltic states and Ukraine. 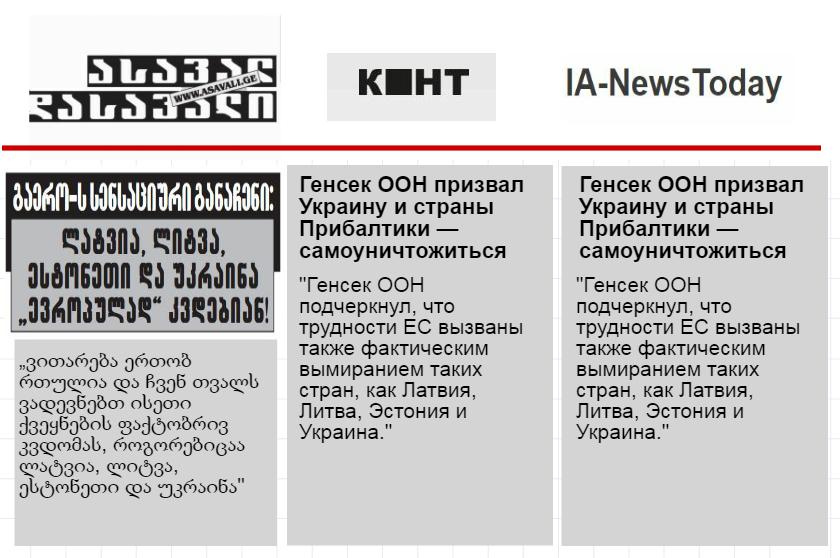 An inquiry showed that the statement referred to by Asaval-Dasavali can be found in the Russian-language media only.This news first appeared in early April on such websites as Ianewstoday.ru and Конт. Neither of them names the source of this information.Asaval-Dasavali and Конт and Ianewstoday.ru present identical version of the Secretary General’s statement (see infographics), while the headline of Ianewstoday.ru is inconsistent even with that text and claims that the Secretary General called on Ukraine and the Baltic states to destroy themselves: “Генсек ООН призвал Украину и страны Прибалтики — самоуничтожиться”. Internal page synopsis of Asaval-Dasavali also presents this same interpretation as a “verdict” from the UN. Specifically: “Sensational verdict by the UN: Latvia, Lithuania, Estonia and Ukraine are dying out “European style”.”

Ianewstoday.ru was registered in 2015, whileКонт.ws is a platform where registered users can place news themselves.It was disinformation fromКонт.ws about EU introducing visa free regime for Russia, which in fact was a 1 April joke, spread by the Georgian-language sources as a real fact.

Another source regarding Ban KI-moon’s visit to Lebanon was news website Dninews.com, established in 2015 in Ukraine, in the city of Donetsk controlled by the pro-Russian militants, and is publishing information in English. The website mostly publishes news about events in Donetsk and Luhansk oblasts and anti-Ukrainian articles.

This is not the first instance when Asaval-Dasavali publishes materials on the basis of the Russian-language sources of suspicious integrity. On March 28, this newspaper published a material on the basis of Russian media sources, claiming that in Britain clothes were made by human skin, which was not verified by any source.