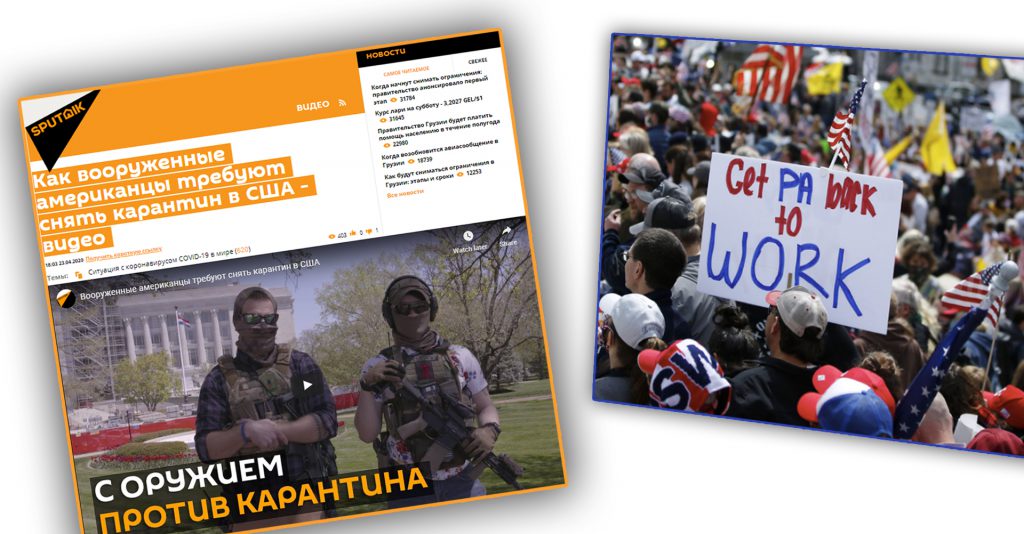 The video shows a manifestation that took place in one of the states where protesters demanded the abolition of isolation rules and the restoration of the country’s economy. Two armed participants of the manifestation make a statement on 0:48 of the video. The video description mentions that some protesters were armed. Nevertheless, the title of the video creates a perception that it was a wide-scale armed manifestation.

The video has also been published on Sputnik’s YouTube channel with a similar title. 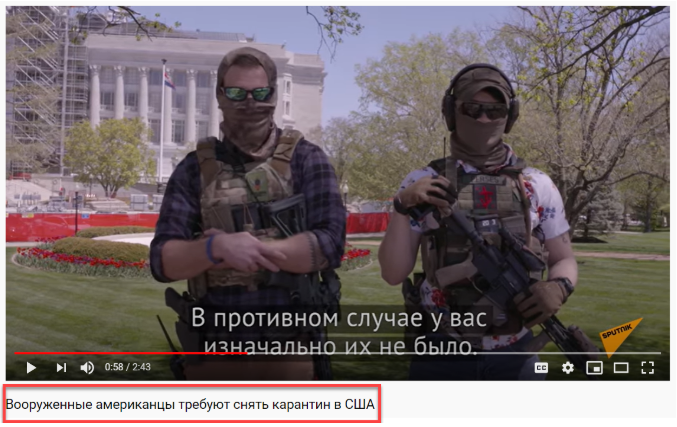 Armed individuals with covered faces appeared on manifestations that took place recently in several states and that demanded the abolition of the quarantine. Although, as a response to the journalist’s question they said that they were independent, a journalistic investigation conducted by the Independent traced the individuals behind the masks. The edition writes that calls to participate in the manifestations can be seen in Facebook groups that are managed by three brothers: Ben, Christophe, and Aaron Dorr. The Dorr brothers are gun rights activists.

Sputnik used a frame showing two armed individuals as a caption instead of an image of all the protesters.