Are Ukrainian Women Not Permitted to Leave the Country As of October 1? 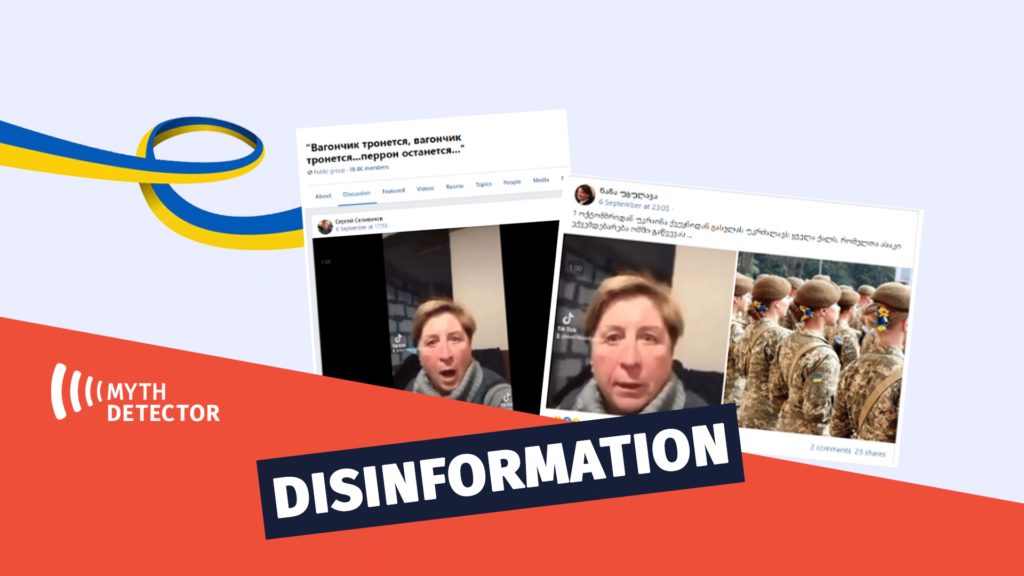 On September 6th, 2022, Georgian-language Facebook users disseminated the information that starting October 1st, women who are old enough to be conscripted to the army will be banned from leaving Ukraine. The post is accompanied by a video in which a woman, presumably living in Ukraine, claims she has packed her bags and is leaving the country because she no longer wants to live in such conditions. An identical video was shared into the Russian-language Facebook groups. 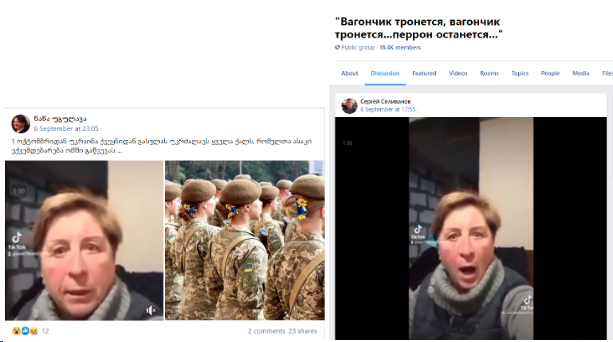 The information disseminated on social media, as if women of suitable age for military service in Ukraine are prohibited from leaving the country as of October 1, is false. The Ministry of Defense submitted to the Verkhovna Rada the initiative “On Military Duty and Military Service” on the voluntary nature of women’s military conscription.

According to the Ministry of Defense of Ukraine, from October 1st, 2022, there will be no ban on travelling abroad or restrictions on crossing the state border for women eligible for military service. At this stage, the amendments to the draft law on the formation of military registration of certain professions and specialities of Ukrainian citizens have been postponed for one year. It should also be noted that military conscription is offered to women on a voluntary basis. The Ministry of Defense signed the order to postpone the women’s military registration due to the fact that the Parliament did not change the mandatory conscription rule with a voluntary one.

On October 11th, 2021, the Ministry of Defense of Ukraine issued order N313, which significantly expanded the list of professions that had to register at the military commissariat. This commitment included women of 35 specializations and hundreds of professions, including managers, art critics, journalists, lawyers, pharmacists, and so on. After the recent changes, 14 specializations remained on the list.

On September 4th, Defense Ministry lawyer Volodymyr Smilka commented that women eligible for military service would have the same restrictions as men, meaning that they would not be able to travel abroad during the state of war. In early 2022, Defense Minister Oleksii Reznikov announced that women would not be liable for military service until they were registered. Thus, restrictions, including travel abroad, would apply only to those who have already passed military registration.

Notably, the law has confused the public, which is why the Deputy Minister of Defense, Hanna Maliar, issued an explanation on September 4th. In a Facebook post, she noted that the Ministry of Defense has developed and sent to the Verkhovna Rada proposals for amendments to the law on military duty and military service. The amendments entail military registration of women in conscription centres on an exclusively voluntary basis.

Maliar also noted that since 2014, not a single woman has been forcibly sent to the front; they fought only on their own will.

Hanna Maliar, Deputy Minister of Defense of Ukraine: “The experience of deploying all military units of the Armed Forces of Ukraine and other military formations to full wartime states suggests that to date, there is no urgent need in the state to significantly increase the number of women in the military. At the same time, there remains a need for medical, radio, food technology specialities and specialists for the Armed Forces. Therefore, if changes to the mentioned law are adopted, the General Staff will make changes to the list of military accounting specialties for women and will reduce the list to optimal need. Once again I remind you – it’s about a voluntary staging for military accounting. I remind you that since 2014 no woman has been forcibly entered the front – only with her consent.”