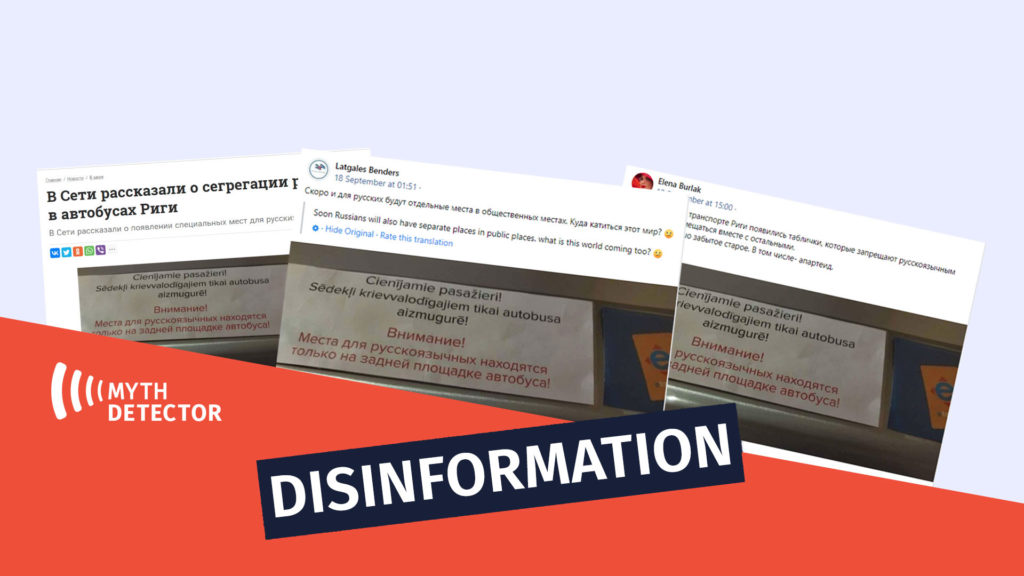 On September 7th, Russian media (1, 2), Facebook page Latgales Benders and Russian-language Facebook accounts (1, 2, 3, 4, 5, 6) published a photo allegedly taken in the public transport of Riga. The photo shows the following announcement indicating that the Russian-speaking passengers should sit in the back of the vehicle: “Dear passengers! Seats for Russian speakers are at the back of the bus!” The disseminated photo creates the impression that Russian-speaking people in Latvia have become victims of discrimination. 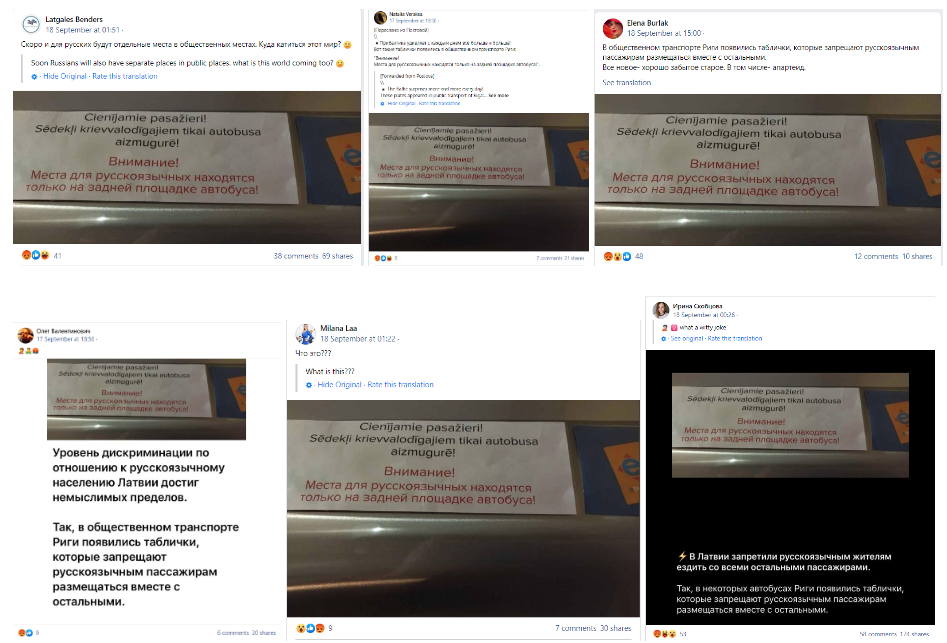 The claim that Russian speakers are not allowed to sit in the front rows of public transport in Riga is false. The Riga transport company Rigas Satiksme denied the information and called the circulated photo a provocation.

The photo of the warning, which states that seats for Russian-speaking persons are available only in the back of the bus, was disseminated on “Twitter” as well. The Riga Transport Company responded to the post published on September 17th, which has been deleted by now and called the information a provocation. 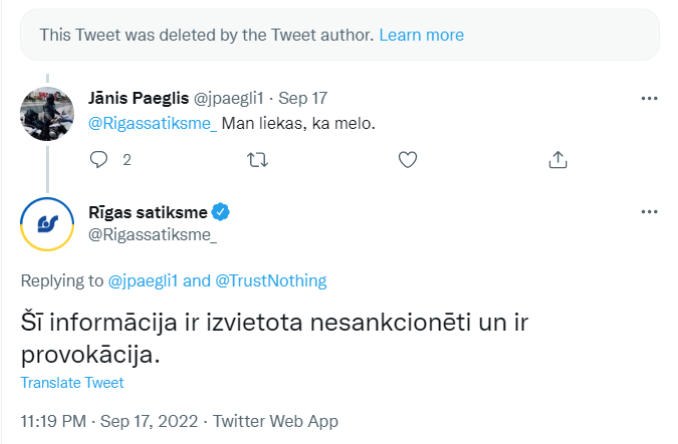 In order to verify the information, the investigative journalism platform Re: Baltica contacted the transport company RIGAS Satiksme. The representative of RIGAS Satiksme, Baiba Bartashevicha-Feldmane, denied the authenticity of the information. According to her, in the evenings, the employees check the interior of the transport, but none of them has come across such a thing.

Notably, public transport in Riga uses digital screens to publish announcements, which must have the “Rīgas Satiksmes” logo attached to them. In addition, the language used in the statement raises the suspicion that the author of the text does not speak Latvian well. For instance, instead of the word “sēdvietas”, the text uses “sēdekļi”, the word “krievvalodīgie” (“Russian speakers”) is usually used more widely, and as Ukrainians, Poles, and Belarusians also use Russian to communicate in Latvia, this statement would be discriminatory for them as well.

Fact-checkers from the Lithuanian outlet Delfi have also contacted Rīgas Satiksme. The company explained to “Delfi” that they did not issue any statements about placing Russian-speaking persons in the back of the vehicle. Also, the company asked people to provide information about which flight and at what time the photo was taken and whether passengers have encountered a similar statement in other forms of transport. However, no one responded to the company.