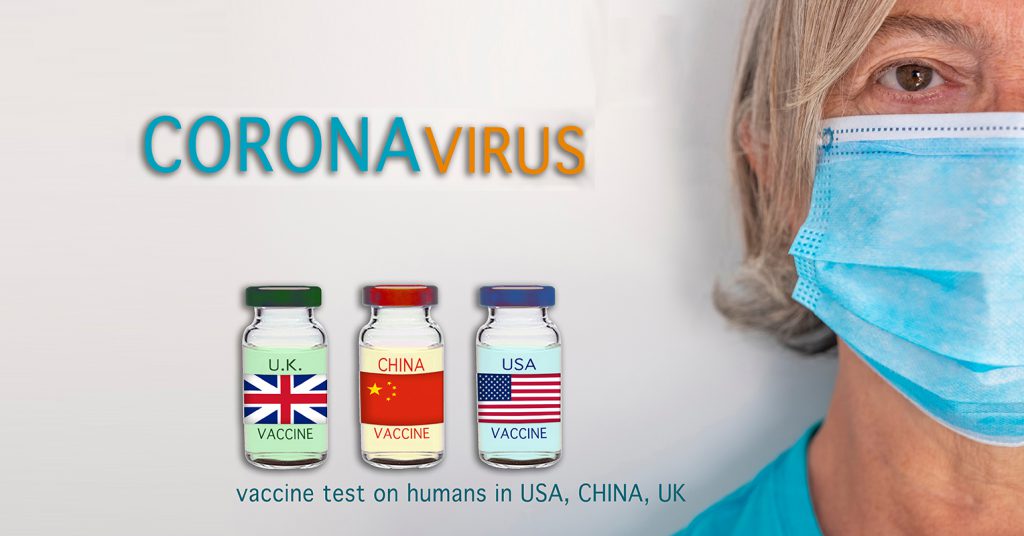 On July 29, Georgia and World released an article headlined “Why Georgia and not America or Spain?” The author claims that Georgia will be one of the first countries to receive a coronavirus vaccine from the United Kingdom, while several countries, including Spain and the United States, are refusing to receive it. Calling Georgian citizens “experimental rabbits,” the author notes that an insufficiently tested vaccine will now be tested on them. 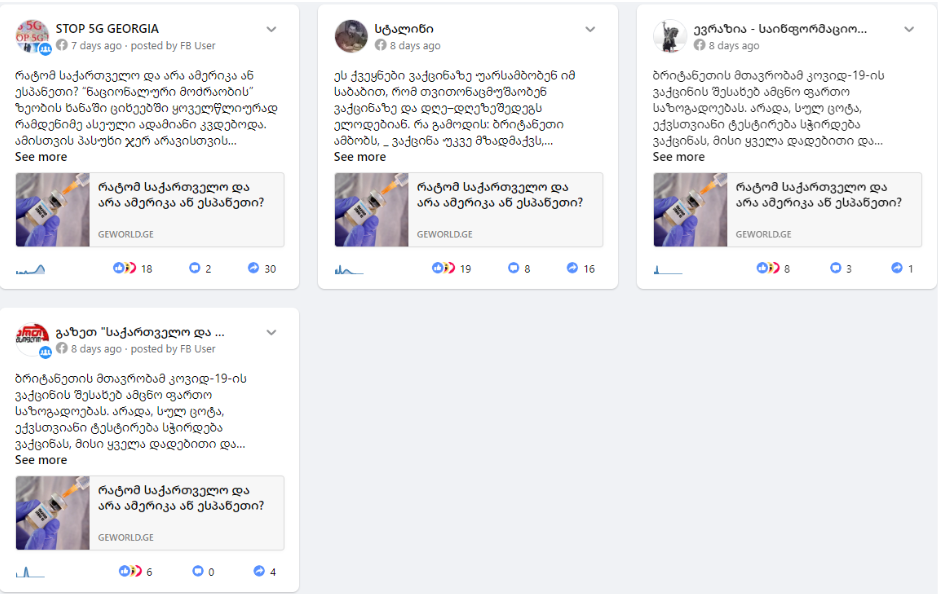 Geworld’s article spreads disinformation and aims at sowing fear about COVID-19 vaccine. In fact, the vaccine is still undergoing clinical trials involving human volunteers that are carried out in both developing and developed countries. As for the vaccine tested in the United Kingdom, the results are quite promising and the company has signed agreements with several countries, including the United States and the EU member states.

Which countries are involved in COVID-19 vaccine trials?

Amid the coronavirus pandemic, various countries are racing to produce a vaccine against COVID-19. According to current data, researchers around the world are developing more than 165 vaccines against the coronavirus, and 27 vaccines are in human trials with volunteers. Furthermore, there are no regulations envisaging mandatory participation in clinical trials. A web portal 1daysooner.org   has been created to serve as a hub between scientists and volunteers. It is made up of more than 32,600 volunteers from 140 countries.

The developed countries are actively involved in testing the drugs that may be effective against the novel coronavirus. For example, the first human trial in the United States began in Seattle in March with a vaccine developed by Moderna Inc. Further, U.S. pharmaceutical giant Pfizer is working together with German firm BioNTech and Chinese firm Fosun Pharma on a vaccine that began human trials in April in Germany and soon after in the United States. Thus, we can conclude that clinical trials are also being conducted in the developed countries and dubbing the developing countries as “experimental rabbits” is incorrect.

What do we know about the vaccine created in the UK?

Geworld writer deems the vaccine created by the United Kingdom unreliable, saying that Georgia will be one of the first countries to receive the vaccine, while other countries, including the United States and Spain are refusing to receive it. This is not true and in fact, the UK vaccine is one of the most promising vaccines to treat COVID-19.

Although several groups are involved in developing the coronavirus vaccine, collaboration between Oxford University and British-Swedish pharmaceutical company AstraZeneca proves most successful. Trials involving 1,077 people showed the injection led to them making antibodies and T-cells that can fight coronavirus.

Georgia has also expressed willingness to receive the coronavirus vaccine once AstraZeneca and Oxford University develop it. In the interview with TV Pirveli, Amiran Gamkrelidze, head of the National Center for Disease Control and Public Health, said: “The key mission of Gavi, the Vaccine Alliance, is to make vaccines equally available to both developed and developing countries. With the help of this alliance, we have already introduced four new vaccines over the past years. Therefore, I am sure that Georgia will be one of the first countries to receive the vaccine once it is approved by various regulatory bodies as being safe and effective.”

Gamkrelidze’s statement makes it clear that the country will receive only clinically tested and approved vaccines; thus, Georgia cannot be dubbed as “an experimental rabbit.”

Which countries are key testing grounds for AstraZeneca vaccine?

To highlight a doubtful quality of an investigational vaccine and its possible side effects, the author of the article claims that the vaccine is not supplied to the countries, where the pandemic is still raging – such as the United States and Brazil. This part of the article is also far beyond reality.

AstraZeneca and Oxford University expanded the trial to other countries because levels of coronavirus are low in the UK, making it hard to know if the vaccine is effective. According to official data, there will be a large trial involving 30,000 people in the U.S. The latter gave AstraZeneca $1.2 billion to fund Oxford University coronavirus vaccine. Clinical trials are going on in Brazil and South Africa. Moreover, around 1,600 people will participate in the clinical trial in India. 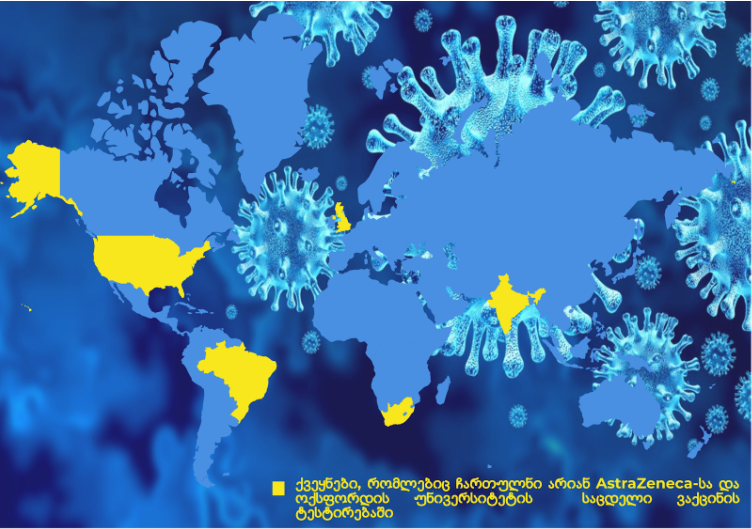 In addition, AstraZeneca forged deals with multiple countries to produce more than two billion doses of the investigational COVID-19 vaccine and hopes to secure approval by the end of this year. The company signed agreements with the UK, U.S., and European Union.

Are clinical trials proceeding with observance of all phases and rules?

The author of Geworld’s article notes that the vaccine trials are not reliable enough, but he is again mistaken, because the testing is proceeding with observance of all phases and rules. The vaccine has already gone through various phases, showing quite promising results.

During preclinical studies, the vaccine was tested on rhesus macaques; it was followed by the phase I trial, when 1,077 volunteers were enrolled to receive investigational vaccines. During the phase II trial, the vaccine was tested on various age groups, particularly children aged 5-12, adults aged 56-69 and volunteers over 70. The phase III part of the study involves assessing how the vaccine works in a large number of volunteers over the age of 18. Thus, the vaccine is still undergoing relevant clinical trials and the author’s claims as if it is not tested on various age categories are groundless and aim at spreading disinformation.

This is not the first time the misleading information is spread about the coronavirus vaccine. Myth Detector has already verified fake news as if the vaccine is tested on patients in the so called third countries, including Georgia. See Myth Detector’s earlier publications about the myths related to vaccines: